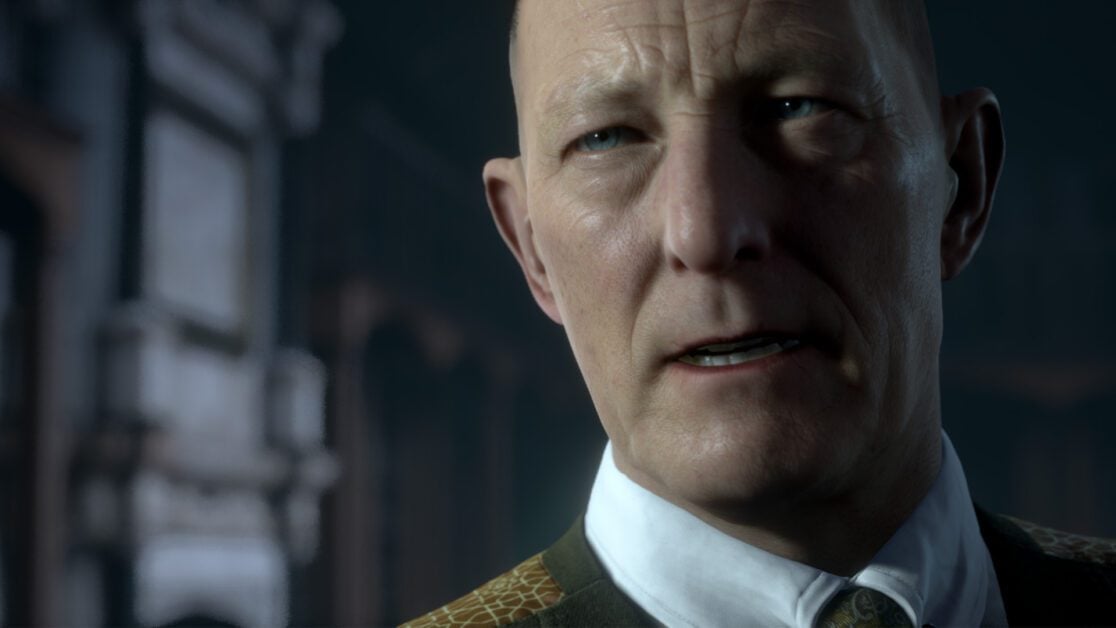 While it hasn’t been officially released yet, you can already watch the trailer for Supermassive Games next title The Dark Pictures Anthology: The Devil In Me.

The trailer acts as a little reward for players who get a specific ending in The Dark Pictures: House of Ashes. The trailer shows a man sitting in a smoky room, with his back to the camera. He’s talking about the beauty of watching the life bleed out of someone, with various bits of gory imagery to match.

Also revealed at the end of the trailer is the fact that The Dark Pictures Anthology: The Devil In Me is going to be the “Season One Finale”. The Dark Pictures Anthology all share the same universe, connected by a character called The Curator. The Devil In Me being the season finale implies they’ll be wrapping up this storyline, but also that they have a season two in store.

It shouldn’t come as a shock to anyone that connected universes are all the rage right now. The Dark Pictures games have proven to be a moderate success, riffing on a range of horror genres. I’m wondering if season two will continue its take on horror games, or if it aims to tackle a different genre.

The Dark Pictures Anthology: The Devil In Me will also contribute to the growing trend of AA games. These are titles that don’t have the budget of AAA, but aren’t as small as indies. Games like Control and Life is Strange fit into that bracket, and often make for interesting experiences in the industry. Hopefully the success of games like these will push bigger developers to narrow the scope of their games.

Are you excited for another Dark Pictures game? Let us know across our social media channels.