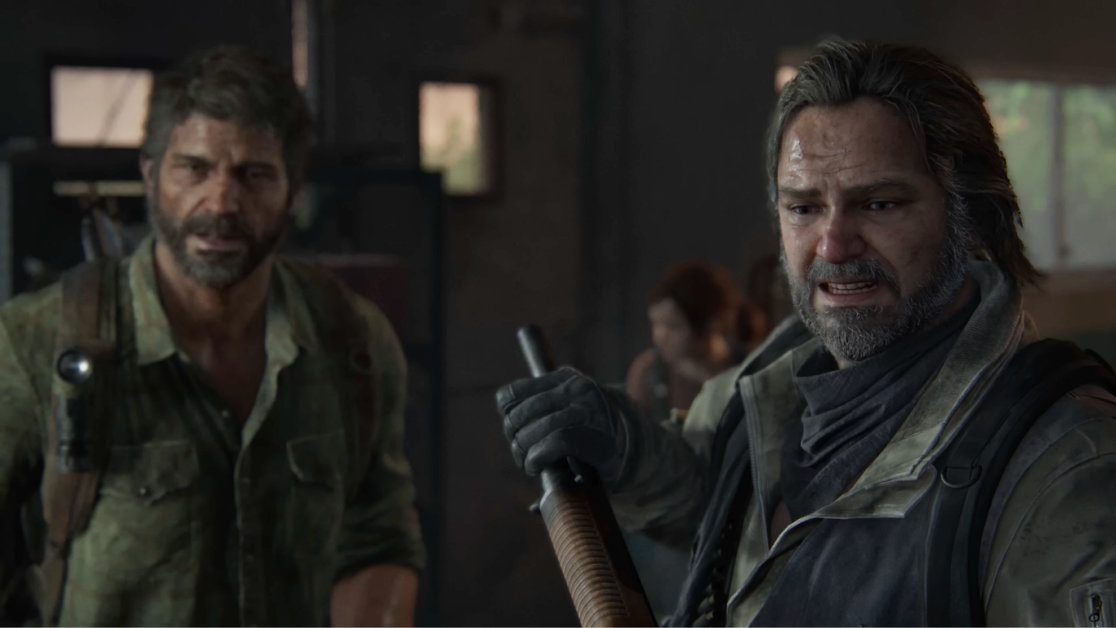 The Last of Us remake has had 7 minutes of unedited gameplay Naughty Dog’s classic, which releases later this week.

The gameplay footage in question is taken directly from the chapter “Bill’s Town”. The footage begins with Ellie, Joel and Bill trying their absolute best to sneak into an abandoned school building. However, chaos inevitably breaks loose.

Bill is a Last of Us favourite

As the video concludes, we witness the first encounter with an infected type known as a “Bloater”. If you’re worried about spoilers, don’t worry too much. There are no major plot spoilers in the video, it’s simply Ellie, Joel and Bill fighting their way through waves of infected.

Be wary of The Last of Us Spoilers

However, speaking of spoilers, I feel the need to give you a heads-up. An official developer diary was released just a few short days ago entitled “The Last of Us Part I Rebuilt for PS5 – Honouring the Original”.

Without warning, this particular video jumps into a major spoiler at the beginning of the game. So, if you’re about to experience The Last of Us for the very first time, you might want to avoid this one.

In related The Last of Us news, if you want to enjoy a relatively spoiler-free video, then I’d recommend checking out the remake’s incredible launch trailer. Elsewhere in the land of the infected, we were recently treated to our first look at The Last of Us series from HBO.

The remake arrives this week!

The Last of Us: Part 1 releases for PlayStation 5 this Friday on September 2nd. The remake will then be released for PC at a later date.

Are you looking forward to The Last of Us remake on PS5 and PC? Let us know across our social media channels.