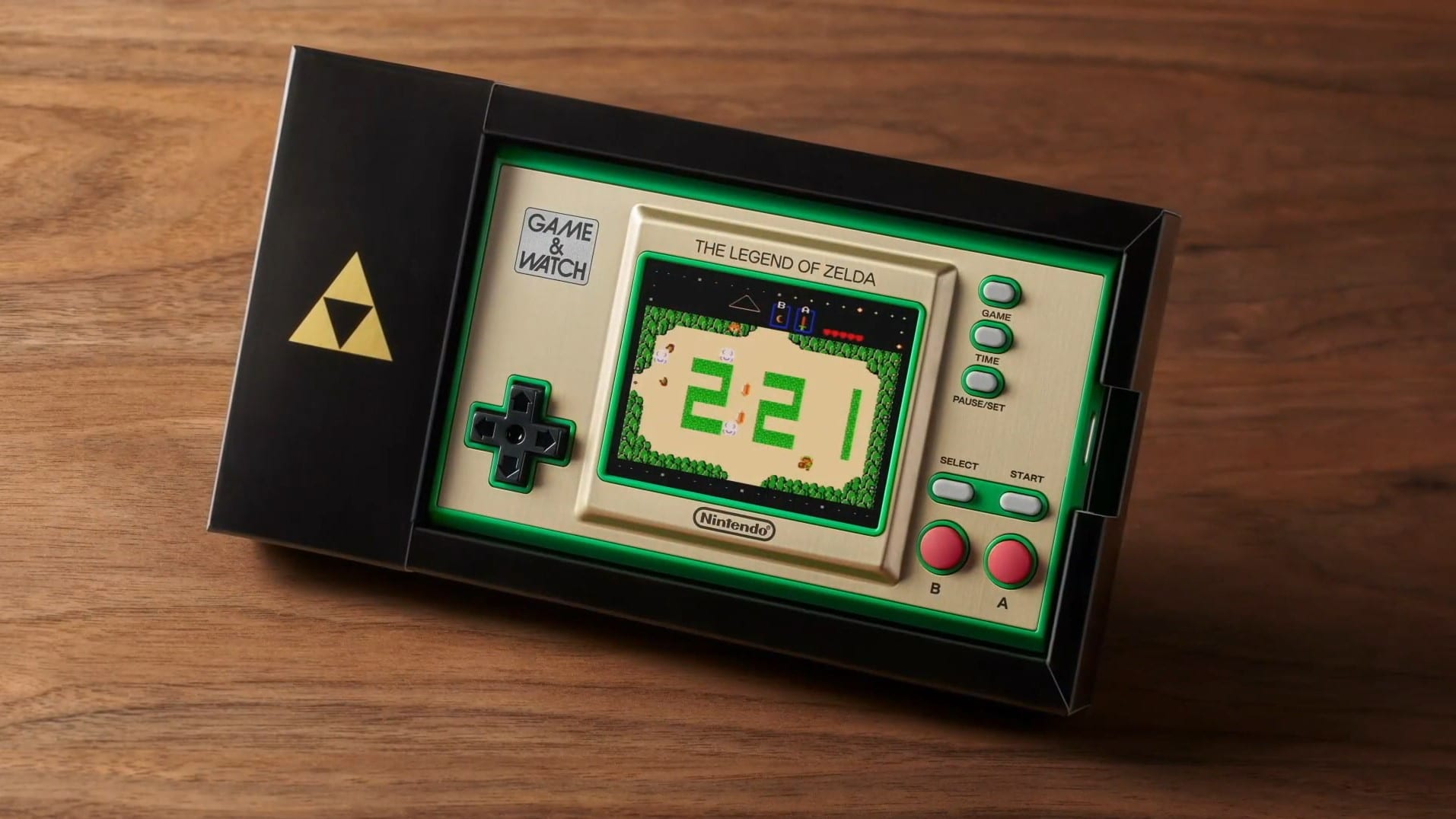 Nintendo has unveiled a brand new Zelda Game & Watch as part of the series’ 35th-anniversary celebrations. However, unlike Mario’s version of the commemorative console, the Zelda handheld features three classic games as well as a bunch of Game & Watch goodies.

Last year, Nintendo released a Super Mario Game & Watch console in line with the franchises 35th birthday. However, while the handheld was a beautiful collector’s piece, its pre-loaded content left a lot to be desired. While the Game & Watch did come with Super Mario Bros and the Japanese version of the sequel installed (which is essentially like DLC for the first game), it failed to include any other games from the franchise.

Fast forward to 2021 and Nintendo has decided to give Zelda the Game & Watch treatment. Thankfully, Nintendo has taken last year’s criticism on board, as the Zelda collectable comes with The Legend of Zelda, The Legend of Zelda, Zelda II: The Adventure of Link and Link’s Awakening included on the device. Also included is a special version of the Game & Watch game Vermin, which features Link instead of the original’s Mr Game & Watch.

So, what can we expect from this new Game & Watch console?

Well, the device will likely be physically identical to the Mario version. Of course, while Zelda fans will be delighted at the announcement of this new Game & Watch, Nintendo could utilise the technology within it to make a Game Boy Mini console. Whether or not this will happen in the future remains to be seen. However, Nintendo seems to have a thing for producing collectable gaming experiences, rather than all-inclusive packages.

Hopefully, Nintendo’s commemorative Game & Watch improvements are a sign that the company is listening to fans. Sure, Nintendo could just make a Game Boy mini. However, the Zelda Game & Watch could be Nintendo’s way of testing the water for a second time. Who knows, perhaps if the Zelda collectable sells well enough, we could see the company recreate the Game Boy at some point in the near future.

What do you make of this Game & Watch: The Legend of Zelda handheld? Let us know on our social media channels! If you’re in the UK can pre-order it now from the GameByte Shop.