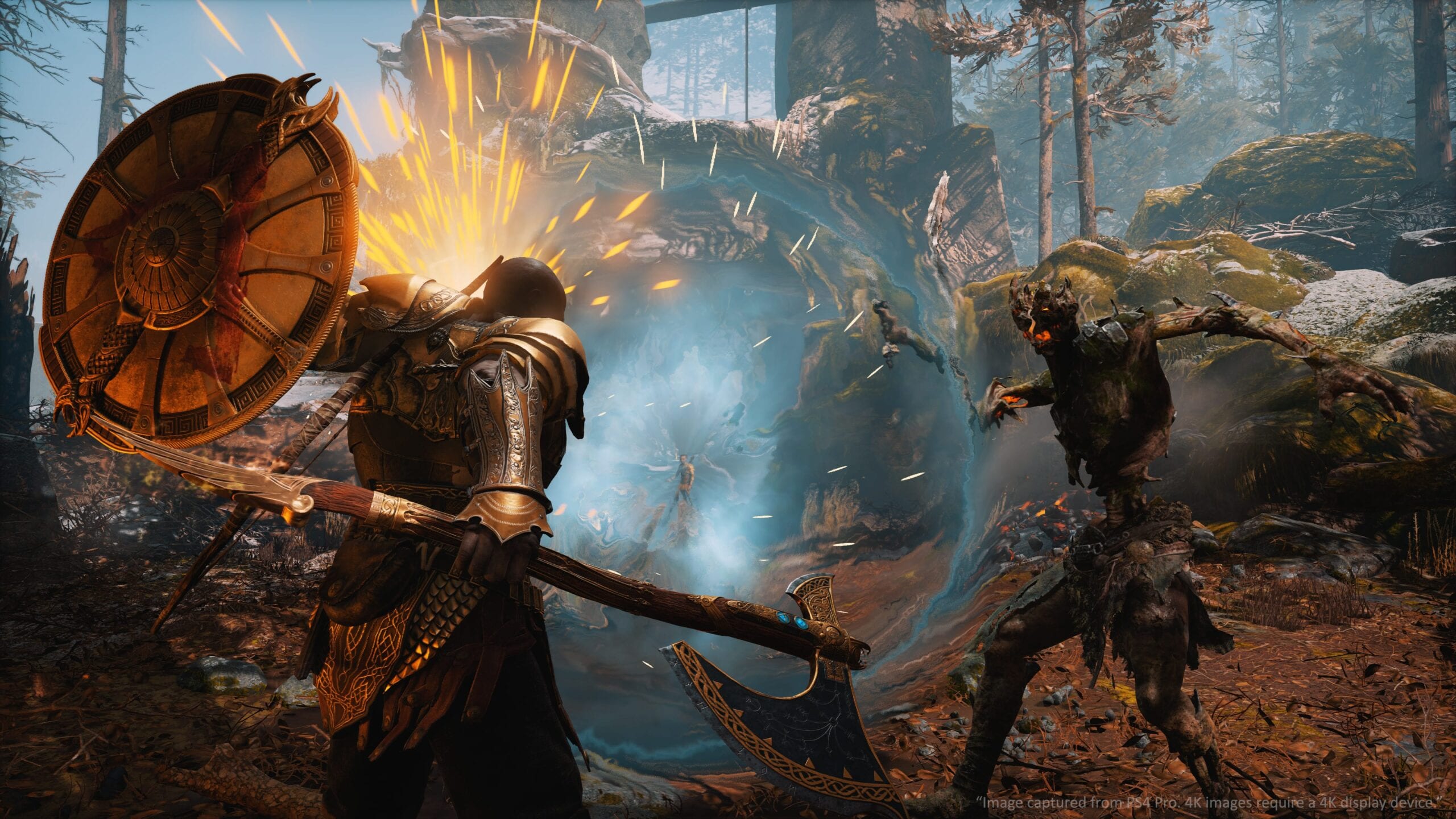 We’ve already been spoilt for choice this year with a fantastic variety of video game on offer, across just about every platform and genre. Now I certainly know that graphics are not the be all and end all, but if done right, they can certainly add to the games immersion. Some visuals will look incredibly life-like, some might have a retro art style and some are just so unique, that they standout on their own.

With that said, in this article I will be looking at my favourite and most visually impressive games that I’ve played so far for 2018. Now this article is purely subjective based upon my own tastes and I’ll only include games that I’ve actually played, which means that there will be loads of other games that won’t make this short list, which is in no particular order. 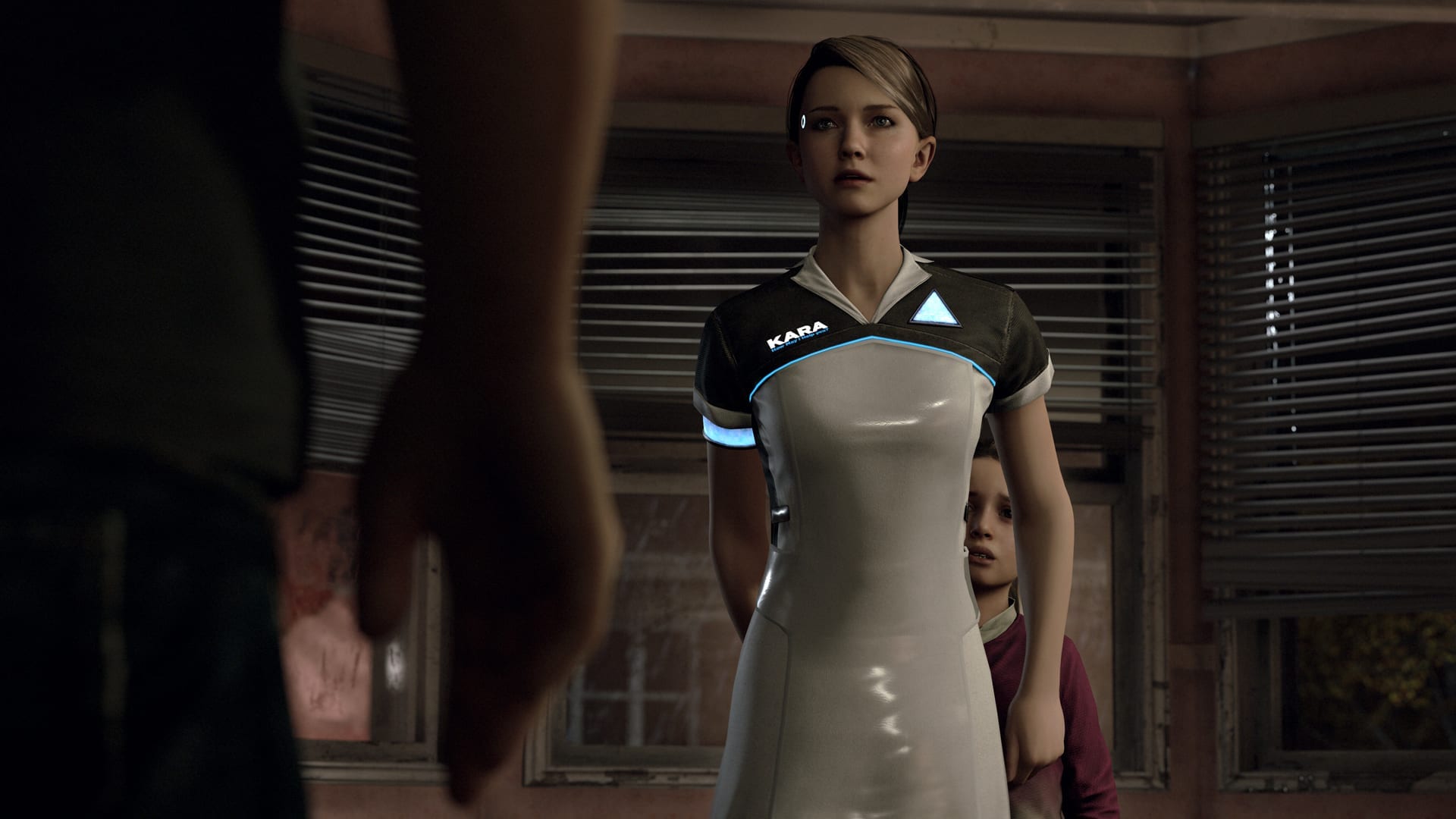 Even back in the day with Fahrenheit/Indigo Prophecy from Quantic Dream, it was a quite visually impressive game for its time. But over the years as games have evolved, this studio has brought us some of the best looking games of its generation with the likes of Heavy Rain and Beyond: Two Souls on the PlayStation 3 (which were both later remastered) and more recently, Detroit: Become Human on PlayStation 4.

David Cage games have always been an acquired taste, whether it’s the form of storytelling or its gameplay approach, but there’s little denying that Detroit: Become Human especially, is one of the best looking games to release this year. Quite ironically, in terms of likeness and human realism, you’d struggle to find a better looking game on any platform. It really is a technical marvel in that respect and with its multiple powerful, entwining storylines and stunning visuals; it’s certainly a game that I would recommend checking out. 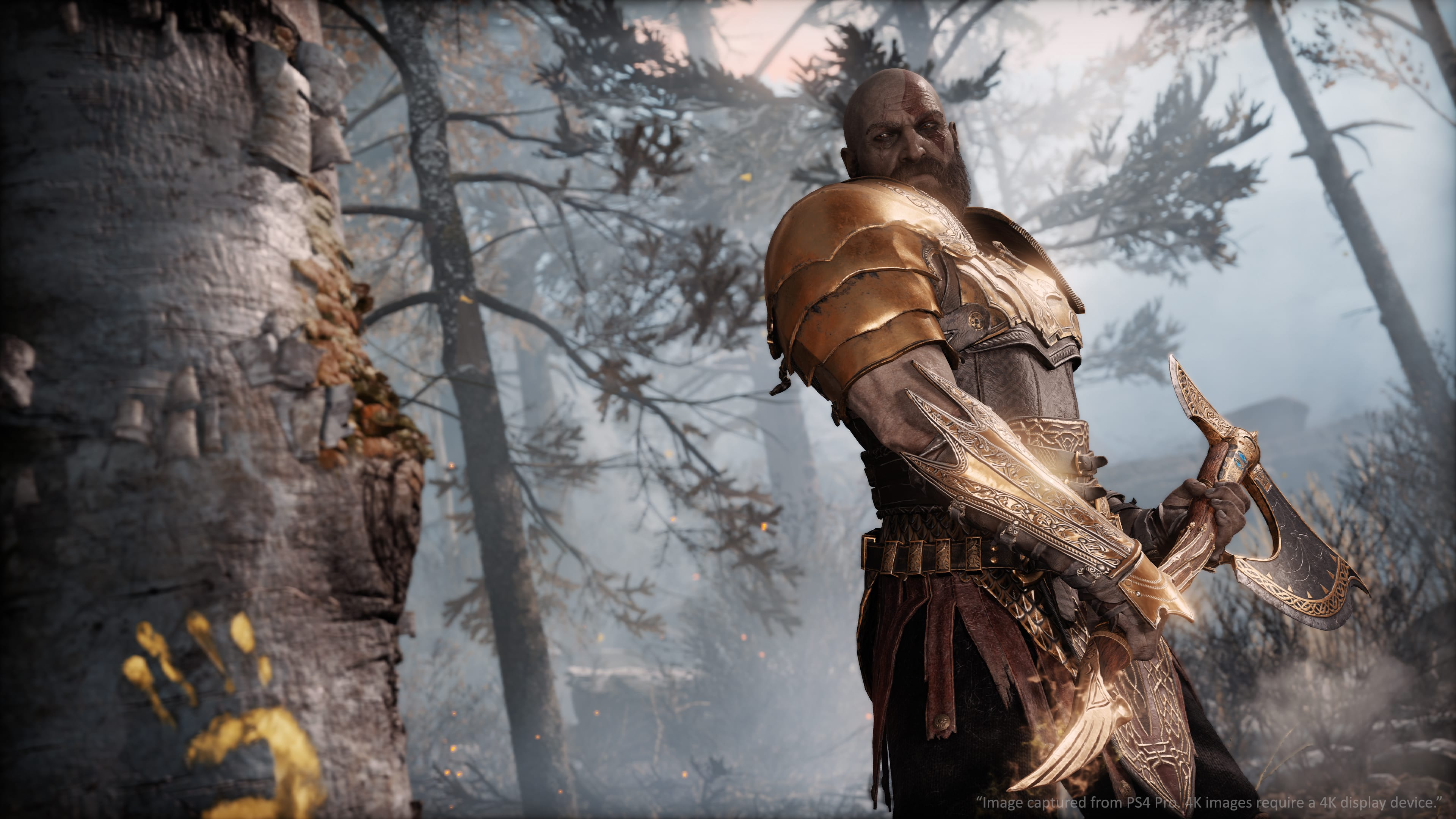 BOI! Or as Kratos should call him “Atreus”, which is the name of the son of Kratos. Much like titles from Quantic Dream, the God of War series from Santa Monica Studios have always been one of the standout games for the PlayStation brand. In an act of revenge and fury, Kratos had slain any Greek God stood in his way following the death of his family and that included the almighty Zeus!
It took a while for God of War to debut on the PlayStation 4, but my god, it was worth the wait. Not only was this the most story-driven game in the series inspired by Norse mythology, with the emotional attachment of Atreus at the side of Kratos, but it was also bloody beautiful to look at too. Slaying Gods have never looked so good, in this varied and somewhat open-world that Kratos had to explore located in the stunning lands of Norway. God of War might just be my favourite game to release this year and if there ever was a console seller for 2018, this is it! 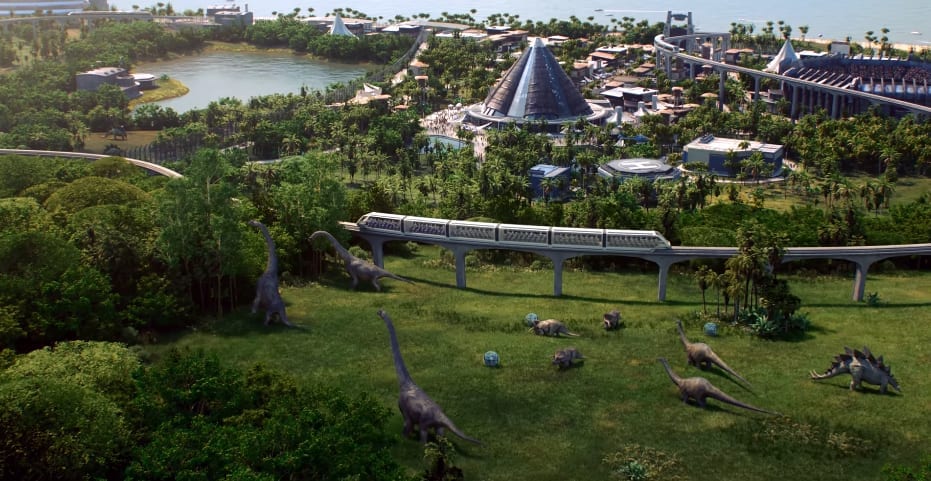 Business Simulation games don’t always work on console, but sometimes you do have an exception to the rule and the recent Jurassic World Evolution was one of those exceptions. Based upon its movie counterparts, Jurassic World Evolution would task you with successfully running dinosaur theme parks across various islands, each with their own challenges and difficulties to take head-on. As you progressed in the game and unlocked new islands and business opportunities, so too would you unlock just about every dinosaur you could think of. Don’t get me wrong, your park can look a mess if you just placed structures in random places and god forbid if dinosaurs escaped their enclosures, resulting in your guests being bathed in blood, Jurassic World Evolution can look absolutely gorgeous at times.

From the lush greens of Isla Matanceros, to the intimidating darkness and conditions of Isla Pena, each of the six (one being a bonus location) islands are a joy to behold in their own right, and nothing is quite as satisfying as when you first see your T-Rex released within your park for your guests to marvel at. Just make sure that she doesn’t escape! 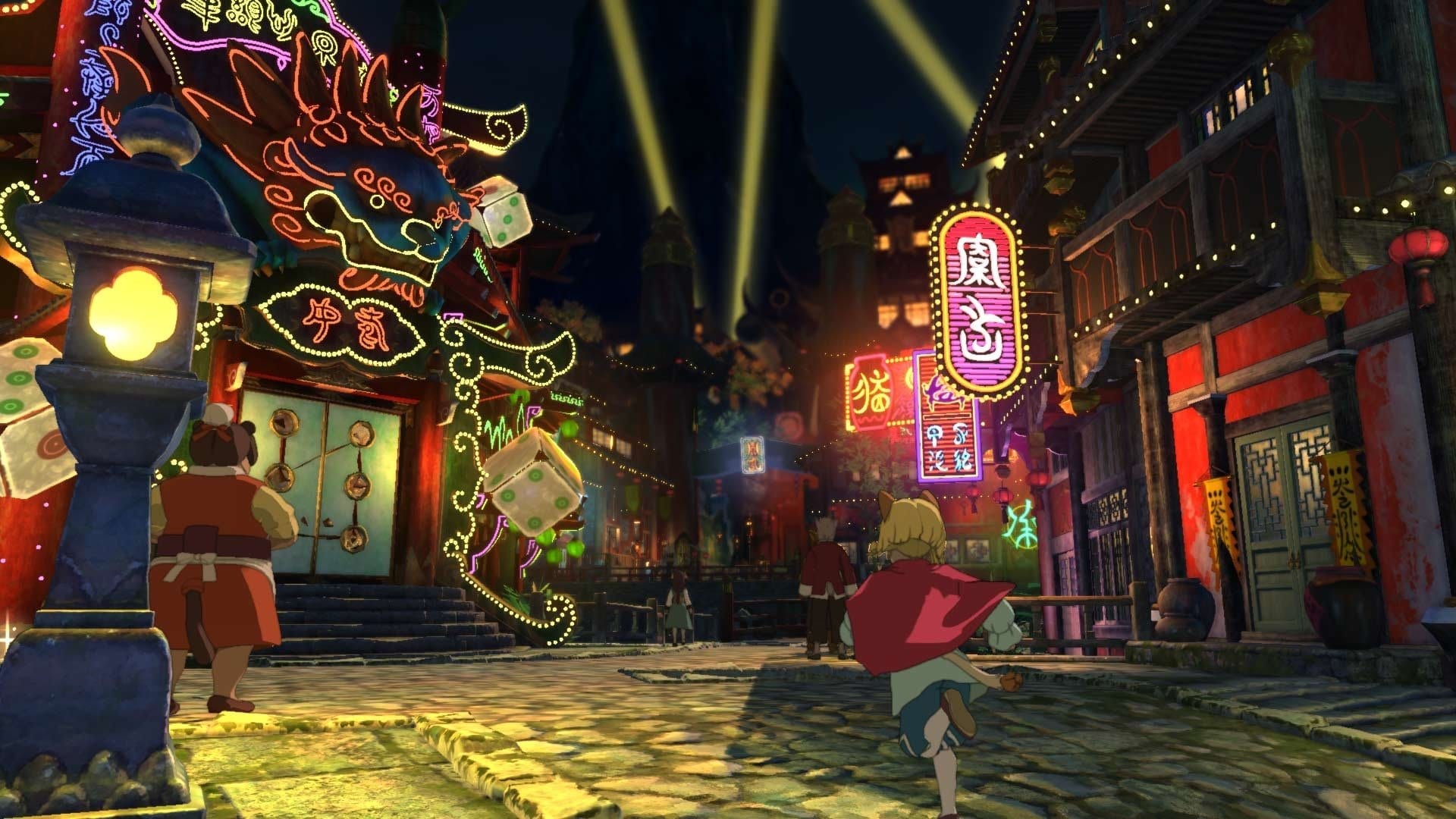 Much like its predecessor, Wrath of the White Witch, its sequel; Ni no Kuni II: Revenant Kingdom looks like something ripped straight out of a highly produced anime. While its art-style might not be everyone’s cup of tea, the animation style of Revenant Kingdom is a pleasure for your eyes to behold and one of the most visually striking games to release this year. Add all of this to a huge, expansive open-world; with a Kingdom you can quite literally build from scratch, a luring story and some epic boss battles, you can see why this series is thought of so fondly. Even if JRPG’s aren’t normally your thing, I urge you to give Ni no Kuni II: Revenant Kingdom a chance, which by the way, looks especially gorgeous on the PS4 Pro.

Shadow of the Colossus (PlayStation 4) 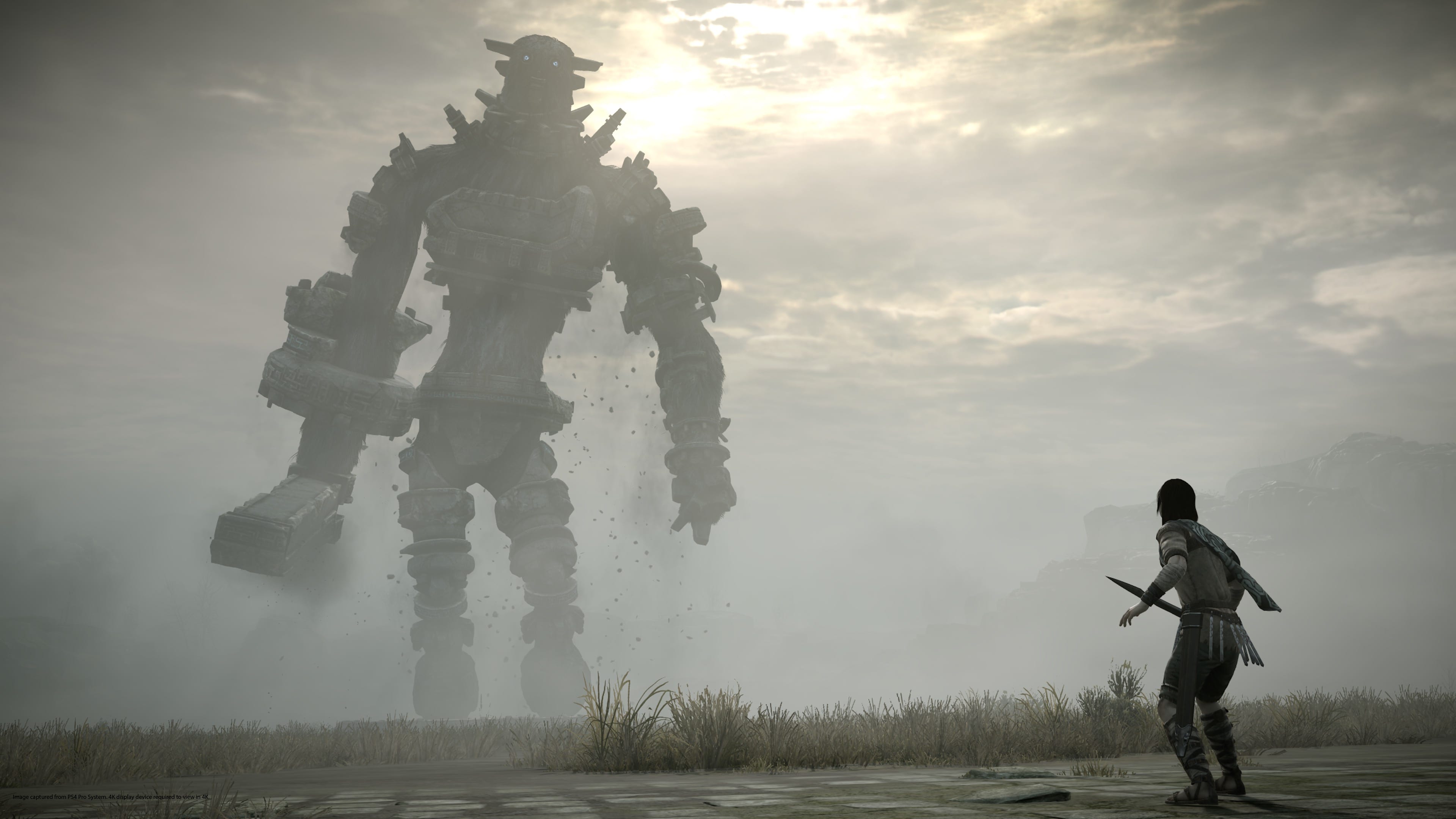 I missed the initial release of the original Shadow of the Colossus when it launched on the PS2 back in 2005, but thankfully for me and many others (including returning fans), this iconic PlayStation title was rebuilt from the ground-up for the PlayStation 4 and some consider it to be one of the best looking games to ever release during this generation. Even when you take away it’s emotional and mystical tale, it’s difficult to put into words how beautiful this game can look, regardless of whether you’re playing on a standard PS4 or the PS4 Pro. Honestly, this game is quite simply beautiful in so many ways and if you own a PS4, you must also own this game to see why it’s considered to be one of the greatest and beloved games of all-time. 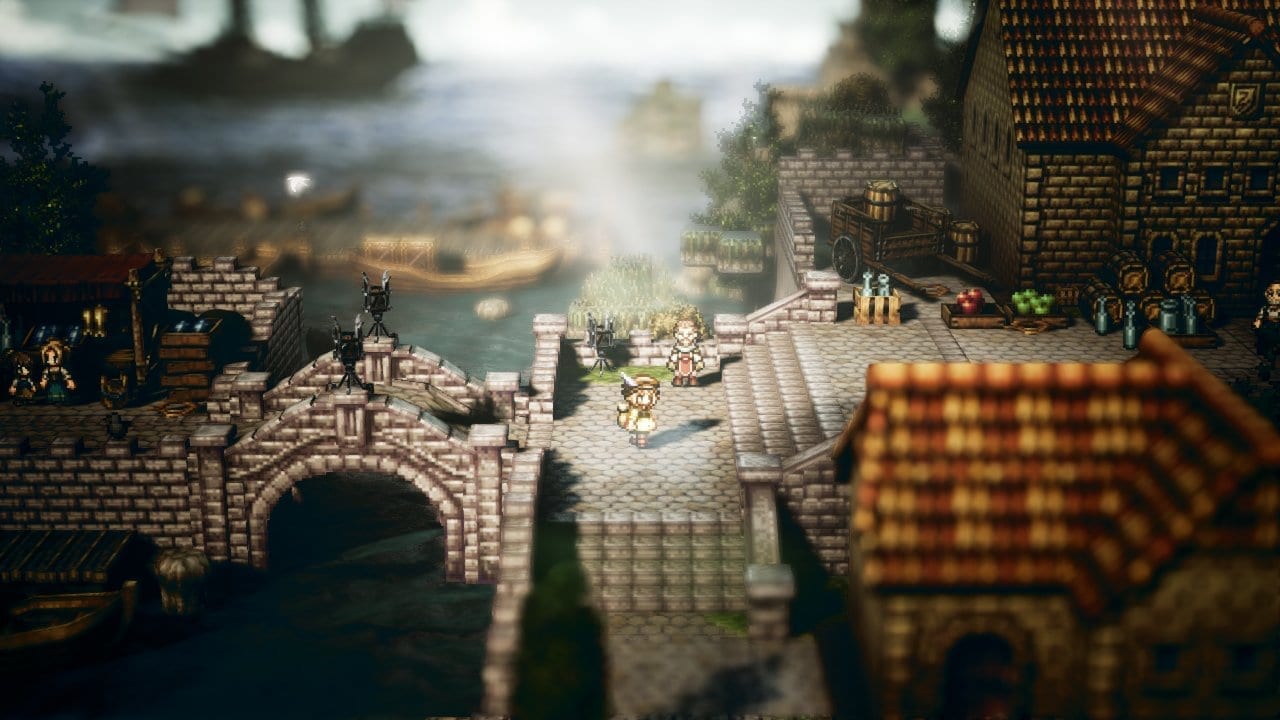 Octopath Traveler is a game for me that kind of came out of nowhere. I’ve never played a JRPG (shocking I know) up to this point, but mixed with its unusual art style and mesmerizing music from the handful of trailers that I had watched pre-release, I found myself lured in by this Nintendo Switch exclusive. Octopath Traveler is styled in a 2D/HD world infused with 16-bit sprites influenced from the SNES JRPG’s of yesteryear and the results are truly magical. Not only that, but Octopath Traveler is a wonderful game and one of the best games to release this year. If Octopath Traveler can win me over and bring me into the world of the JRPG, then it can win over anyone. 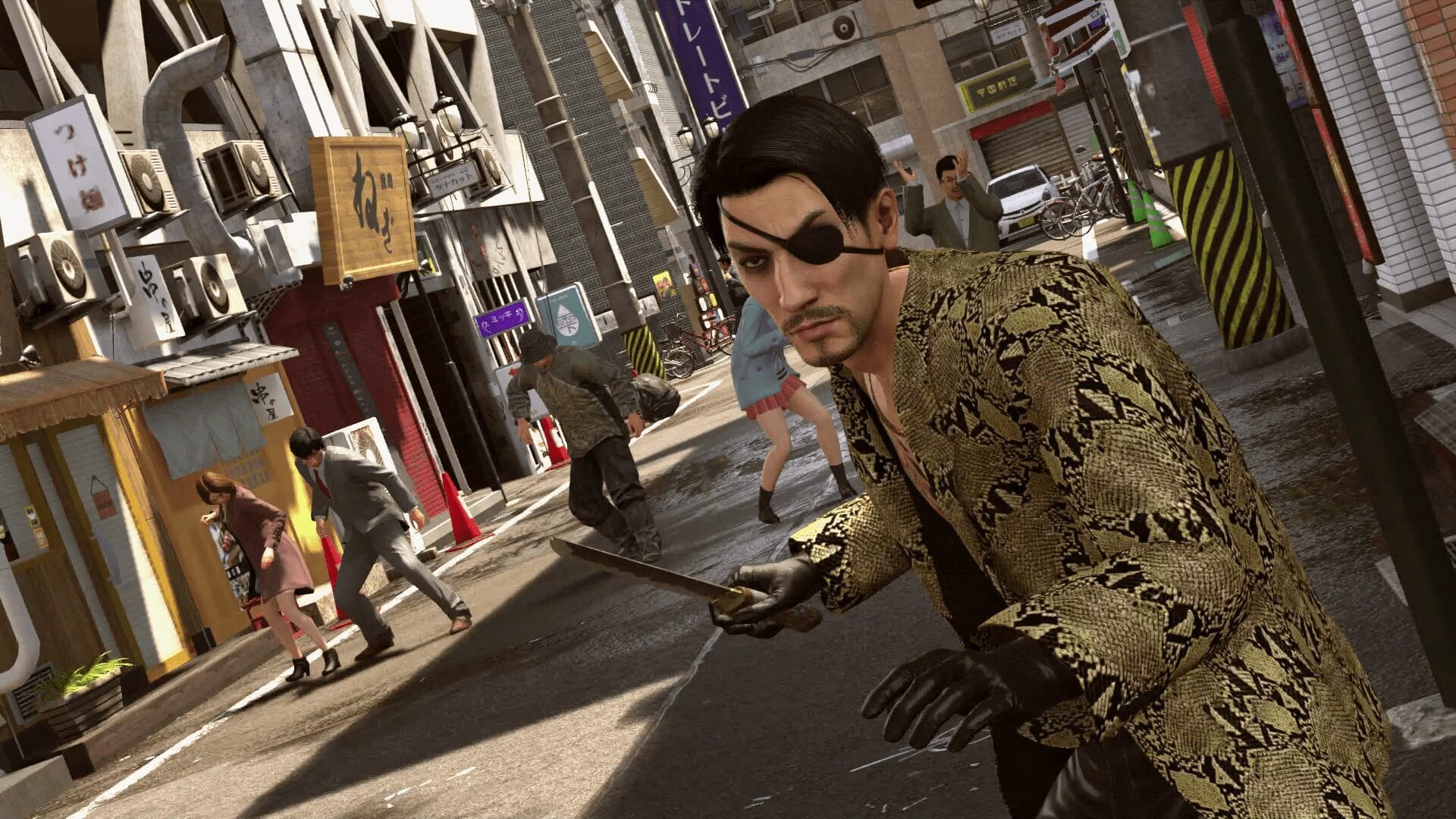 Now this is an odd one, because officially the game isn’t out yet (at least at the time of writing). But being new to the world of Yakuza, I’ve been working my way from Yakuza 0, Yakuza Kiwami and soon I’ll be going into Yakuza Kiwami 2 which is out in the west on August 28th. So with my insistence on playing the series in chronological order, I’ve not gotten around to playing Yakuza 6 yet. So up until recently, I’ve not seen the all-new Dragon Engine in all its glory, which just so happens to also power Kiwami 2. So when I fired up the Kiwami 2 demo (currently on the PSN Store), I saw firsthand how much of a visual upgrade this remake really was from the games that I had played before. The Yakuza series has never looked so good (well, apart from Yakuza 6, but I’ve not played that yet) and I can’t wait to play the full game to get immersed into the city of Kamurocho once more in its seamless, enticing world. 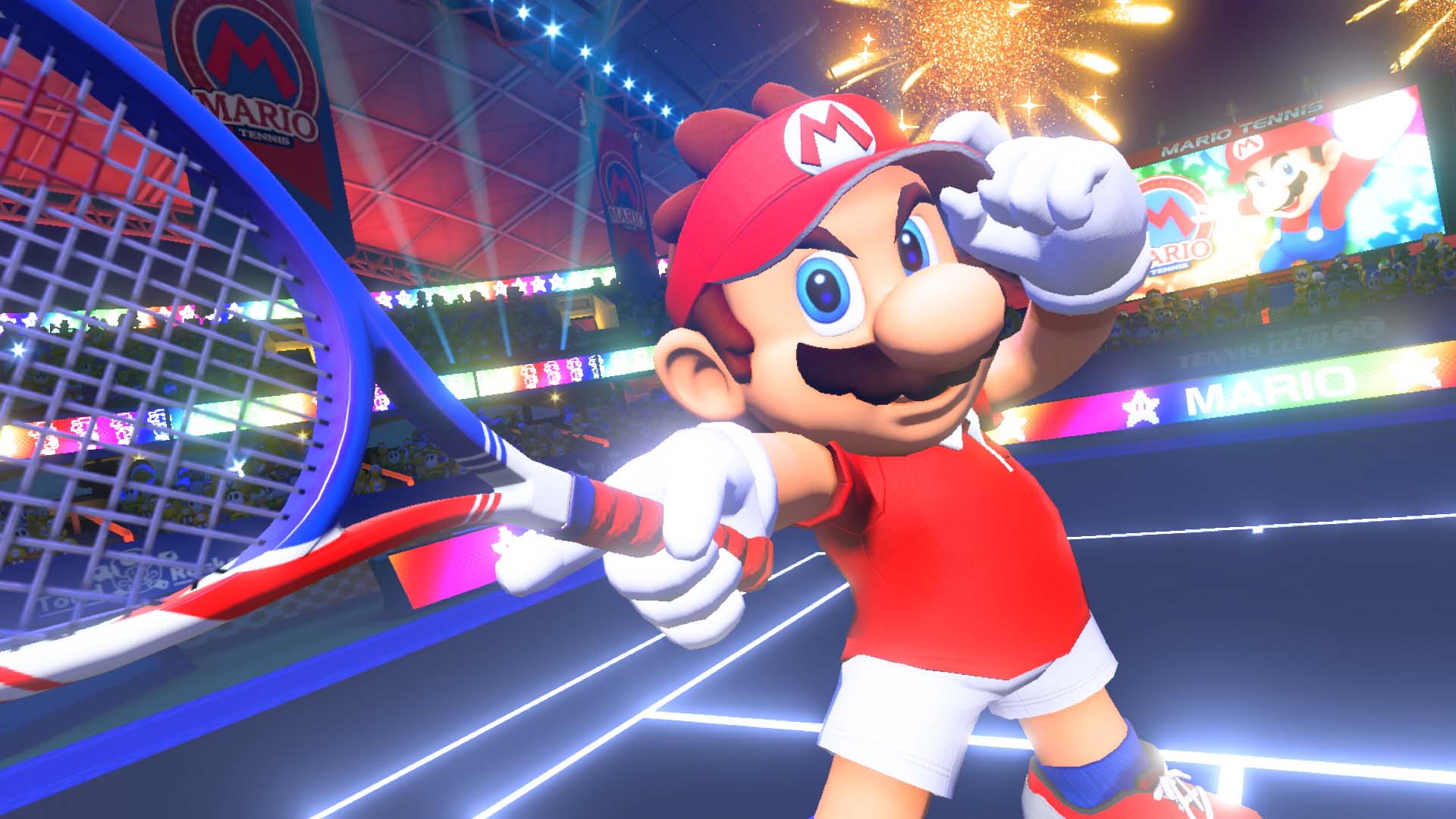 Pretty much any gamer will instantly recognise the visual style of a flagship Nintendo franchise and Super Mario spin-off, Mario Tennis Aces is no exception. Not only is the gameplay easy to pick up and play, but it also fits the old cliché “easy to play, hard to master.” All this with the colourful, vibrant and fun loving visuals that only Nintendo and the world of Super Mario can deliver. Regardless of whether you’re playing docked or in handheld mode, Mario Tennis Aces is one of the best performing, fun and most eye pleasing games currently on the Nintendo Switch.

Well that concludes my list of the most visually impressive games that I’ve played this year so far, so be sure to keep a lookout for part two later in the year and remember to let us know what games have impressed you most visually in 2018 across our social media channels.