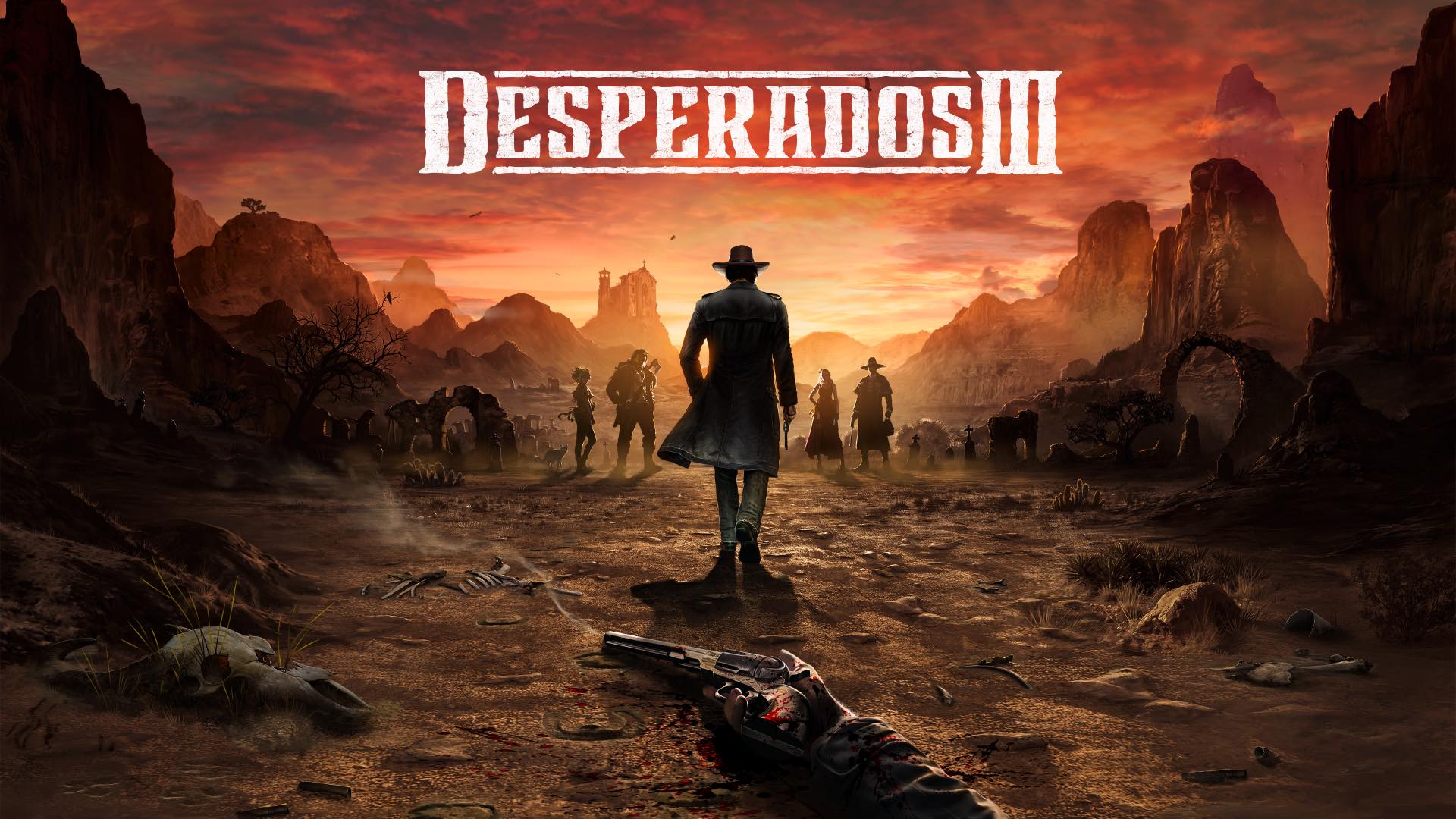 It’s time to saddle up and get ready to ride as one of the most highly-anticipated origin stories of the year is now here. Desperados III, the next addition to the classic Desperados series, promises to deliver ruthless tactical and stealth action, set against the backdrop of a classic Wild West adventure. Whether you’re new to the franchise or not, Desperados III is here to take top-down tactical gaming to the next level.

If you’re thinking about adding Desperados III to your wishlist, here’s everything you need to know about the game.

What Is Desperados III?

Desperados III is the sequel to the phenomenal Desperados: Wanted Dead or Alive, a game which first launched back in 2001. Wanted Dead or Alive is fondly remembered as one of the best strategy games of all time, and even nearly two decades on from its release, it still boasts an incredible user score of 9/10 on Steam. The next addition to the franchise is set to improve on its predecessor in every way possible, making the world bigger, badder and even more lethal than ever before.

Even before release, Desperados III has a number of impressive accolades under its belt, including the gamescom Best Strategy Game (2019) award. In short, if you’re not already excited, then it’s time to strap in.

Desperados III follows John Cooper and his gang of outlaws, including runaway bride Kate, the nefarious and not-to-be-trusted hitman Doc McCoy, Hector the giant trapper, and the mysterious voodoo priestess, Isabelle. Serving as a prequel and origin story, Desperados III sees Cooper embark on a quest for redemption, and you’ll have to navigate your cast of characters through the expansive Wild West in order to fulfil your goal.

Desperados III might look pretty simple at first glance, but you’re in for a true test of your skills as you explore the world around you. From swamps and riverbanks to the rural towns you’d expect from classic Westerns, there’s danger waiting for you with every step you take. Of course, no Wild West game can truly be worthy of the genre without a seriously impressive showdown at the end, and that’s just what’s in store for you in Desperados III.

Working through the game with your merry band of travellers gives you lots of opportunities to explore just what each of the five characters is truly capable of. Desperados III is going in all-guns-blazing when it comes to the tools you’ll be able to utilise on your quest for redemption, with the likes of dynamite, poison and bear traps just being the tip of the iceberg.

Cooper excels when it comes to the silent kill thanks to his trusty knife, but he’s also a dab hand with a pistol should it come down to it.

Hector wields a deadly giant bear trap for gruesome but effective takedowns, though his axe will also come in handy against many of the enemies you’ll encounter in the game.

If you’re looking for a more…refined approach, McCoy is the real deal thanks to his arsenal of tactical weaponry. He’s your man for all things strategy, offering up the chance to really make your enemies squirm with knockout gas, lures, poison syringes and – of course – a pistol.

Runaway bride Kate is far from a damsel in distress, and she’s more than happy to rely on her womanly charms to hoodwink opponents. She makes the perfect assassin thanks to her discreetly-concealed gun.

Finally, Isabelle the voodoo priestess is not to be overlooked. Her main ability is mind control, and she has the power to chain two souls together. Doing so unleashes some incredibly deadly consequences, as what happens to one of the souls will also happen to the other.

You’ll need to rely on all of the special skills your crew has to offer if you want to make full use of the arsenal of weapons that Desperados III has available for you. Thanks to the tactical advantages of each of the characters, you’ll find an almost infinite number of ways to play, giving you the freedom to seek out your ideal playstyle to maximise both your wins and your fun.

If this is your first tactical game then there’s no need to panic, as Desperados III is built for both pros and noobs. The real-time tactical elements are easy to understand and quick to grasp, without compromising the gameplay for those who already know their way around an isometric game.

Desperados III uses its top-down, isometric viewpoint to ensure nothing gets past you – something which is going to be invaluable when it comes down to planning your strategies and plotting out your next move. Even the smartest decisions aren’t fool-proof though – thanks to the game’s massive scope, almost anything can happen! Quick saves and quick reloads will be your best friends when it comes to difficult situations. After all, the Desperados’ creed is: Die – Reload – Repeat.

You’ll need to depend on your stealth skills – as well as your creative flair – as you progress through the game. There’s almost endless ways in which you can work through Desperados III, and part of the fun is figuring out the best approach to take down your enemies. Player freedom is paramount here, whether you’re taking out the opposition or if you’re puzzling out how to overcome the next obstacle. Get up close and personal and unleash your true vengeance or try using dynamite for a huge blow-out. You can even put your skills to the test with a no-kill pacifist run. There are no limits in Desperados III, and best of all, with so much choice comes a whole load of replayability!

Perhaps one of the biggest and most exciting parts of Desperados III is its planning mode, otherwise known as Showdown. Showdown will allow you to pause the action, giving you the chance to issue your commands with a little less pressure.

Activating Showdown Mode will give you the freedom to take a deep breath and evaluate what’s happening on the map around you, giving you the opportunity to make the best strategic choices you can. Sometimes spotting a loose boulder will give you a quicker and cleaner way to progress through the game than a brawl would, and Showdown Mode is in place to make sure you’re making the best tactical decisions possible.

When it comes to Desperados III, playing smart can often make the difference between life and death. If you’re ready for the greatest challenge the Wild West has to offer, then Desperados III is your next port of call!

Desperados III is available now on PC, PlayStation 4 and Xbox One.

Part of a paid campaign between GameByte and THQ Nordic.