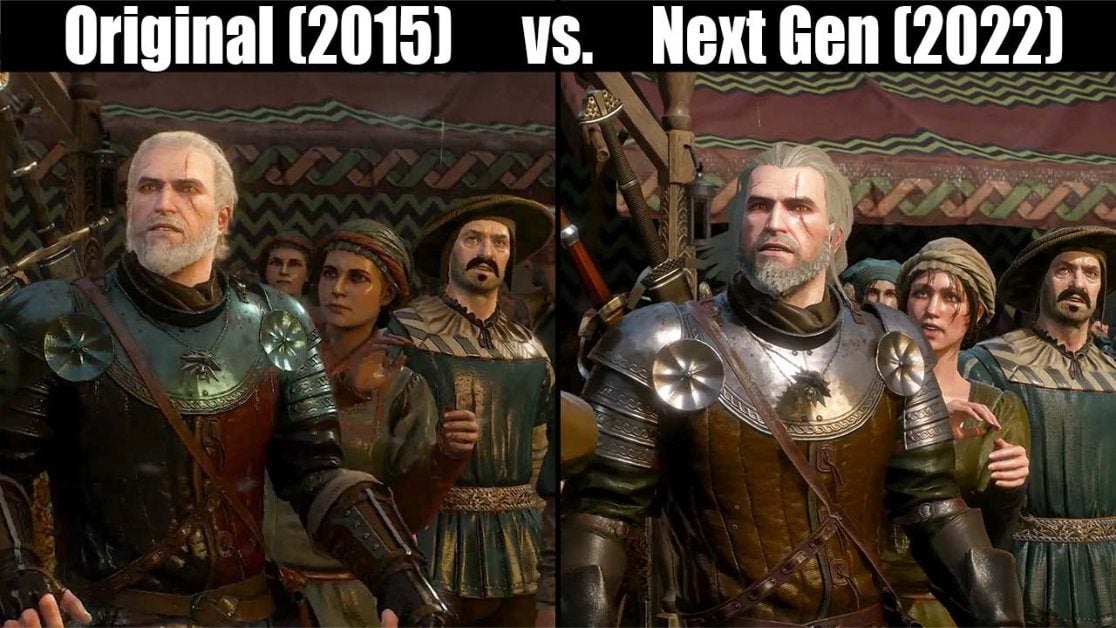 Earlier in the week we finally got our first look at The Witcher 3 next-gen update which has been at least two years in the making. CD Projekt Red first announced the PC, PS5 and Xbox Series X|S update back in September 2020.

The Witcher 3 next-gen update is going to be great!

However, that is not all, because CDPR has promised more updates in the coming weeks as well as some surprises that won’t feature in the launch patch notes. PlayStation 5 players can also look forward to additional DualSense controller features.

Furthermore, the side-by-side video compares the original Complete Edition trailer with this week’s 2022 reveal. We often look back at our favourite games with tinted goggles and our minds can play tricks on us.

However, watching this comparison video gives us a glimpse at the amount of work that has gone into The Witcher 3 next-gen update.

Are you looking forward to the next-gen update?

The Witcher 3: Wild Hunt next-gen update is free to those that own the PC, PS4 and Xbox One version of the game. Finally, the next-gen update releases next month on December 14th, 2022.