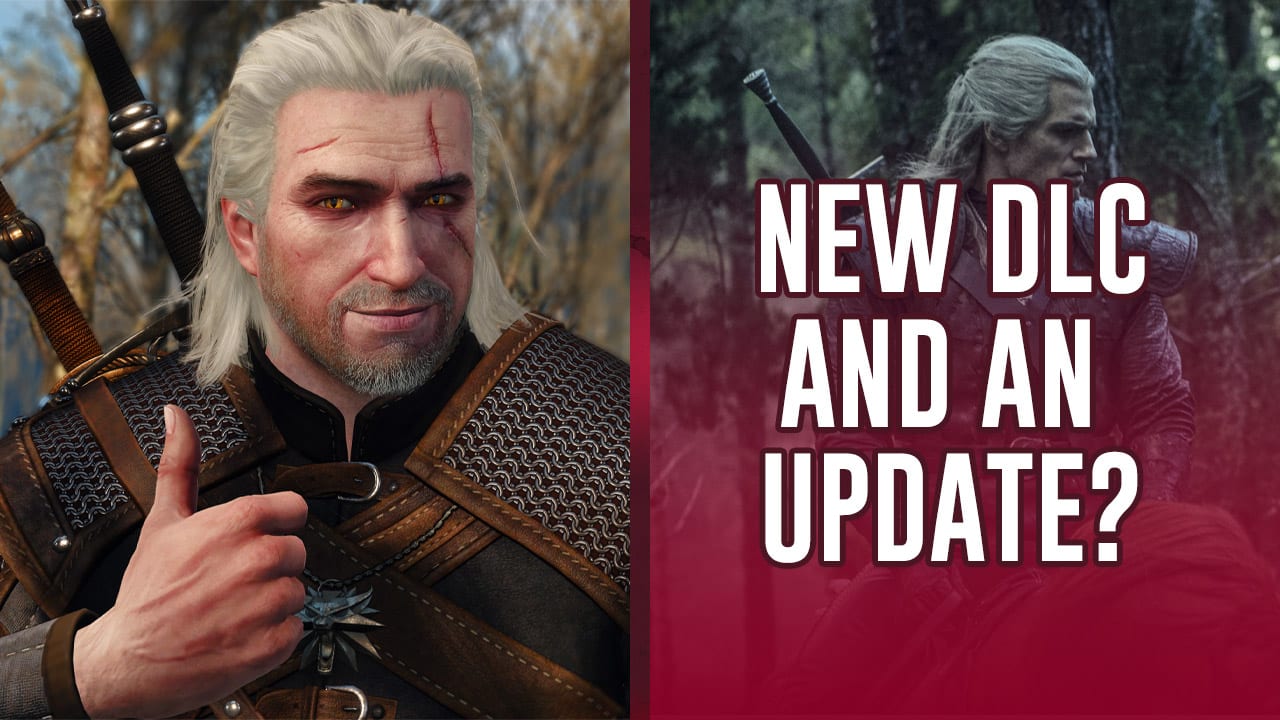 CD Projekt Red has revealed that The Witcher 3: Wild Hunt is getting new DLC inspired by Netflix’s Witcher show.

Announced via the official Twitter account for The Witcher game series, the DLC was announced alongside a next-gen update:

What Else Do We Know About The Witcher 3 DLC?

CD Projekt Red also clarified that the next-gen update will be free for everyone who owns the game, while the DLC is also compatible with every version of the game:

“Before you ask: – the next-gen update will be free for everyone who already owns the game – the DLCs are not exclusive to the next-gen version, they will be available for every version of the game (including PS4, Xbox One and Switch)”

So, what exactly is this new DLC?

Well, CD Projekt Red hasn’t provided any specific details just yet. However, the announcement promo art does specify that it’ll be “extra items inspired by the Netflix series”. In other words, don’t get your hopes up for a new quest or area, it’s probably going to be new armour. I mean, Cavill does look pretty suave in his new black attire.

Hopefully, both The Witcher 3’s next-gen update and the new DLC gives fans a reason to replay. Who knows, perhaps CDPR’s next Witcher chapter is also just around the corner!

Are you going to dive back into The Witcher 3? Let us know on our social media channels. What’s that? You haven’t played The Witcher 3 yet?! Why not grab a copy via the GameByte shop! (don’t worry, we won’t tell anyone).