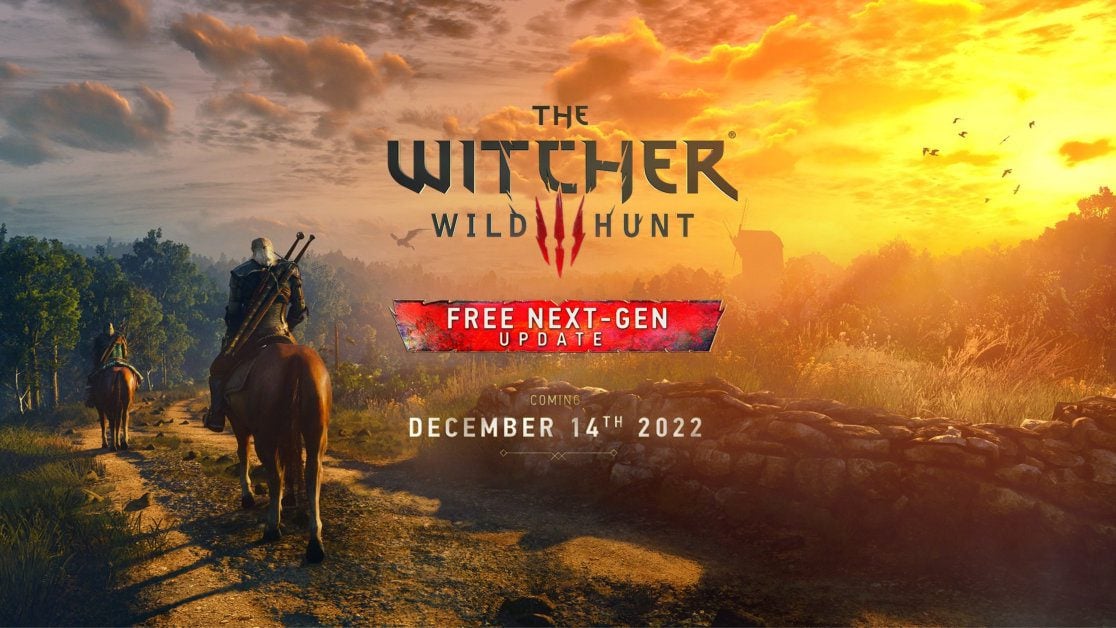 The Witcher 3: Wild Hunt gets its new-gen gameplay reveal later today for PC, PlayStation 5 as well as Xbox Series X|S.

Announced in September 2020, it’s been a patient wait for The Witcher 3 next-gen update after suffering multiple delays. However, earlier in November this month we finally got a confirmed release date.

We can’t wait for The Witcher 3 next-gen update!

The new-gen update brings ray-tracing support, faster loading times as well as “dozens of visual, performance and technical enhancements over the original.” Furthermore, there will also be new content based on community mods and even DLC inspired by the popular Netflix adaptation.

What’s more, the last-gen versions for PS4, Xbox One and Nintendo Switch will not only get the Netflix content but also various fixes and improvements via a free update.

Oh, and of course, anyone that owns the PS4 and Xbox One version of the game will get the new-gen update for free. PC players will also get free enhancements. However, if you don’t own the game yet, a new-gen “Complete Edition” will be available on digital stores as well as a retail release at a later date.

Speaking of the free new-gen update, it might be worth picking up The Witcher 3 for PS4 and Xbox One now, if you haven’t already.

At the time of writing Black Friday sales are plenty and Cyber Monday is also on the way. I’ve seen The Witcher 3 heavily discounted, so if you buy the game now, you’ll get the new-gen version much cheaper than when it officially launches next month.

When and where can I watch the gameplay reveal?

When does The Witcher 3 release on new-gen?

Will you be tuning into the livestream later today? Let us know across our social media channels. The Witcher 3 is out now for PC, PS4 and Xbox One.