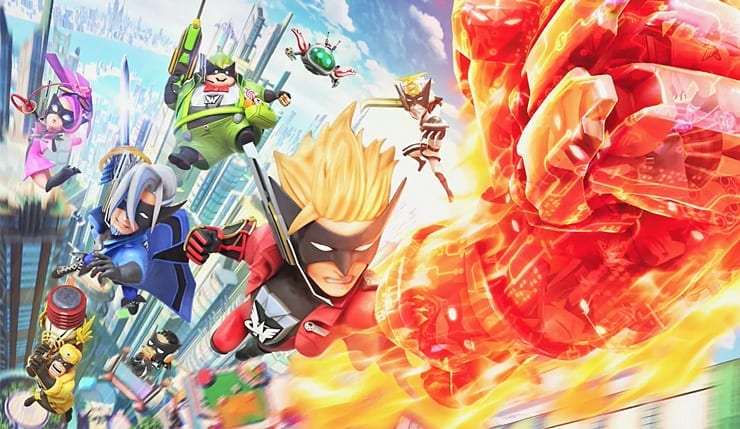 After absolutely obliterating its Kickstarter goal, cult classic game The Wonderful 101 will be getting remastered and launched on Switch, PS4 and Steam.

The 2013 classic, developed by PlatinumGames and published by Nintendo for the Wii U, sadly didn’t reach the millions of players that it deserves, but hopefully its remaster will fix that.

Over on Kickstarter, the developers write: ” In this game, players take control of the Wonderful Ones, heroes from all over the world chosen to defend the Earth from all manner extraterrestrial threats! When the peaceful Blossom City comes under attack by alien invaders, Wonder-Red, Wonder-Blue, and the rest of the Wonderful Ones suit up and unite to save the world!

The project became fully funded in just a matter of hours, with over 17,000 backers at the time of writing.

Lots of people have been enjoying the backer perks – especially the one that will see director Hideki Kamiya block you on Twitter. Because he’s known as the guy who blocks a lot of people on Twitter.

There have been some questions as to why PlatinumGames has chosen to crowd-fund, despite being a well-known studio. In the FAQ section of the page, the company explains: “Although PlatinumGames has been able to grow over the years thanks to the players and our fans, we still haven’t been able to fully realize our long-time dream of self-publishing our own IPs.

“With your support, we hope not only to bring The Wonderful 101 to a wider audience on a variety of platforms, but also to add some content that will enhance the experience even more! This campaign is your chance to empower us to pursue self-publishing and take our destinies into our own hands.”

Check out the Kickstarter right here.