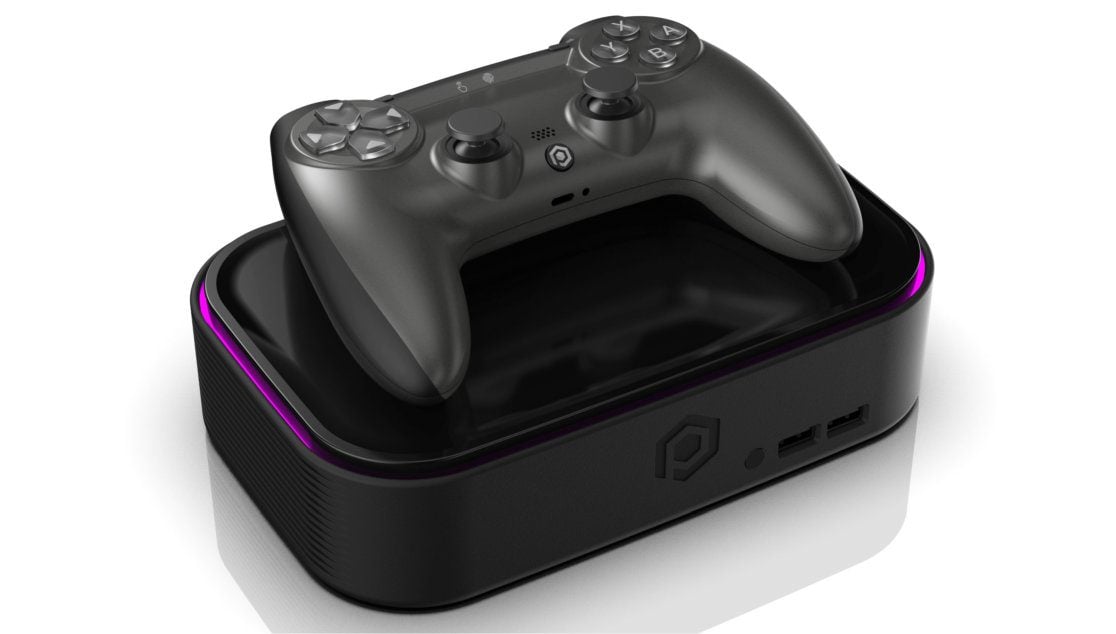 The world’s first NFT console has been announced and as you can imagine, it’s a hot mess of comical garbage.

Developed by Web 3, the ‘Polium One’ is a console said to be capable of running games built from different blockchains.

According to the official website, the Polium One is: “powerful enough to run high-performance games and will be easy to use for a traditional gamer who doesn’t understand Web 3.”

Furthermore, the Polium One will be capable of 4K UHD gaming, Ray-Tracing as well as a super smooth 120FPS. It will even feature TouchID and 8K HDR, apparently.

However, it seems that Web 3 has backtracked on its bold claims. Initially, on its official website, the TouchID has now been changed to “Scanner” and a thumbprint icon. This is probably best considering that TouchID is owned by Apple.

Can these specs be trusted?

Furthermore, the 8K HDR logo has now also been removed. So, what exactly are the specs of the ambitious Polium One console? Well, this is where it gets even more intriguing because there is very conflicting information on the website.

Despite [revised] claims of 4K UHD, Ray-tracing and 120FPS, the FAQ tells a different story. Oh, and I nearly forgot to mention, judging by the promotional image, this console is no bigger than a control pad. Which is very impressive considering its ‘specs’.

“We aim to build a high-performance console,” reads the FAQ. “The specs you see on the site are not confirmed until we have a functional prototype.” Does this mean that Web 3 has advertised specs, despite not actually having them confirmed?

Are Pre-orders being taken for a concept idea?

Somehow, the reading for the Polium One NFT console gets worse. Web 3 will be taking pre-orders before a prototype console is even built! “We will take pre-orders before the console’s hardware is completely built. This will help us gather customer feedback, ideas, and validation,” states the official website.

Surely, this is the end of Polium One’s premature woes, right? No, no it isn’t. Have you noticed Polium One’s logo? It looks suspiciously like a Nintendo GameCube logo. However, it appears to have been rotated with parts of it cut and pasted.

So with the internet being the internet, gamers have let their feelings be known to Web 3 and the response has been comical.

However, Web 3 is now ‘designing’ a new logo. I wonder why? Thankfully, the internet has made some wonderful suggestions.

If for whatever reason you wanted to pre-order the concept of the Polium One console, it aims to be released by 2024.