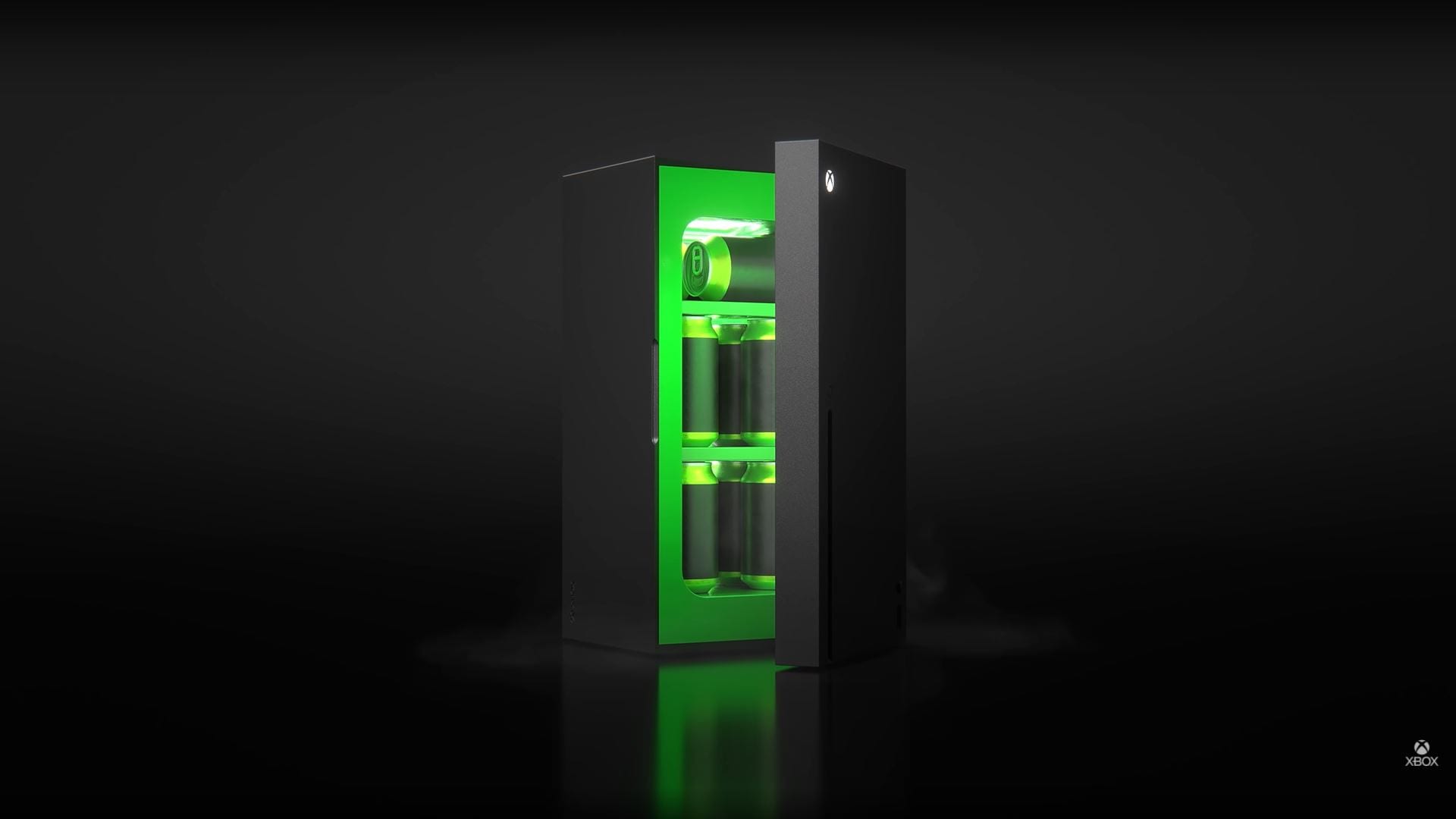 Let’s face it, when Microsoft unveiled the Xbox Series X back in 2020, everyone thought it looked like a kitchen appliance. As a result, Microsoft embraced its console’s fridge atheistic by actually participating in meme-fuelled mockery. However, thanks to a surprise reveal at last night’s Xbox and Bethesda Showcase, we now know that an actual, functional Xbox Series X fridge exists, and it’s coming later this year!

Now, I know what you’re thinking; why would anyone want a Series X shaped mini-fridge? Well, while the appliance might not be to everyone’s tastes, the fact Microsoft was able to transform a meme into a sellable product is pretty extraordinary. I mean, let’s face it, if Sony brought out a PS5 shaped router, you’d probably buy that too.

Of course, it’s worth mentioning that this isn’t Microsoft’s first Xbox themed fridge. In fact, last year, the company created a singular full-sized Xbox Series X fridge, which was given away as part of a prize draw. As far as fridges go, the full-sized version of the Xbox appliance actually looks pretty swish. However, would-be buyers will probably find the new fridge’s form-factor more convenient. I mean, who has time to go to the kitchen when there are games to be played!?

Microsoft’s new mini-fridge doesn’t have a release date or a price. However, it’ll hopefully be an affordable gag rather than a sneaky licenced cash grab. Regardless of whether the Xbox mini-fridge is popular amongst fans, the fact it exists is a testament to the weird console designs of this generation. Who knows, perhaps the next Series X redesign will feature a more conventional design. Although, where’s the fun in that!

Are you going to pick up an Xbox mini-fridge? Let us know on our social media channels. Still looking for a next-gen Xbox console? Why not pick up a Series S via the GameByte Shop!