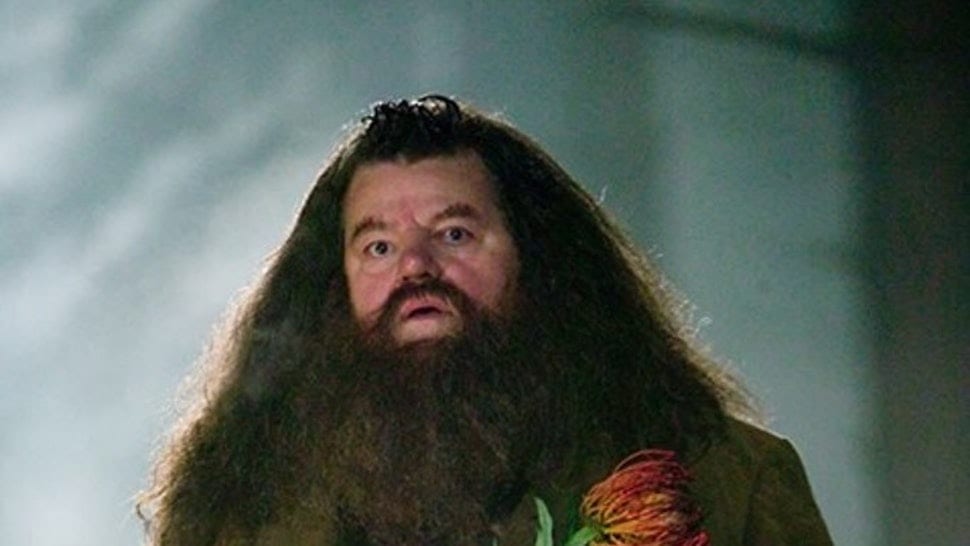 While Rubeus Hagrid is one of the best-loved Harry Potter characters of all time, there’s a harrowing new theory that the Hogwarts gamekeeper might’ve had an ulterior motive. It’s time to take a deep dive into J.K. Rowling’s wizarding world of Harry Potter and uncover the dark theory that bumbling Hagrid is actually a Death Eater.

Despite Hagrid’s role as loyal guardian of Harry — and having the honour of introducing the lightning-scarred wizard to the world of magic — there’s an alarming amount of evidence that points to him being a servant of Voldemort.

Appearing on Reddit, u/Whoofph goes into great detail about how Hagrid could be a Death Eater. The theory is so big, it had to be put in a Google Docs page. They write how they decided to reread the books and pay particular attention to Snape, however, Hagrid soon caught their eye:

“Early on I noticed the strangest behavior coming from Hagrid instead which I had never noticed before. I started paying more attention to the actions, statements, and inconsistencies in Hagrid and realized almost every move taken somehow aided Voldemort.”

The key points relate to incidents like Hagrid introducing Harry to Professor Quirrell in Harry Potter and the Philosopher’s Stone, personally escorting Harry into the Forbidden Forest (where he met Voldemort), and Hagrid knowing Tom Riddle on a personal basis.

As well as frequently putting Harry, Ron, and Hermione in danger, Hagrid worked to cheat the Goblet of Fire and enter Harry into the Triwizard Tournament — again placing him neatly in Voldemort’s path.

The theory continues that despite Hagrid being framed by Riddle for opening the Chamber of Secrets, he remained loyal to the Dark Lord. As well as being one of the first members of the Order of the Phoenix, Hagrid showed a worrying knowledge of Horcruxes, with Whoofph suggesting he was a spy inside the Order during the First Wizarding World War.

It all culminates in Hagrid carrying Harry’s body in The Deathly Hallows. With tears streaming down his face, the theory suggests the villainous Hagrid had actually grown attached to the Boy Who Lived. Spurred into action by the loss, Hagrid finally decides to switch sides and fight against Voldemort in the Battle of Hogwarts.

There’s a question mark over whether Dumbledore knew of Hagrid’s treachery, but it could be a case of “keep your friend close, keep your enemies closer”.

Ultimately, Hagrid is probably just the victim of Rowling’s sometime’s inconsistent writing. She’s continuously maintained she’d planned major plot points from the start, and it’s likely a side character like Hagrid just got a little lost along the way. That being said, it’s an interesting theory to throw around. We’ve all heard that pretty convincing Jar Jar Binks is a Sith Lord hypothesis.

Over the years, we’ve seen Rowling retcon several big storylines and add her own additions at a whim. Alongside gay Dumbledore and wizards sh*tting in the hallways of Hogwarts, Death Eater Hagrid isn’t completely outside the realms of possibility. Here’s hoping Rowling doesn’t decide to make this one canon!