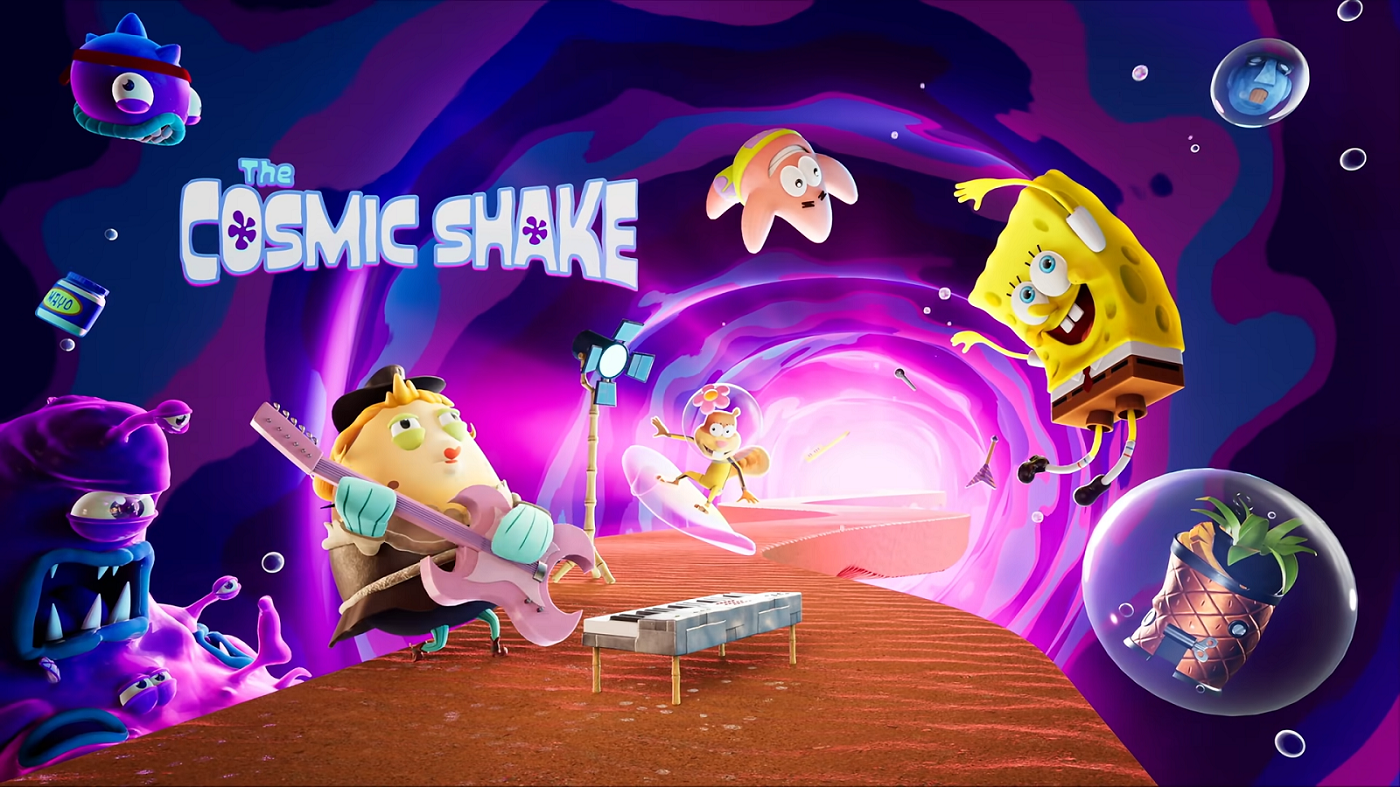 Everyone’s favourite surreal yellow sea sponge is back in a new videogame trailer. THQ Nordic has released a fantastically fun looking trailer for ‘SpongeBob SquarePants: The Cosmic Shake’. It looks to be a platform adventure game – and the team here at GameByte is excited. The video description promises the game will be coming to PC, PlayStation 4, Xbox One and Nintendo Switch soon.

Take a look for yourself:

SpongeBob SquarePants has starred in dozens of video games. Most have sadly been lost to time but a few truly stand out. THQ has been the publisher of the majority of these games – though the license passed to Activision in 2013. It switched back to ‘THQ Nordic’ in 2015 and since then, it’s been up to some good stuff – including the upcoming SpongeBob SquarePants: The Cosmic Shake.

THQ Nordic recently published the excellent SpongeBob SquarePants: Battle for Bikini Bottom – Rehydrated. Battle for Bikini Bottom was originally released in 2003 and became a cult hit. Over the following decade the game earned many devoted fans, and it also built up a significant speedrunning community. THQ Nordic then worked with a new developer – Purple Lamp Studios – to create the ‘Rehydrated’ version, which was released in 2019.

What do you think of the trailer? Will it be as fun as Battle for Bikini Bottom? Let us know via our social media channels.

SpongeBob SquarePants: Battle for Bikini Bottom – Rehydrated is available to buy at the GameByte Shop – on PS4 for £16.95 and Nintendo Switch for £19.95.

Don’t forget you can sign up free of charge to start earning GameByte Loyalty Points which you can redeem for discounts on future orders!

Sign up to our newsletter to be notified of our console drops, deals and more. Please note delivery at the GameByte Shop is available for UK customers only.