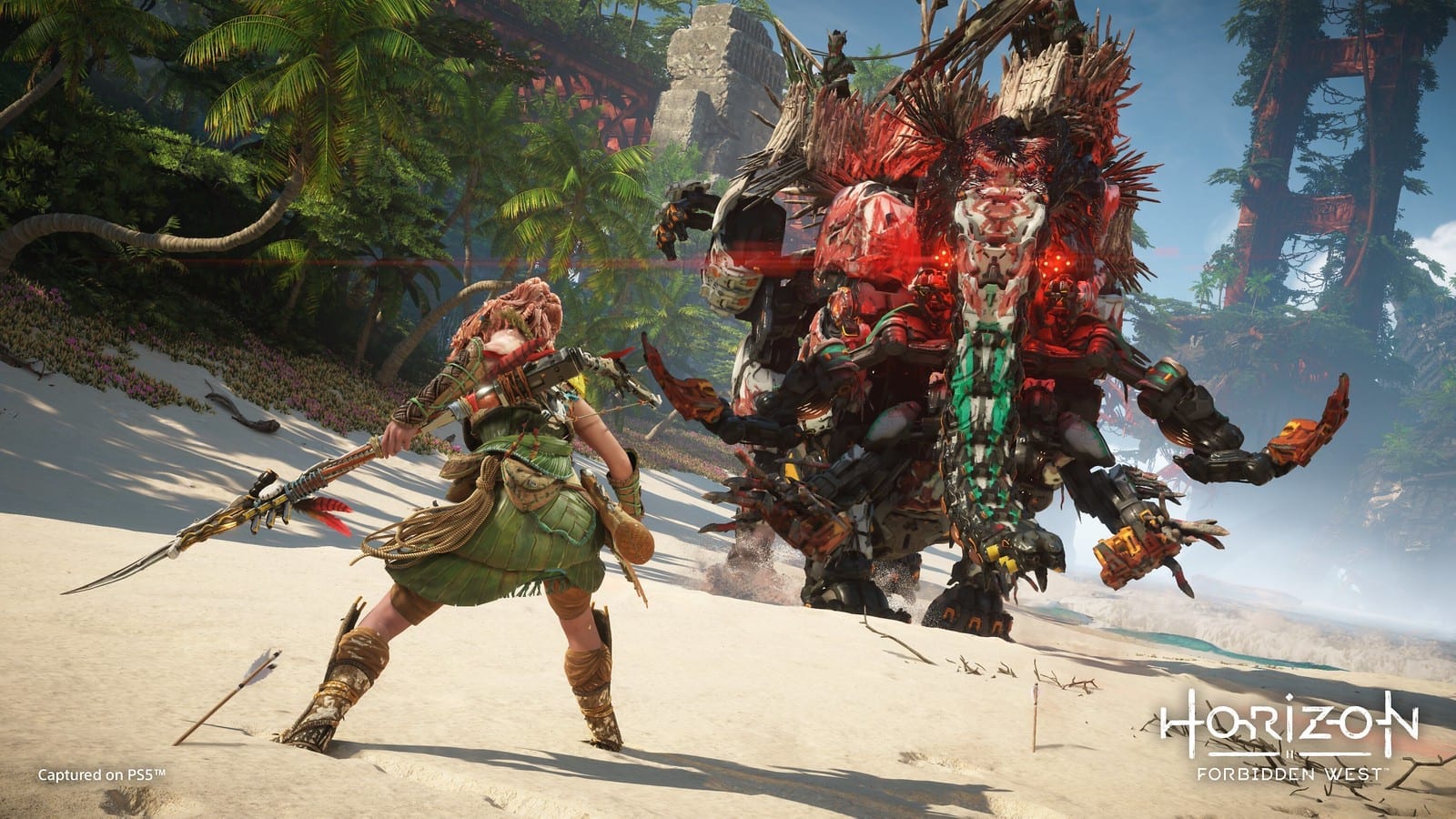 Herman Hulst has shared an epic clip of the Tremortusk statue that features in the Horizon Forbidden West: Regalla Edition, and it’s awesome!

The head of PlayStation Studios shared an early prototype video of the Tremortusk that is included in the now sold-out Regalla Edition. If this Tremortusk looks great now, just imagine how great it will look come launch!

When pre-orders went live last week for Horizon Forbidden West, a product image was released. However, that product image didn’t do this epic statue the justice it deserves. It’s fair to say that this is a mammoth of a collectible.

Developers of Horizon Forbidden West, Guerrilla Games also shared a tweet detailing some of the features of the Tremortusk statue.

This beauty will not only be 36.5cms in height but also 40cms wide. It will also have posable tusks, mounted Tenakth Warriors, as well as LED light-up eyes.

The Horizon Forbidden West: Regalla Edition has an RRP of £229.99 in the UK and $259.99 in the US. Sadly, however, this edition had sold out the moment pre-orders went live. Thankfully, you can still pick up the Collector’s Edition for £169.99/$199.99 at select retailers which features a different version of the Tremortusk.

Did you manage to pre-order either the Regalla or Collector’s Edition? Let us know across our social media channels.

In related news, Sony made a dramatic U-turn on its decision not to offer a free PS4 to PS5 upgrade for Horizon Forbidden West.

Horizon Forbidden West will release for PlayStation 4 and PlayStation 5 on February 18th, 2021.