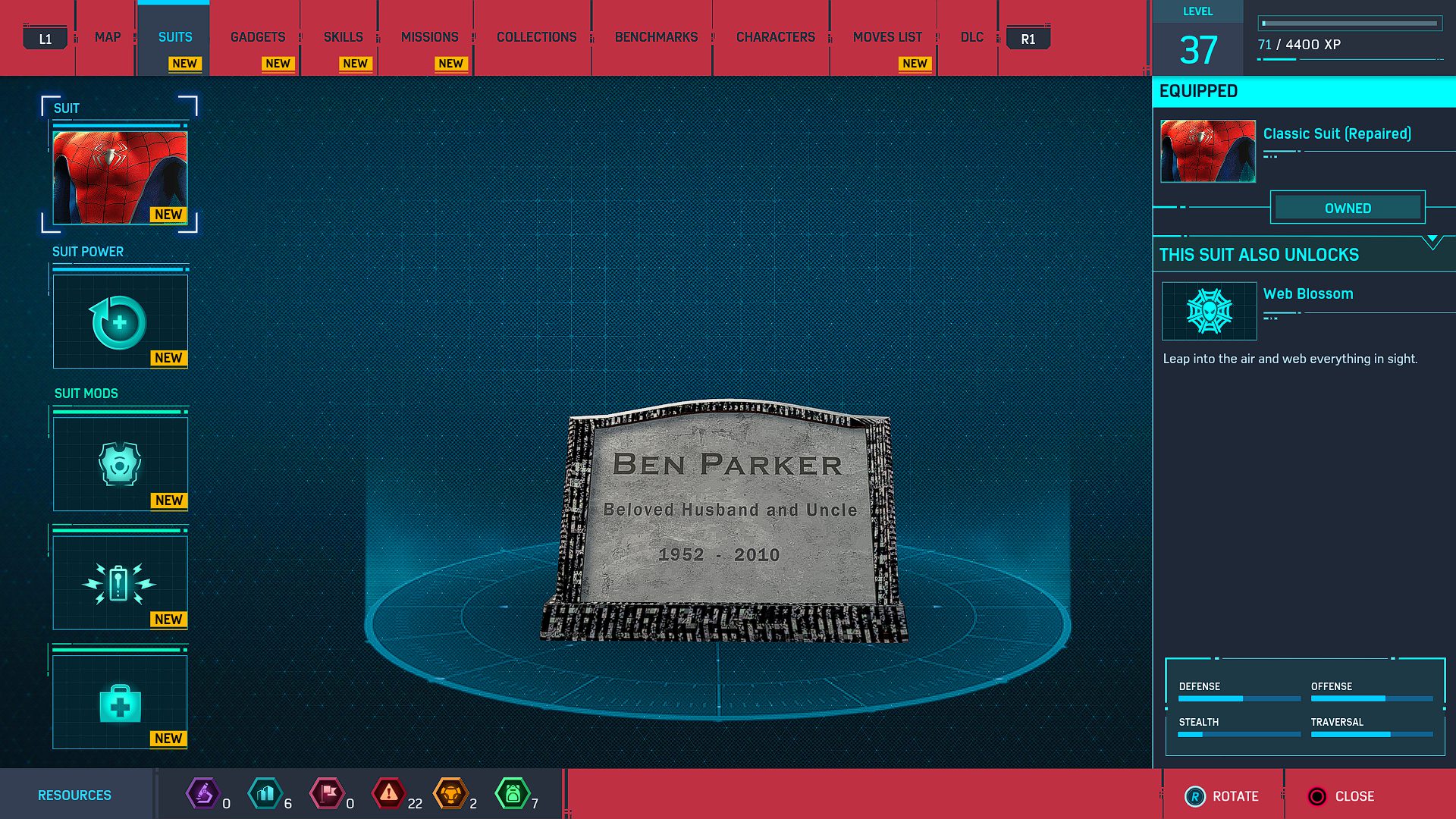 A mod for Spider-Man on PC lets you play as the Uncle Ben’s gravestone. Yes, you read that right. You’re not having some kind of delusion. The Uncle Ben gravestone mod let’s you swing around and fight crime as Ben Parker’s memorial.

The mod was created by Saphire on Nexus Mods, and it’s kind of insane. It’s called “Become Uncle Ben“, and lets you play as the man’s gravestone. I’m not sure if this is in poor taste or the funniest mod of all time.

And yes, you can beat up bad guys as the gravestone. The animation is obviously completely bizarre, but that’s probably to be expected from a mod that replaces a human with a slab of stone.

This isn’t the only mod to come out of Nexus Mods for Spider-Man either. Now that the game is on PC, plenty of people have been altering the game with their own mods. You just need to have the correct modding tool before downloading the mods in order to use them.

But one modder was banned from Nexus Mods for a mod which removed pride flags from the game. It replaced pride flags with the American flag in a bizarre show of hate.

It’s pretty awful that people will go to these lengths to show their hatred for LGBTQ+ people, but thankfully Nexus Mods acted swiftly against it. The mod was removed from the site and the modder was banned. Despite the hateful nature of the mod, it was downloaded almost 300 times before being removed.

Nexus Mods has expressed that mods like that aren’t welcome on the site. It’s good to see them take action so quickly, and hopefully it’ll deter people from trying to do the same.