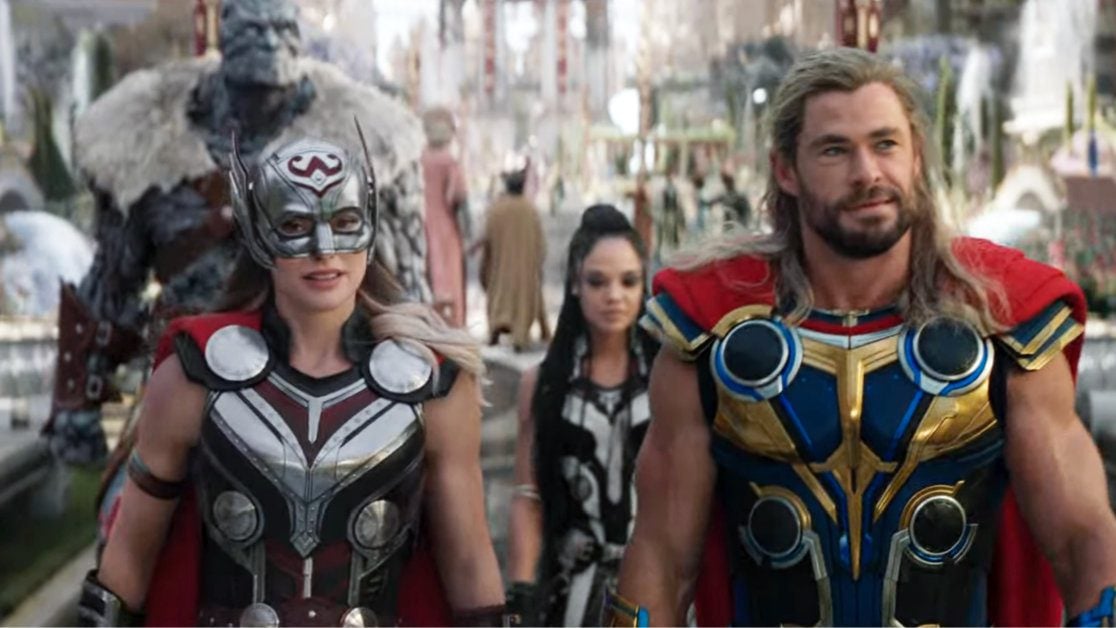 Thor: Love and Thunder is still going strong at the domestic weekend box office despite a 68% drop from its opening week.

The film has managed to rake in $46 million in ticket sales at the domestic weekend box office a week after its initial premiere. It’s nearing the $500 million mark globally, and domestically it has earned $232 million.

However, this comes amid a significant drop. It’s one of the biggest second-weekend drops in MCU history. Could audiences be losing interest in Marvel films?

Well, not quite. It’s still storming ahead of other films as most Marvel films do. But it’s interesting to note how Phase 4 films have been performing in relation to the MCU’s biggest hitters previously.

audience fatigue in the MCU?

Obviously, Spider-Man: No Way Home was a huge success for Marvel. But other Phase 4 films have had similar drops, such as Doctor Strange in the Multiverse of Madness. That film had a big 67% drop off, while Eternals fell 61%.

But how relevant are these drops? Marvel films are still making tons of money, even when they’re not doing so well with critics or hardcore fans. Even Eternals, which many criticised for being introduced post-Thanos, has been a success commercially.

It’s possible some viewers may be getting a bit of superhero fatigue though. There are more films and series than ever, but not much to connect them. And that’s before taking into account non-Marvel superhero content, like The Boys or the DC universe.

Thor: Love and Thunder stars Chris Hemsworth, Natalie Portman, Tessa Thompson, Christian Bale and Russell Crowe. It’s directed by Taiki Waititi, who made Thor: Ragnarok. It follows Thor on a journey of self-discovery and Gorr the God Butcher, who desires the extinction of all Gods.

Have you seen the new Thor film? Let us know your thoughts on social media.