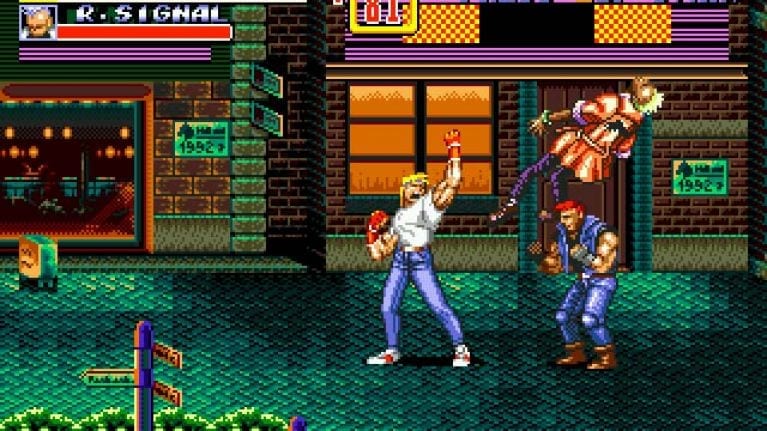 It seems that more and more games are making a comeback nowadays, whether it is a remaster or a full-on remake, so that got me thinking, what seemingly dead and buried games could make a great comeback? The list below is of course subjective and with the potential of literally being able to list 100’s of gaming series’, I’ve made a short list of 8 games that I believe needs to make a comeback. With so many games not being able to make my list, sound out your favourites in the comments. 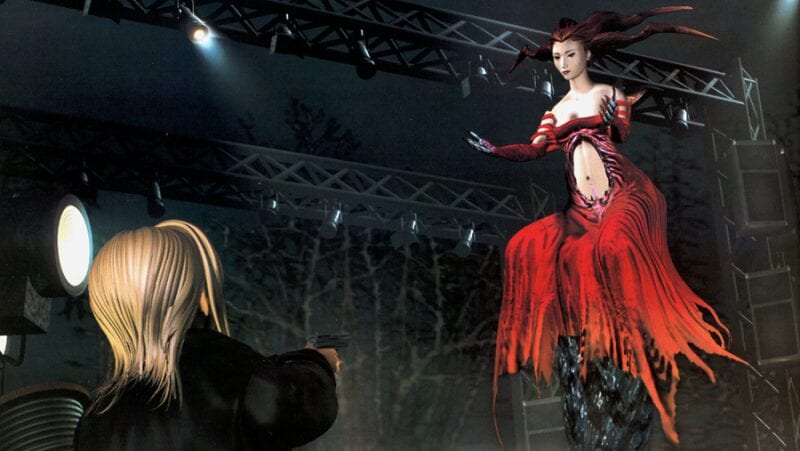 For whatever reason, Parasite Eve never got a UK release and as such, so I never got to play this horror/Final Fantasy hybrid (oddly, we did get its sequel over here though). What’s even more disappointing about this was that we even got an official trailer featuring on a demo disc courtesy of a PlayStation magazine about a year before its release (this was of course way before everything was on the internet). I remember being at my friends house watching the trailer on his PS1 (because I couldn’t afford my own back then) and we were amazed by the then impressive cut-scene of unsuspecting attendee’s melting in an opera house as some demon woman sang her heart out! I know I could play this via an emulator or something, but so much time has now passed, I just wish that Square Enix would bring this series back for the new generation.

This has to be one of the most requested games to make a comeback in recent times, and I’m one of those calling for it too. This ancient samurai hack ‘n’ slash not only had very satisfying combat and mythical creatures, but it was also quite challenging, had gorgeous visuals for its time, and even had a story and cast of characters that I felt invested in. Capcom representatives have spoke about the Onimusha series being in demand for a comeback and they have hinted that its comeback is a possibility, but until we hear something concrete, we’ll just have to keep nagging Capcom to bring Onimusha back! E3 2018 anyone? 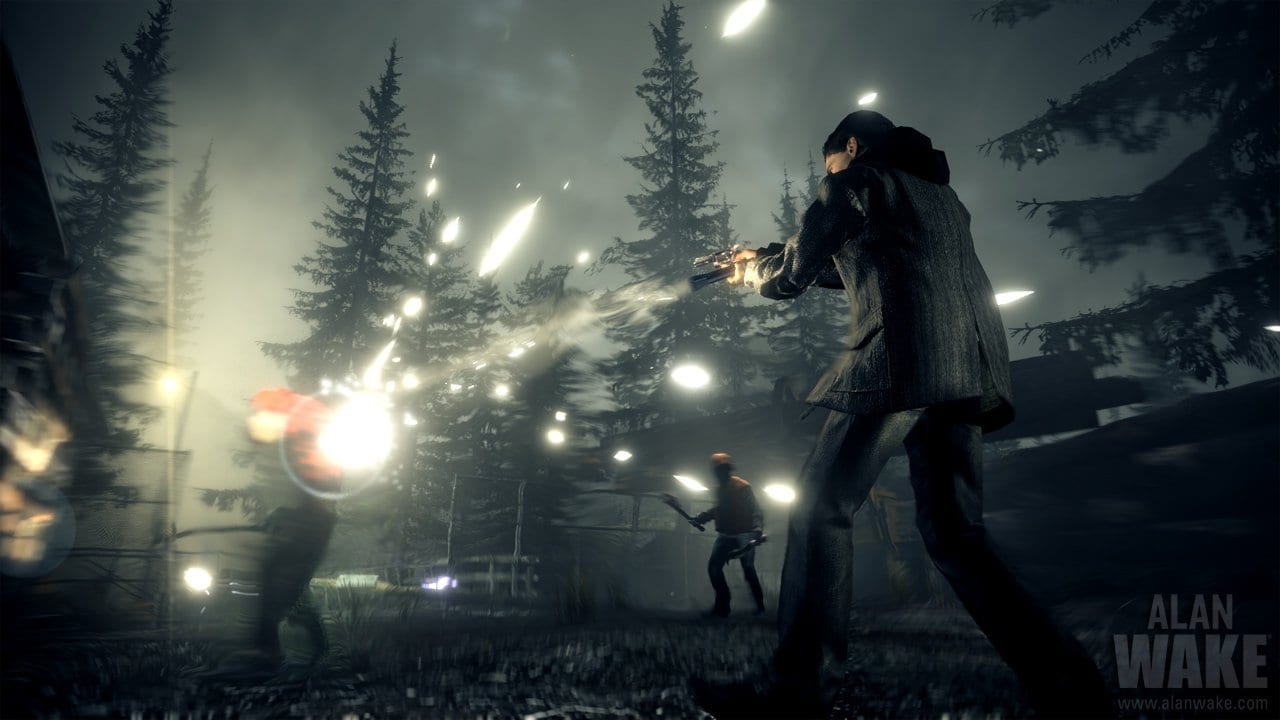 Before Alan Wake released on the Xbox 360 and PC, it took years to finally emerge, so much so that many had speculated that it had fallen deep into developmental hell. So when Alan Wake released back in 2010 for Xbox 360, it was by no means a perfect game, but it did enough right to earn itself a cult-like following. A troubled writer, a missing wife, a spooky town and ghastly ghost ‘n’ ghoul encounters earn this title well deserved praise as one of the last best finest horror titles of its generation. Much like Onimusha, representatives at Remedy Entertainment has teased us for an Alan Wake sequel more than once, but will it ever happen? I certainly hope so.

This year will mark the fourth birthday of the cancelled P.T. When it was suddenly revealed to the world at Gamescom in 2014, it sent the internet wild! Players staying up late (or early depending on your time zone) to experience this spine-chilling demo that had appeared on the PSN Store, to solve its puzzles and riddles, and to find out what it all means. As it turned out, this was in-fact a playable teaser for what would be a brand new Silent Hill game, entitled “Silent Hills”, which many had suspected that the plural use of the “Hills” would mean multiple, sinister dimensions. This in my experience was one of (if not) the scariest game that I’ve ever played, largely down to its dark mystery and a elongated, out of proportion ghostly lady believed to be named Lisa. Silent Hills was to run on the almighty Fox Engine, have Hideo Kojima and Guillermo Del Toro at its helm, with The Walking Dead’s Normal Reedus being the lead protagonist. After some poor Silent Hill instalments on the last gen, this was to be the game that brought the series back from the dead in a new age with a triumphant return! That was until Konami cancelled it and we’ve never heard of it again. RIP Lisa. 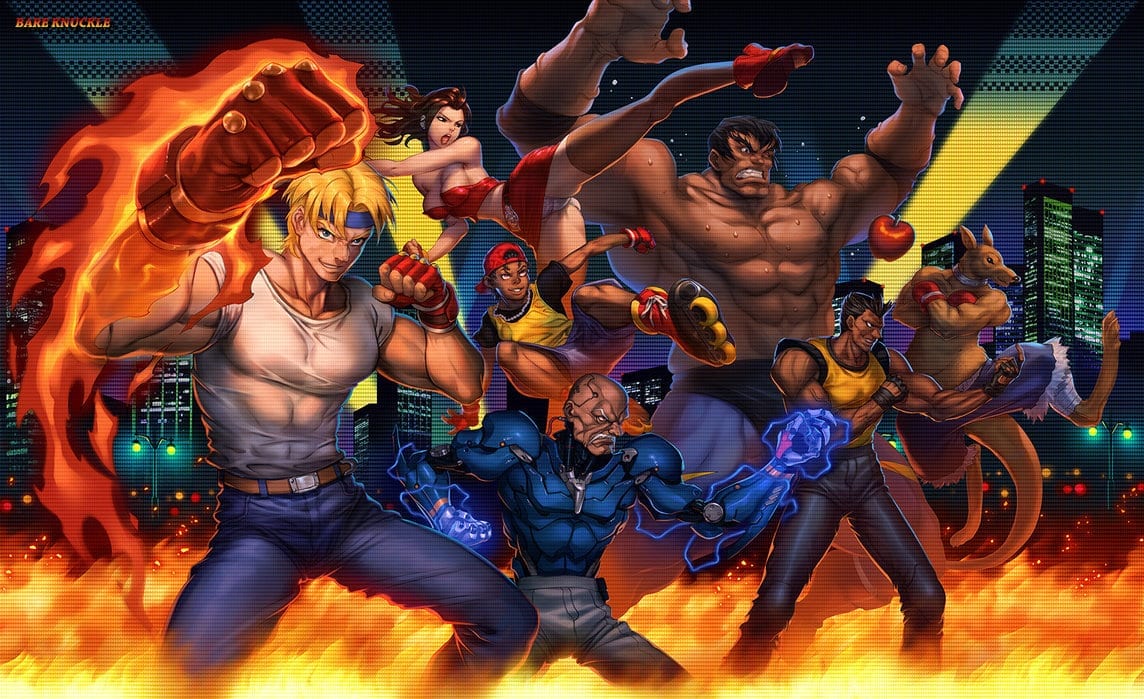 Apparently if rumours are to be believed, Sega has been sitting on the Streets of Rage licence refusing to allow the series to be brought back for years. We nearly got Streets of Rage exclusively for the Sega Saturn, to be developed by Core Design, but after a spat between Core and Sega, the rights were pulled as Sega didn’t want to see the game on any other format, other than the Sega Saturn. Streets of Rage 4 was then repackaged as Fighting Force in 1997 and published by Eidos. But now with the resurgence of Sonic the Hedgehog and hopefully with the release of Shenmue 3 this year (and hopefully a remaster of the first two games), now could be the perfect time for Sega to get its ass off the license and bring back the Streets of Rage series in a big way!

Now this is an odd one for me, because I really didn’t like any of the first two Getaway games on the PlayStation 2. However, despite my dislike, there was something to certainly admire about the ambition of the short-lived Getaway series. For its time, it had a very realistic recreation of London, officially licensed cars, great visuals and a cockney-fest, crime thriller, storyline with betrayal by the bucket-loads offering so much potential, that perhaps the series deserved better. I think bringing this series back in the PS2 Classic library for PS4 wouldn’t be the answer, as I feel neither games would have aged well, but perhaps rebooting the series in this generation to give the it the chance it deserves could be the answer? Hopefully Sony will one day put that theory to the test. 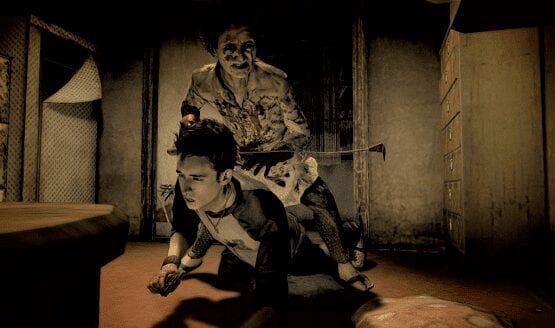 Another game that was arguably ahead of its time was the Siren series. If you haven’t guessed already by reading this article, I’m a fan of horror games and being the fan that I am, I really, really wanted to enjoy the Siren series, but it just would never clicked with me. With its clunky controls and cheesy (but oddly lovable) dialogue, I often found that the accompanying trailers were scarier than the actual game itself. Despite my best efforts, I just couldn’t warm to either Siren or Forbidden Siren on PS2. Then in 2008, which would be the last we’d see of this video game series, we had Siren: Blood Curse on PS3. This was even more ambitious as the previous games and was seen as a re-imagining for the series, with it being released in episodic format. But for whatever reason, the Siren series failed to connect with so many in the West, but now that it seems Japanese gaming culture is seemingly resonating with the West in a big way, is it time to give the Siren series one more chance?

I hand on heart admit, I never played the Syphon Filter series on PS1, which wasn’t down to choosing not to, it was simply the fact of being a young teenager not being able to afford to buy my own PS1 console. All I’ve heard is how great this third-person stealth shooter trilogy was on the original PlayStation (at this point I’d more then missed the boat with the PS2 and PSP releases) and other then bringing an iconic series back for fans to enjoy once more, the other release to bring a series back is so that new fans can first experience much loved classics in a new way. So with Sony bringing back the likes of Crash Bandicoot, PaRappa the Rapper and more recently MediEvil, it’s certainly not out of the realms of possibility that the original Syphon Filter may also make a comeback one day soon too.