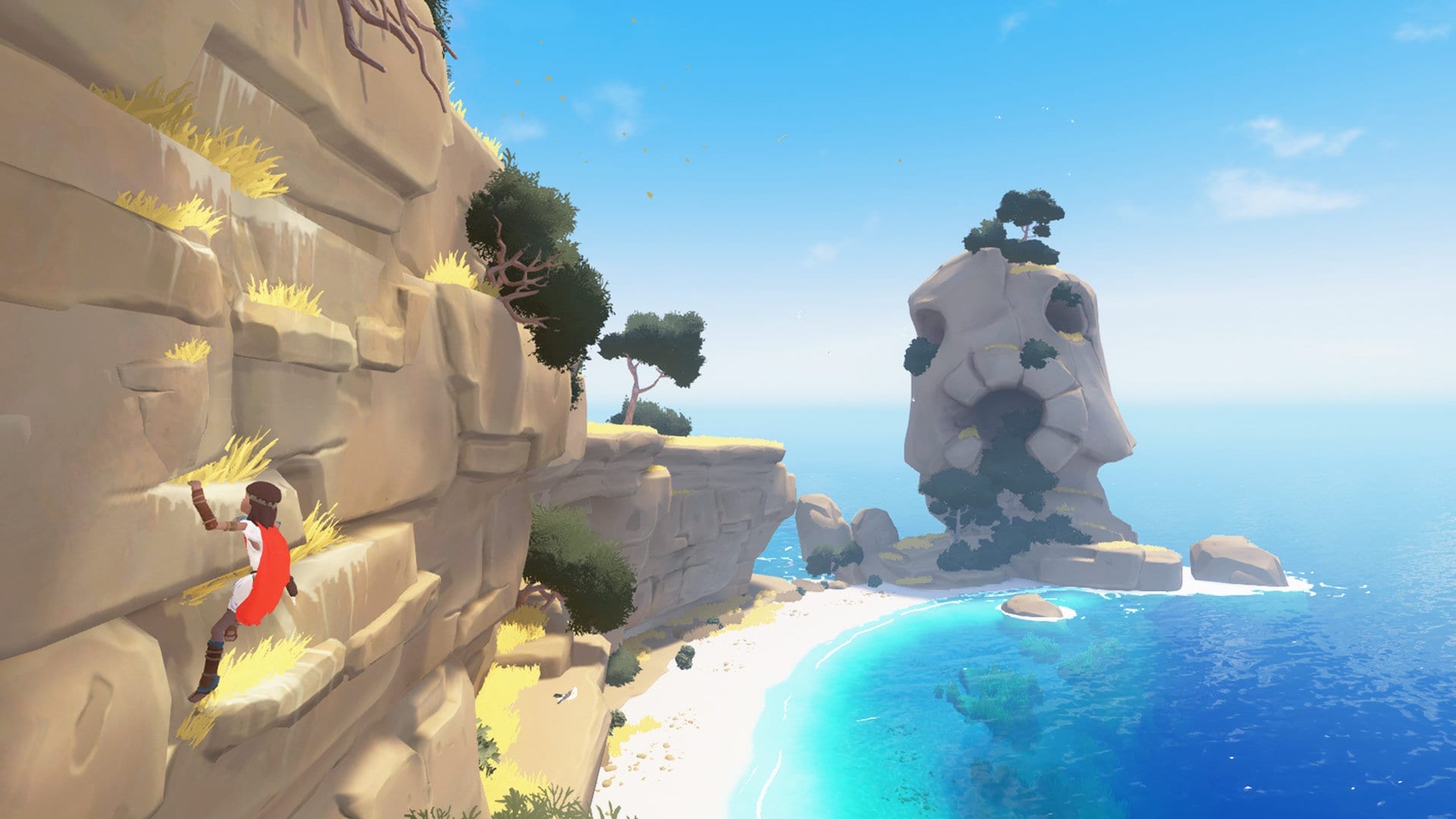 Big budget games can be great, but after the publishers get their hands on them and the development is spread out across hundreds of employees, some of that initial care and love that made video games so special in the first place is lost.

That’s where indie games come in. Indie games are created by a smaller development studio that may not have enough exposure to get their games published and marketed by big publishers.

Most popular indie games get popular because they’re good games that eventually get picked up and shared with the gaming community. These indie games are bleeding with love and passion. Here’s a look at the top indie games of 2017 so far. 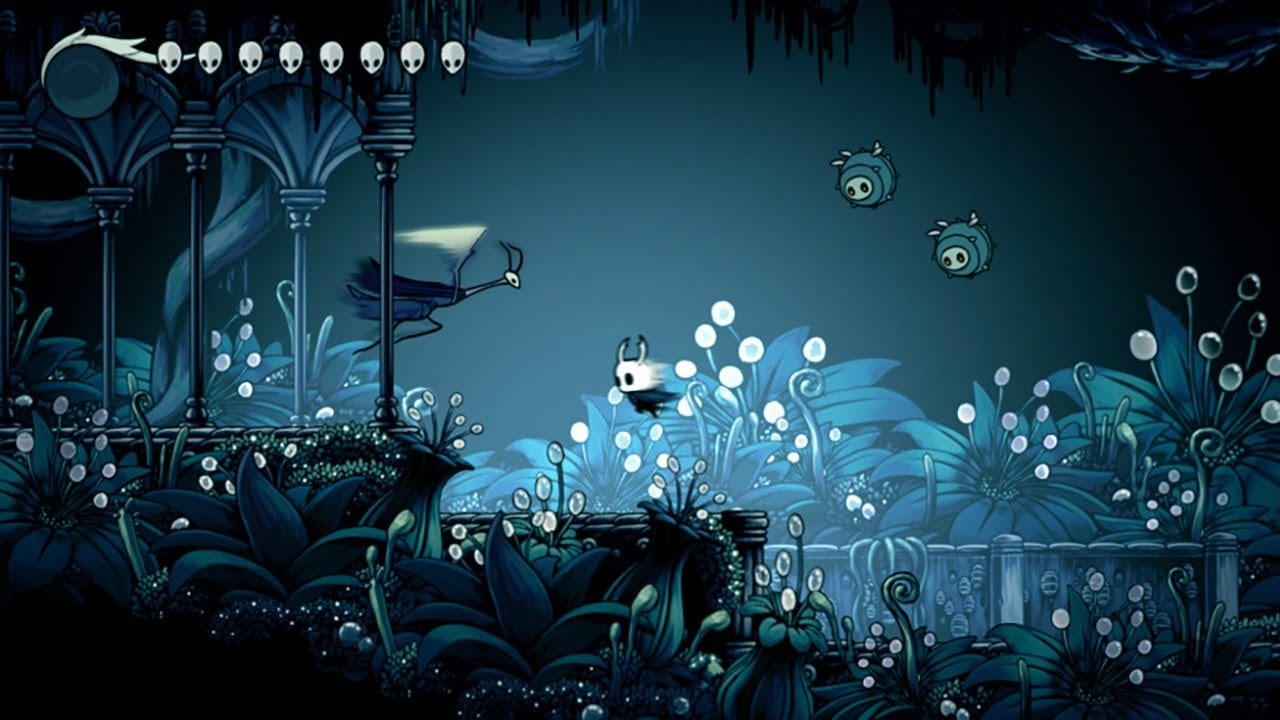 Gameplay is very challenging, engaging and open to exploration. Hollow Knight is a 2D platformer, but Team Cherry has somehow managed to make it the most non-linear 2D platformer we’ve ever played.

The environments never get dull, the enemies are always fresh and exciting, and there are always challenges right around the corner. To top it all off, Hollow Knight has a gripping story that’s expressed through dialogue and visual presentation. 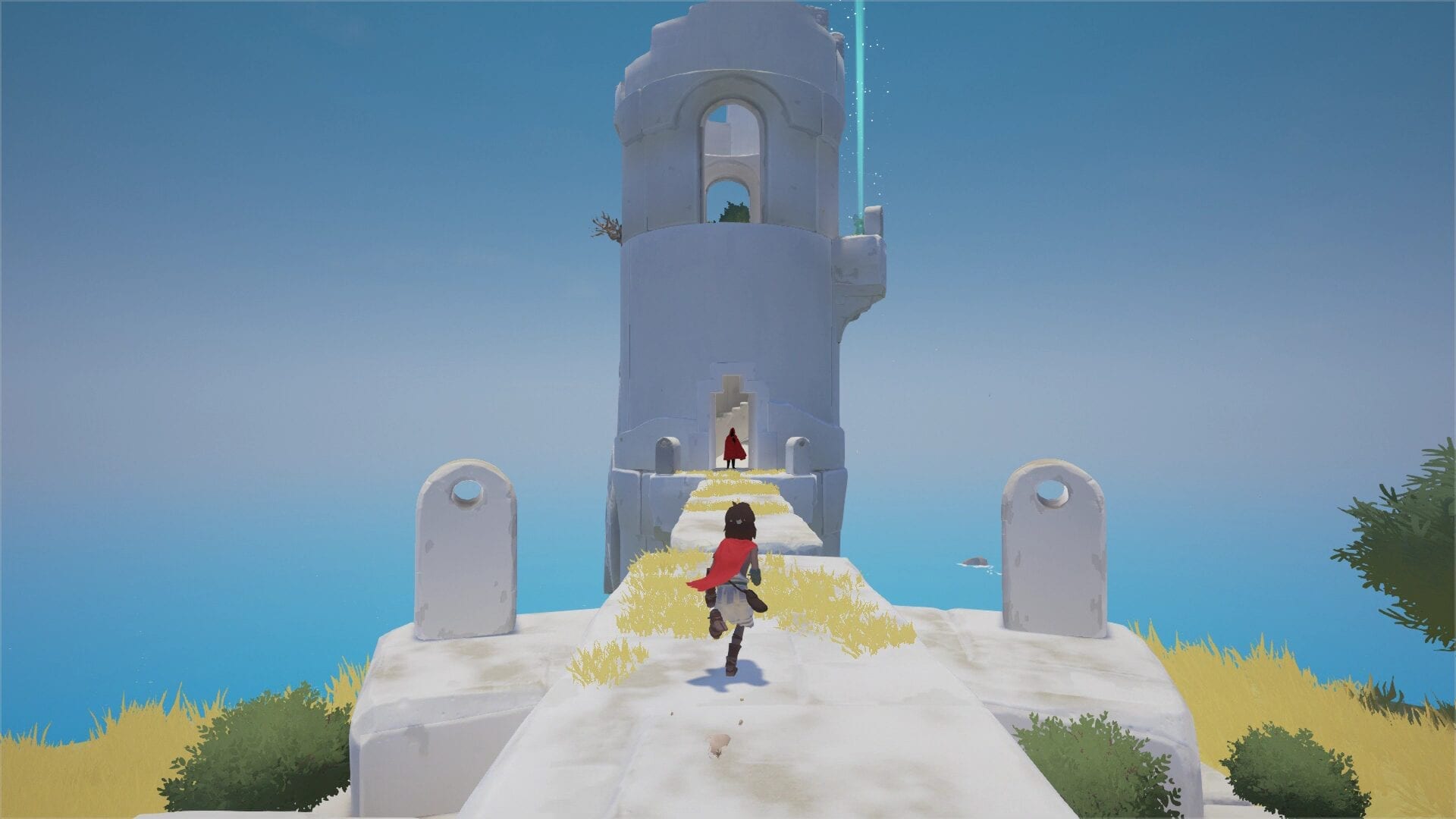 Rime somehow manages to paint a picture and tell a story without a single word of dialogue. The developers that worked on Rime have managed to create a charming game that gets the player invested through the graphics, the main character’s movement and expressions, and the overall theme of each environment.

Rime is an open world 3D puzzle platformer, but most of the game feels linear. You’re pretty much locked into going a specific route throughout the game. The puzzles aren’t incredibly challenging either.

Instead of presenting a stressful challenge, Rime gives players the opportunity to explore a charming world and solve puzzles that lightly stretch the player’s brain muscles.

Rime was, without a doubt, one of the most relaxing indie games to release this year. 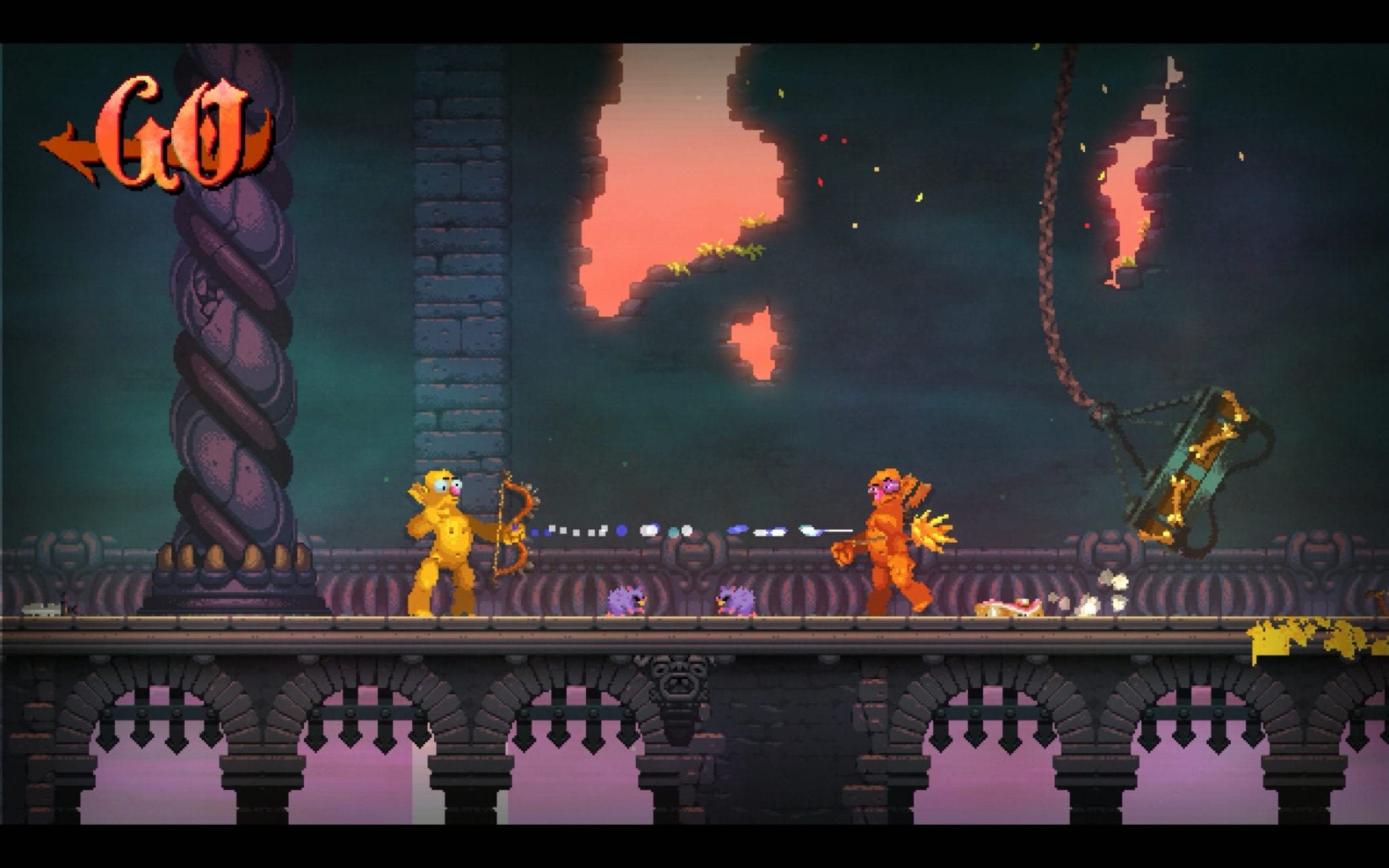 Nidhogg 2 is a fast paced 2D action game that pits you against other players in 1v1 combat.

Nidhogg 2 is essentially an extension of the first game. If you’ve played the first game, you’ll notice that for the most part, the game mechanics are the same.

Speaking of gameplay mechanics, Nidhogg 2 is a button-mashing, platforming-jumping spam fest. It’s wacky, silly, and a bunch of fun to play with a friend. It lacks much depth past that, but it still provides a great laugh.

We also want to praise the artwork and graphics. Nidhogg 2 is like a re-imagination of some of the most popular 1980s arcade titles. 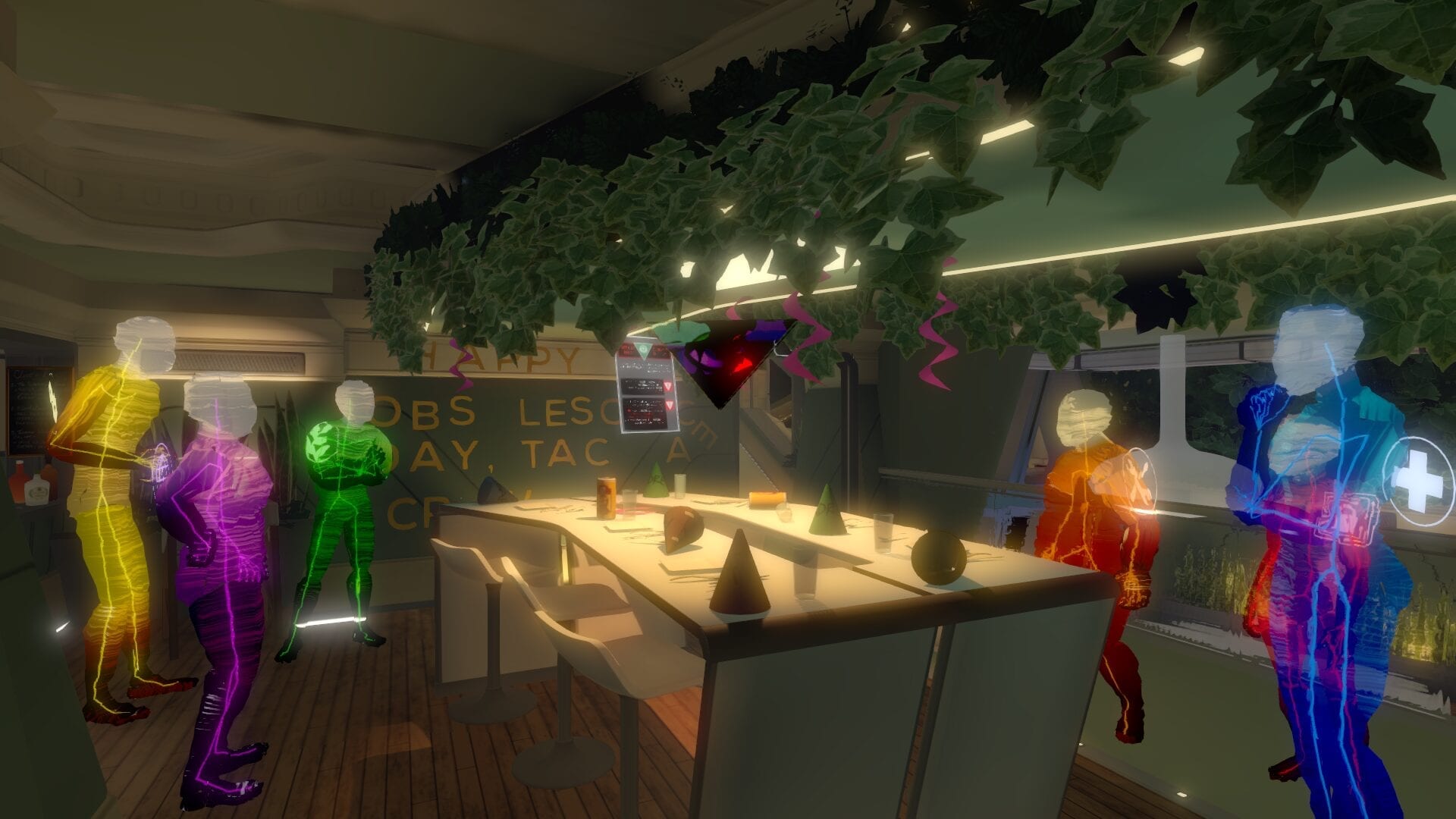 Tacoma is a 3D sci-fi indie game with a heavy focus on the story and narrative. Created by the same team behind Gone Home, Tacoma manages to capture the emotion and gripping storytelling that made Gone Home so special.

If you’ve played Gone Home, you’ll know what to expect from Tacoma. As the player, it’s your objective to explore a space station. As you explore the space station, you start to learn more about how the previous crew lived there. You get an emotional insight into their lives and how things evolved.

We don’t want to spoil too much, so this expert from the official Steam description puts it best:

“Explore every detail of how the station’s crew lived and worked, finding the clues that add up to a gripping story of trust, fear, and resolve in the face of disaster.” 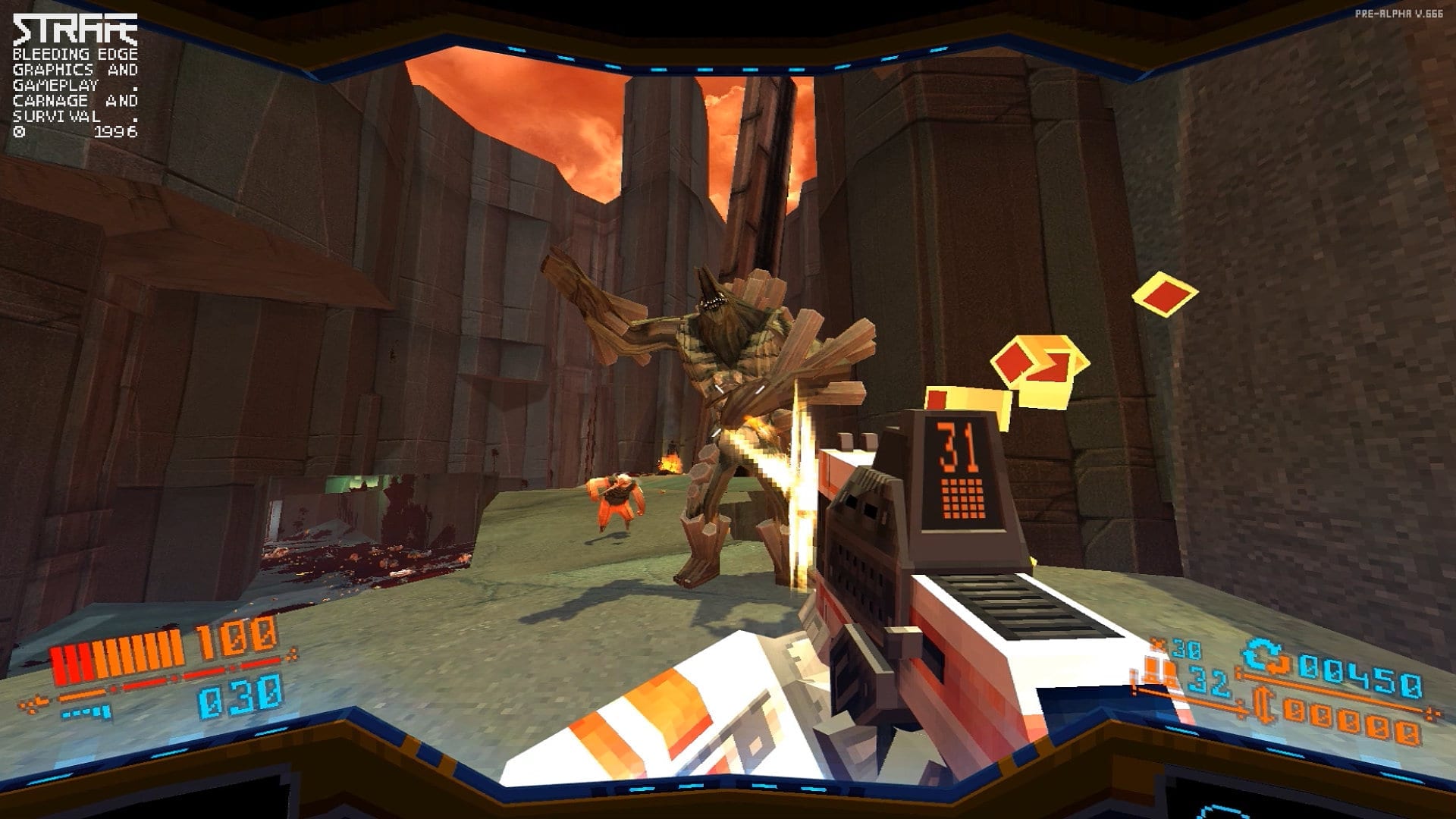 Strafe is a 3D roguelike game that takes inspiration from classics such as DOOM and Wolfenstein. A lot of the aesthetics from these games has been recreated in Strafe, but the graphics have had a modern overhaul to make it more graphically pleasing in comparison to today’s games.

There’s plenty of arcade-style blood and gore, 20 different enemy types and a very suiting soundtrack. Currently, there are 30 weapons available too.

Strafe randomly generates levels by merging together hand-crafted rooms. If you play Strafe for a long time, you’ll start to remember some of the room designs, but the layout of these rooms is always different.

In summary, Strafe is a hyped up FPS game that draws huge inspiration from the first person shooter games of yesteryear. If you enjoyed the old DOOM, Wolfenstein, and Quake, you’ll absolutely love Strafe. 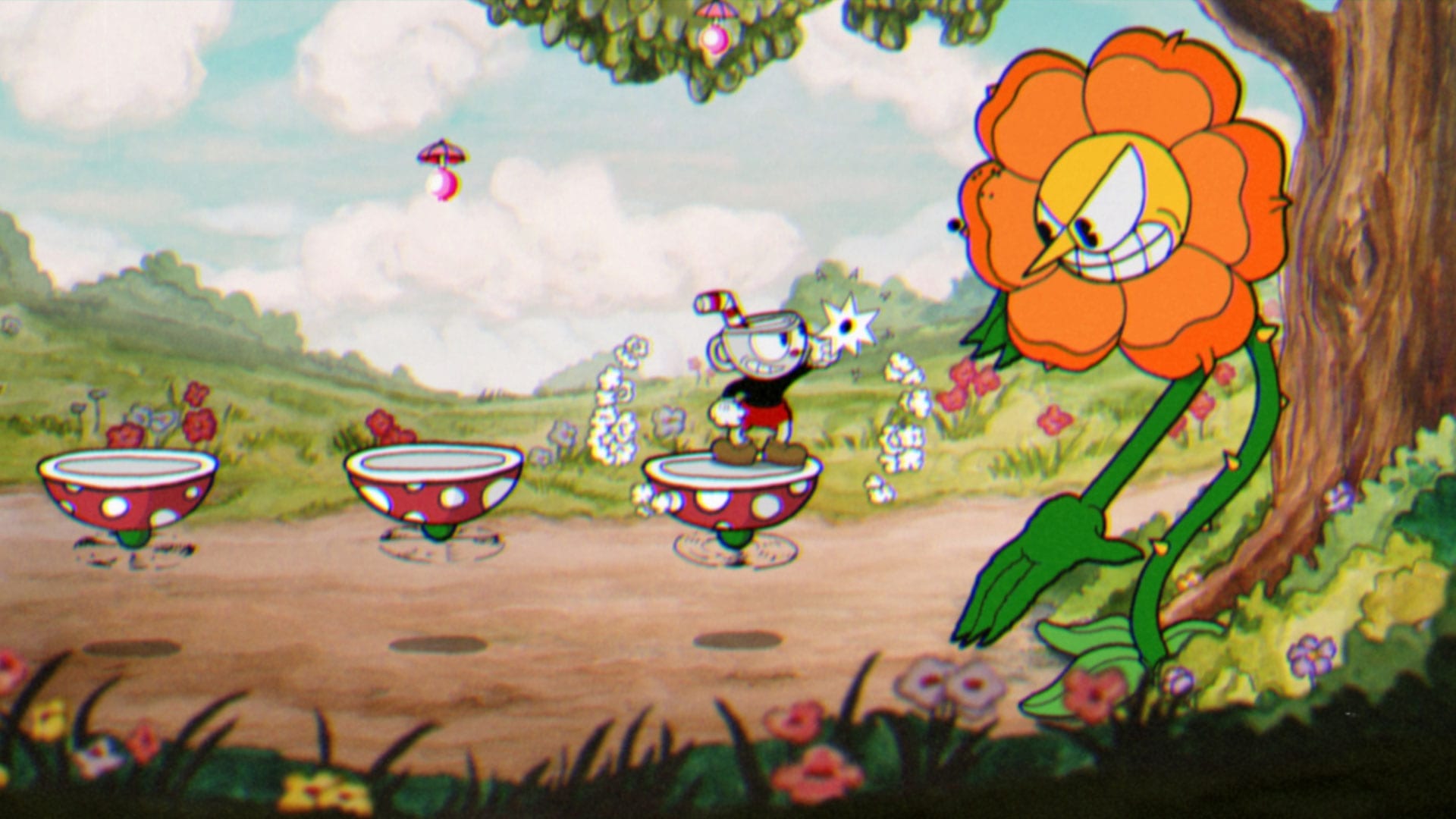 We, of course, can’t forget Cuphead. This game received a lot of praise and positive reception this year and for good reason. It’s always great to see when an indie developer brings their game to success.

The team behind Cuphead put in thousands of hours of time to turn it into the game it is today.

For those unaware, Cuphead is a 2D platformer game that puts a central focus on combat against bosses. In most platformers, players go up against bosses every few levels they complete. For the most part, the platformer elements are quite easy, and the bosses present some level of challenge.

The Cuphead developers decided to remove most of the platforming element and introduce a series of boss fights. They also made sure the boss fights are super challenging and very hard to master.

The artwork in Cuphead is also worthy of a truckload of praise. The developers opted for a 1930s style cartoon aesthetic. The end result is somewhat similar to 1930 cartoons like Popeye. What’s crazy is that to truly make it authentic, the developers went through the effort to manually draw out every single animation for all of the characters.

There have been some great indie games this year, but Cuphead deserves top spot for the incredible effort and passion that went into it.

What are your thoughts on this year’s top indie games? I think it’s safe to say that we’ve had some pretty spectacular releases in 2017 so far.