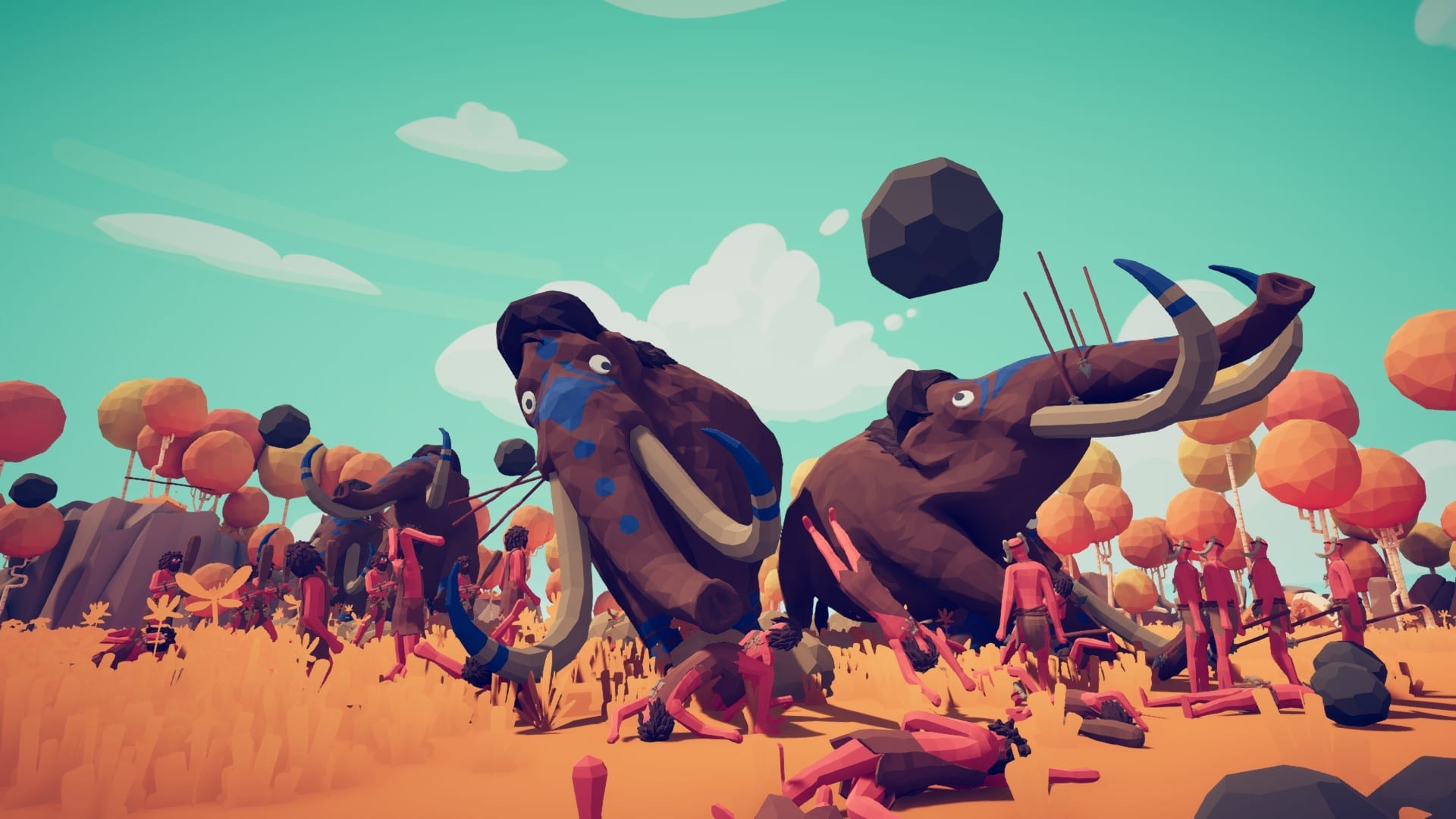 Totally Accurate Battle Simulator is a wobbly, wonky indie darly strategy treat that you should not overlook.

Totally Accurate Battle Simulator released on April 1st, 2019 for PC via Steam Early Access, then later in the year for Xbox One.

According to the official blurb for Totally Accurate Battle Simulator you will become: “the leader of wobblers from ancient lands, spooky places, and fantasy worlds. Watch them fight in simulations made with the wobbliest physics system ever created, make your own wobblers in the unit creator and send your army off to fight your friends in multiplayer.”

To celebrate leaving Steam Early Access on April Fool’s Day, two new factions, two maps, as well as two campaigns, were added. Then as an added bonus, its multiplayer mode is now playable both online and locally offline.

In related news, an update went live on May 17th fixing a bug in which the Devine Arbiter became invulnerable, as well as a fix to reported issues related to the Blowdart weapon.

Have you been enjoying Totally Accurate Battle Simulator? Let us know of your epic battles across our social media channels.