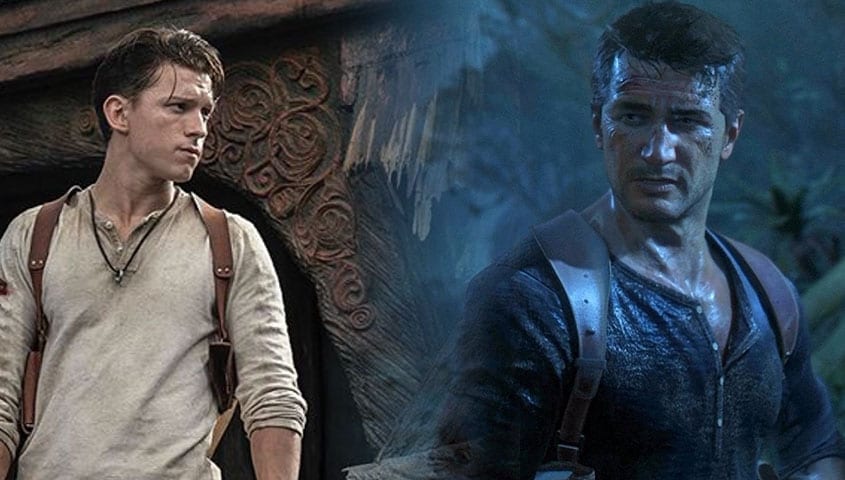 Yesterday we got our first glimpse of Tom Holland as PlayStation mascot and adventurer Nathan Drake, and now Uncharted 4 co-director Neil Druckmann has weighed in on the look.

Given the reputation of video game-to-movie adaptations, I think it’s fair to say that many of us were probably introduced to the Uncharted movie project with a degree of scepticism and rightly so, because we have been let down many times in the past.

With yesterday’s reveal of the Spider-Man: Homecoming and Spider-Man: Far from Home star as Tom Holland as Nathan Drake, he certainly looked the part and has given the first glimmer of hope that this movie might actually be worthy of the beloved franchise’s name.

However, Uncharted 4 co-director Neil Druckmann had one criticism over the appearance of Tom Holland as Nathan Drake, albeit in a very tongue-in-cheek kind of way.

“Looking good,” Druckmann tweeted. “Now tuck that shirt in… at least half of it.”

This is likely a nod to the art work associated with the box art of the Uncharted series across PS3 and PS4, where Nathan Drake is often posing with half (ish) of his t-shirt tucked into his trousers. With that being the only critique from Druckmann, it sounds like Tom Holland’s Nathan Drake has his approval!

Up until this point, the Uncharted movie has had a very troubled production with countless delays and changes of director, to the point where many of us thought it may never release.  However, going by yesterdays on-set reveals, the photos have given us a glimmer of hope.

Tom Holland is not only a top box office actor, but he’s also very excited about the Uncharted movie. When speaking to IGN earlier in the year, he described the script as being something “pretty special”.

The movie will also co-star Mark Wahlberg as a younger Victor “Sully” Sullivan.  We don’t have a release date for the Uncharted movie as of yet, but following a series of delays, the current release window is March 2021.

Are you excited for the Uncharted movie?  Let us know how you feel by reacting to our Emoji’s below!