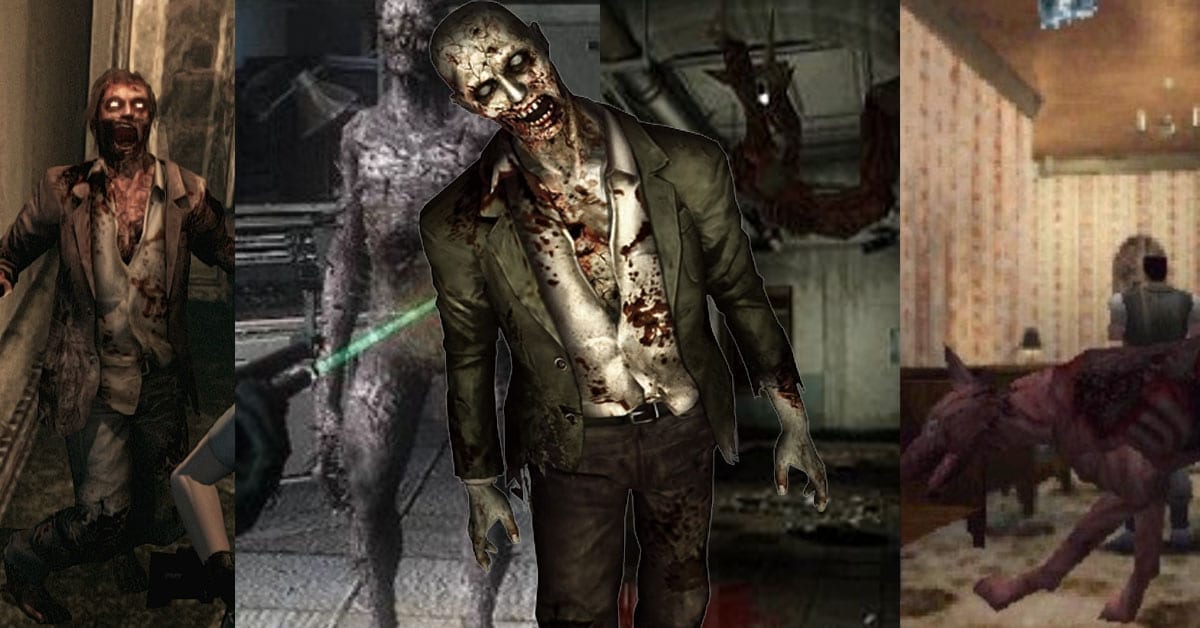 Choosing the best enemies in the entire Resident Evil series is a tough one.  Anyone that knows me knows that I adore the franchise, so it should be an easy task naming just a few of my favourite enemies, right? Well, it wasn’t.

With all the amazing enemies that have featured in these iconic survival horror games, it’s been no easy feat. After some late nights, some early mornings and barrels of coffee, I think I’ve cracked it. I’ve managed to dwindle it down to just six (well technically eight if you include the Bella Sisters and the Regenerator/Iron Maiden) of my favourite enemies from the Resident Evil series. So, here we go!

Ok, so the Bella Sisters (not the Bella Twins, though that could be interesting) aren’t normal enemies in Resident Evil 4, they’re more like optional sub-bosses. However, I’m gonna cheat a bit here as I think these chainsaw-wielding sinister sisters perhaps do not get as much love as they deserve. So here they are on my list!

When playing through Resident Evil 4, I tend to favour facing El Gigante rather than the Bella Sisters. El Gigante may be big and scary, but he’s easy to take down or run away from if you choose.

However, not only are the Bella Sisters scarier, but they’ll also chase and scream at you while trying to chop you up into little pieces. Oh and to make matters worse, they’ve got a horde of crazed villagers to chase you down too.

The Bella Sisters are a class of Chainsaw Ganado, however unlike the male Dr. Salvador, they’re faster and of course, there are two of them to worry about. As terrifying as they are memorable, they’re definitely some of the best enemies you’ll find within a Resident Evil game!

The original Resident Evil from 1996 will forever remain a piece of iconic gaming history, but this enemy encounter actually comes from the remake. When the Resident Evil remake arrived for the Nintendo GameCube in 2002, it not only brought something new to existing Resi fans but was also an introduction to those new to the series.

The Resident Evil remake welcomed new areas and enemies, all while maintaining what made the original so popular. However, while the eerie Lisa Trevor will be at the forefront of a lot of minds (and rightly so), we can’t forget the Crimson Head zombie.

When this remake released, gaming resources were nowhere near what they are today.  Sometimes we know too much about news games thanks to the internet and marketing.  However, a lot of the Resident Evil remake was kept under wraps and that included the Crimson Head. Up until this point, we’d kill a zombie and that would be the last of it.

Yet, in this remake, there were certain zombies that could be reborn as the Crimson Head, if they weren’t properly killed This form of zombie moves at sprinting speeds, and has razor-sharp claws. I admit, when I first encountered the Crimson Head I screamed and ran for the door (in-game of course). To my horror, I discovered that these evolved zombies could open doors. Is nowhere safe anymore?!

The Zombie Dog a.k.a the Cerberus is a constant mainstay in the Resident Evil series. We first met these zombie mutts in the original Resident Evil when they came crashing through the windows in one of the most epic jump-scares of all time. To this day, those mutated Doberman still makes me jump!

While these are not the most deadly of creatures in the series, they’re certainly among the most iconic. Much like the standard zombie, the Cerberus can be taken down with relative ease.  However, if you get attacked by a pack of these zombie mutts, you might be done for!

I hate the Regenerator from Resident Evil 4, not because they’re incredibly deadly, but the way they walk, shuffle and sniffle with their little twitchy noses. I always remember when I first saw the Regenerator in chapter five, hanging in a lab and lying on a table as a result of some form of experiment. However, you just knew that these monsters wouldn’t be dormant for very long.

As you make your way out of the lab you hear a loud thud followed by a horrible sniffing sound and, as I write these words right now, I can still hear it sniffing. The noise comes accompanied by tense music letting you know that something is about to get you.

Then you see it: this abomination shuffling slowly in your direction. You start pumping it with lead, and finally, it drops to the floor. Just when you think your nightmare is over, the Regenerator shoots back up from the floor and pursues you once again.

During my first playthrough I ran like Forrest Gump, hoping that I’d never see this horrid creature again. As it happens, the first encounter isn’t the last we see of the Regenerator. The creature makes a comeback with an advanced form called the Iron Maiden, this time covered in spikes!

If the Iron Maiden gets too close, this creature doesn’t bite you, but it will instead pull you in its direction and impale you onto its body of spikes. I kinda wish that we’d see the Regenerator/ Iron Maiden again in the Resident Evil series, but at the same time, I don’t!

Other than the Crimson Head, there’s not many other standard enemy types that fill me with dread quite like the Hunter.

The Hunter has appeared in a number of entries from this series in one form or another, including Resident Evil 3, Code Veronica, Revelations, Outbreak, and more. However, it’s my first encounter with this human-animal/reptile hybrid in the original game that is my most memorable.

After leaving the Guardhouse Residence in Resident Evil and upon returning to the mansion, you are greeted with a first-person cutscene of something moving at a great speed, heading in your direction.

What you get is your first encounter with the Hunter! Big, strong, powerful and agile, the Hunter can leap metres into the air. If you’re not careful, the Hunter can even decapitate you in a single swipe with its ultra-sharp claws. The Hunter is without a doubt one of the most deadly creatures in the series, and one definitely deserving of a place on this list of best Resident Evil enemies.

Probably my favourite enemy type in the entire Resident Evil series is the Licker. Much like a lot of other creatures in Resident Evil, the Licker has appeared in some different forms over the years. However, once again it’s the first encounter with the Licker that is the most memorable for me, and is truly an iconic moment in the survival horror series.

If you’ve played the original Resident Evil 2, you’ll know of the epic cutscene when you see the Licker for the first time, clinging to the ceiling with drool dripping from its mouth.

The Licker has some similar characteristics to that of the Hunter, with it also being super-strong, able to jump metres in a single bound, and capable of causing huge damage with its elongated claws. However, the Licker is faster than the Hunter, and can quickly move on the ground, walls, and the ceiling. It’ll also whip you with its unnervingly long tongue.

Thankfully the Licker does have at least one weakness and that’s being blind. It is possible to sneak around these deadly mutations, which are believed to originate from the regular zombie.  However, the Lickers’ blindness can also be seen as a strength, as it has only enhanced its other senses.

Well, that concludes my most favourite enemies of the Resident Evil series. Naturally, there are loads of badass enemies that couldn’t make this list, so be sure to let us know your favourites across our social media channels. Looking for more RE lists? I’ve ranked my favourite Resident Evil bosses, too!