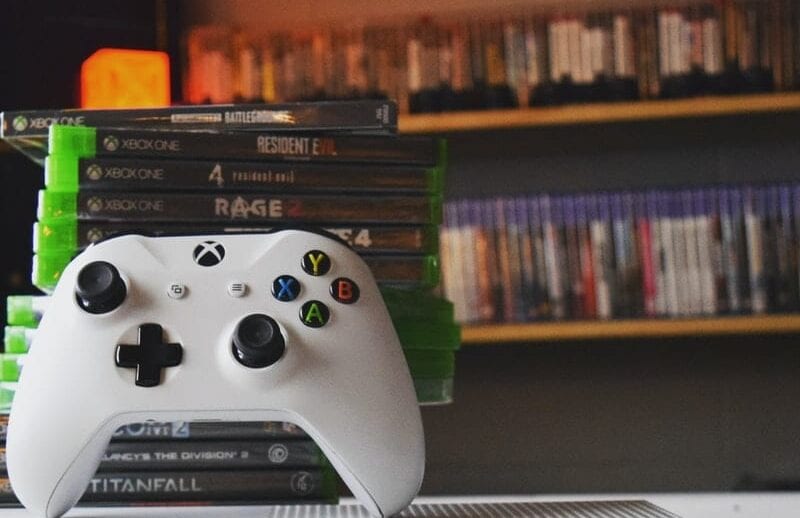 It’s the year 2021, and playing video games has never been easier. Thanks to the convenience of digital gaming, we can browse, purchase and play a wide variety of games without leaving our front door. Yet, while technology has enhanced our abilities when it comes to instant entertainment, it has the potential to harm video game preservation as a whole.

Digital storefronts are anything but new, but they are growing more prominent as time progresses. Sure, this isn’t necessarily a bad thing. However, playing digitally does create some unfortunate caveats, which ultimately harm consumer choice and accessibility. Most importantly, it’s creating huge issues for video game preservation.

Here’s a question for you: how many video games are there in existence? You just Googled it, didn’t you? Well, now ask yourself how many of those games can you actually play right now? Historically, the video game industry has used backwards compatibility to facilitate access to older titles. While some consoles have omitted the feature in the past, others made it a primary hardware feature, one that would serve as a selling point.

You might be thinking, “wait, why is this even an issue?”. Well, while getting free games as part of a set subscription price is nice, it also contributes to the death of physical backwards compatibility. The second-hand market is abundant with physical video games. Yet, Sony and Microsoft are both pushing for a digital future, one that doesn’t always facilitate access to these games. Consoles like the PS5 Digital Edition and Xbox Series S have made physical gaming all but obsolete, while failing to provide an alternative solution.

It’s worth mentioning that both Xbox Game Pass and PlayStation Now both have numerous retro titles included in their libraries. However, as you can imagine, it’s still not every game that’s available physically. Again, traditional means of backwards compatibility would allow you to physically obtain a game, pop it in your system of choice and play. The digital era’s solution places video game preservation in the hands of console manufacturers, who ultimately want you to spend your money on new games.

The pre-owned video game market is a blessing for gamers on the budget. Yet, for publishers and console manufacturers alike, it’s a massive financial bugbear. As you can imagine, Sony and Microsoft would prefer you to either buy your games new or digitally, since it would mean more game sales and revenue for all parties involved.

Unfortunately, the pre-owned gaming market is on its last legs. This is largely thanks to the introduction of digital-only consoles. However, there’s also something of a trend emerging when it comes to next-generation enhanced versions of games. Recently, Activision announced that physical copies of Tony Hawk’s Pro Skater 1+2 on Xbox One are exempt from next-gen enhancements, which means players will have to repurchase the game digitally.

Ultimately, this practice will deter gamers from buying pre-owned games, especially for use on next-gen hardware. As a result, many gamers who have a limited budget will either have to spend more money or essentially stay a generation behind in terms of performance and graphics. While all of this is basically a way to push players into playing for services like PS Now and Game Pass, it’ll also inadvertently drive some consumers away from the hobby, especially those who can’t afford subscription prices.

The price of gaming has been mitigated by the pre-owned market for years now. Being able to trade and buy pre-owned games at a reduced cost keeps many working-class players in the hobby. Digital distribution is detrimental to this process, especially since digital copies are often more expensive than their physical counterparts. In its current state, the digital market serves as a financial barrier to those from low-income backgrounds, which creates a class-based rift in terms of video game accessibility.

Before we go any further, it’s important to note that digital storefronts do contribute to gaming accessibility and preservation. However, these storefronts have something of a shelf life, which makes them anything but immortal. We recently learned that Sony is planning to retire its PlayStation 3, PSP and Vita Storefronts – a huge problem for console owners and preservationists alike.

Sony’s storefront situation is something of an oddity. The Vita’s longstanding eshop provides access to PSOne, PSP and PSMinis titles currently unavailable on the PS4 or PS5. While you’d think Sony would still want to cash in on its older titles, its decision to kill the Vita’s storefront suggests otherwise. The company’s previous foray into retro gaming resulted in the PlayStation Classic Edition, a mini-console that left a lot to be desired. The mini console’s poor reception could be a red flag for Sony, one that has deterred it from focussing on legacy games.

Both the PS4 and PS5 use a similar store infrastructure, but if Sony decides to change things on future consoles, it could affect the hardware’s lifespan. The PS Vita is only a decade old, so the fact its storefront is closing is somewhat disheartening. Yet, the closure of digital stores has become a trend in the industry, with Nintendo also closing its Wii shop channel. While the Wii U still has access to Nintendo’s legacy of digital titles, it’s likely to be retired in the near future.

Video games are fun, but their production can be a legal minefield. From expiring music copyrights to legal disputes between publishers and developers, games can find themselves being removed from sale. While this can be circumvented by purchasing a physical copy of the game, buying digitally is an entirely different story.

Driver: San Francisco is a great example of a game that no longer exists digitally. Ubisoft removed it from all digital storefronts in 2016 without explanation, much to the dismay of fans. The game features a wide array of music tracks, so it has likely encountered some licensing issues since its release. While the game can be played physically on console and PC, the phrase “out of sight, out of mind” definitely applies here.

Accompanying Ubisoft’s car caper is also the likes of Fable 3, a game that is still available on consoles but not PC. Again, the game was allegedly taken down from Steam due to licencing issues, which is frustrating considering it’s included on Game Pass for consoles. While the game could return to PC in the future, the fact it was ever taken down is a testament to the trials and tribulations of digital gaming.

While the above examples were removed due to legal obligations, some games are also removed from sale for no good reason. The Super Mario All-Stars 3D Collection is being discontinued both physically and digitally, and honestly? It seems like Nintendo is just trying to mess with us. Nintendo has made it clear since 2020 that the compilation would be a timed-release, but nevertheless, it’s still an abysmal decision for video game preservation.

Nintendo’s commitment to supporting legacy titles has reduced somewhat on the Switch, especially when it comes to its eShop. The Switch’s storefront doesn’t support Virtual Console games, which means countless classics have been omitted from Nintendo’s digital experience. Sure, Nintendo does have its NES and SNES collections free to Nintendo Switch Online subscribers but compared to the Virtual Console, the service is lacklustre, to say the least.

All of the above digital gaming detriments all link back to one centralised issue when it comes to games. While owning a physical copy of a game doesn’t give you jurisdiction over its contents, it does provide players with a sense of control. Being able to access a game you’ve purchased with no stipulations is essential, especially when it comes to preserving gaming history.

The digital age has ushered in a sense of dissociation when it comes to games. More and more titles are being released as “live services”, which can be withdrawn at any moment. While cancelled games like EA’s Anthem are still playable, its servers could be closed in the future. This is a common trend in online experiences, with various AAA multiplayer servers finding themselves being eventually retired. If gaming goes completely digital in the future, we could be faced with an industry that doesn’t maintain access to games, meaning they’ll be consigned to screenshots and memories.

Like it or not, gaming is going digital. While the looming threat of digitisation is a problem for video game preservation, it’s a logical and practical step for the industry to take. While it’s okay to be cautiously optimistic about the whole affair, it’s important to remember that convenience comes with compromise. Being able to access games is something we take for granted. At some point, as an industry, we’re going to have to sit down and chat. It’s not going to be easy, but hopefully, the future will be kind to us when it comes to backwards compatibility, accessibility and the longevity of digital storefronts.

Love PC Gaming? Check Out These Five Incredible Digital Games To Play At The GameByte Shop

The PlayStation TV Is Still Worth Investing In