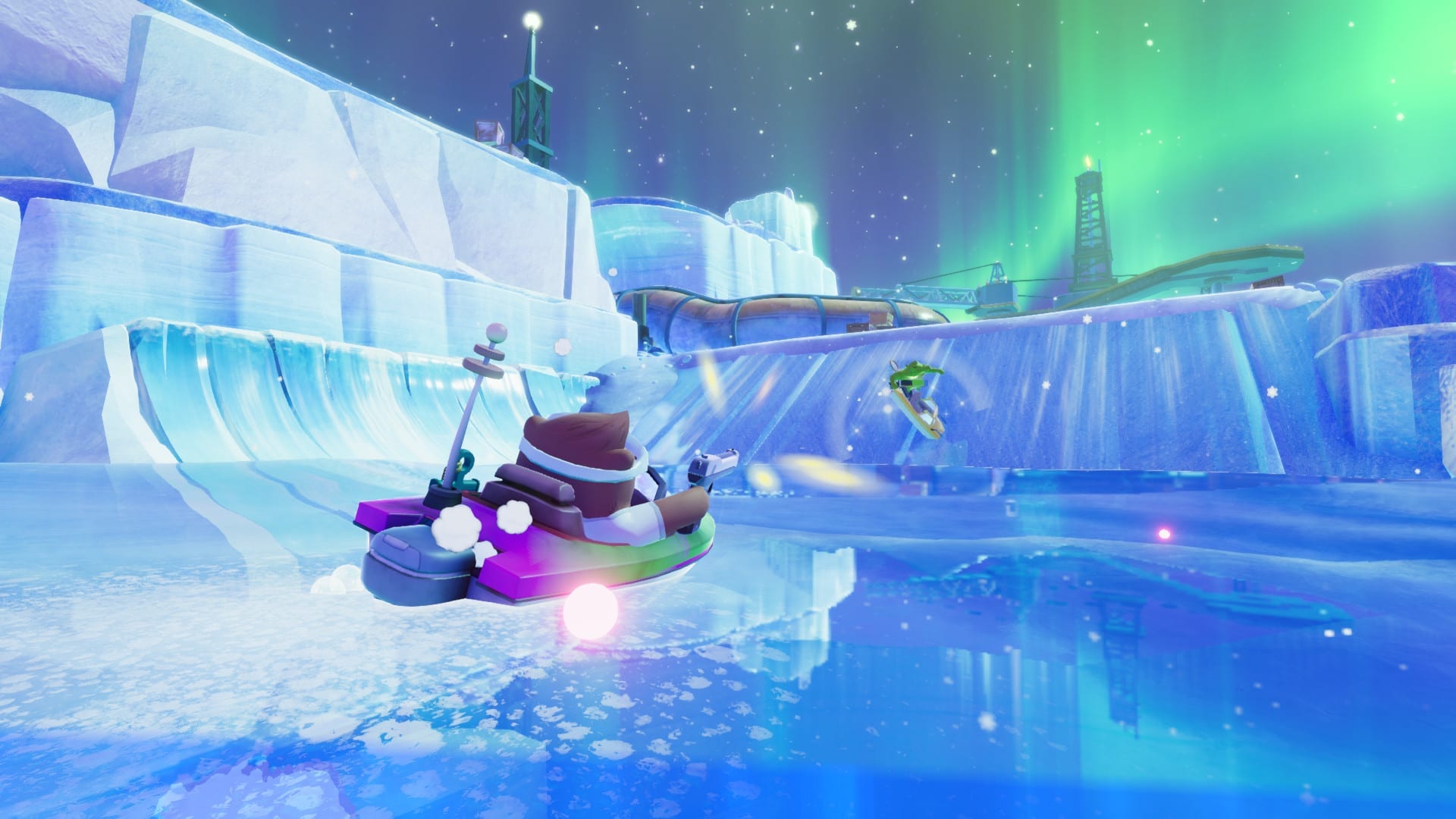 Funktronic Labs has announced Wave Break, a game about “skateboating” bears with guns, coming to PC and console!

Yes, you’ve read that correctly. Wave Break is a game that features surfing/skateboarding bears with guns.

After watching the gameplay trailer for Wave Break, it looks as crazy as you might expect. I suppose this is what might happen if Tony Hawk did a surfing game and replaced humans with bears…?

Wave Break is developed by indie studio Funktronic Labs and other than featuring surfing bears it is said to be a “vibrant 80’s inspired skateboating game” that captures “the feel of classic arcade skateboarding games with a dash of boating and a pinch of online shooters.”

Wave Break will feature a single player campaign, as well as competitive online modes such as Deathmatch and Trick Attack.

If Wave Break already looks familiar to you, that’s because it was released for Google Stadia last year, but now it’s coming to PC via Steam and Nintendo Switch this summer.

Wave Break also features a new Park Creator with hundreds of park pieces full of neon nostalgia goodness, as well as a wealth of options to customise your favourite bear!

When playing with friends, you’ll be able to enjoy Wave Break not only online, but also with some good, split-screen local couch co-op.

“The team worked hard to get it smooth 60hz on Switch, and we can’t wait to see all the wacky fan-made creations in the new Park Creator. We also have another big musical surprise coming for launch, you won’t believe it!“

Are you looking forward to playing Wave Break on PC and Nintendo Switch this summer? Let us know across our social media channels.