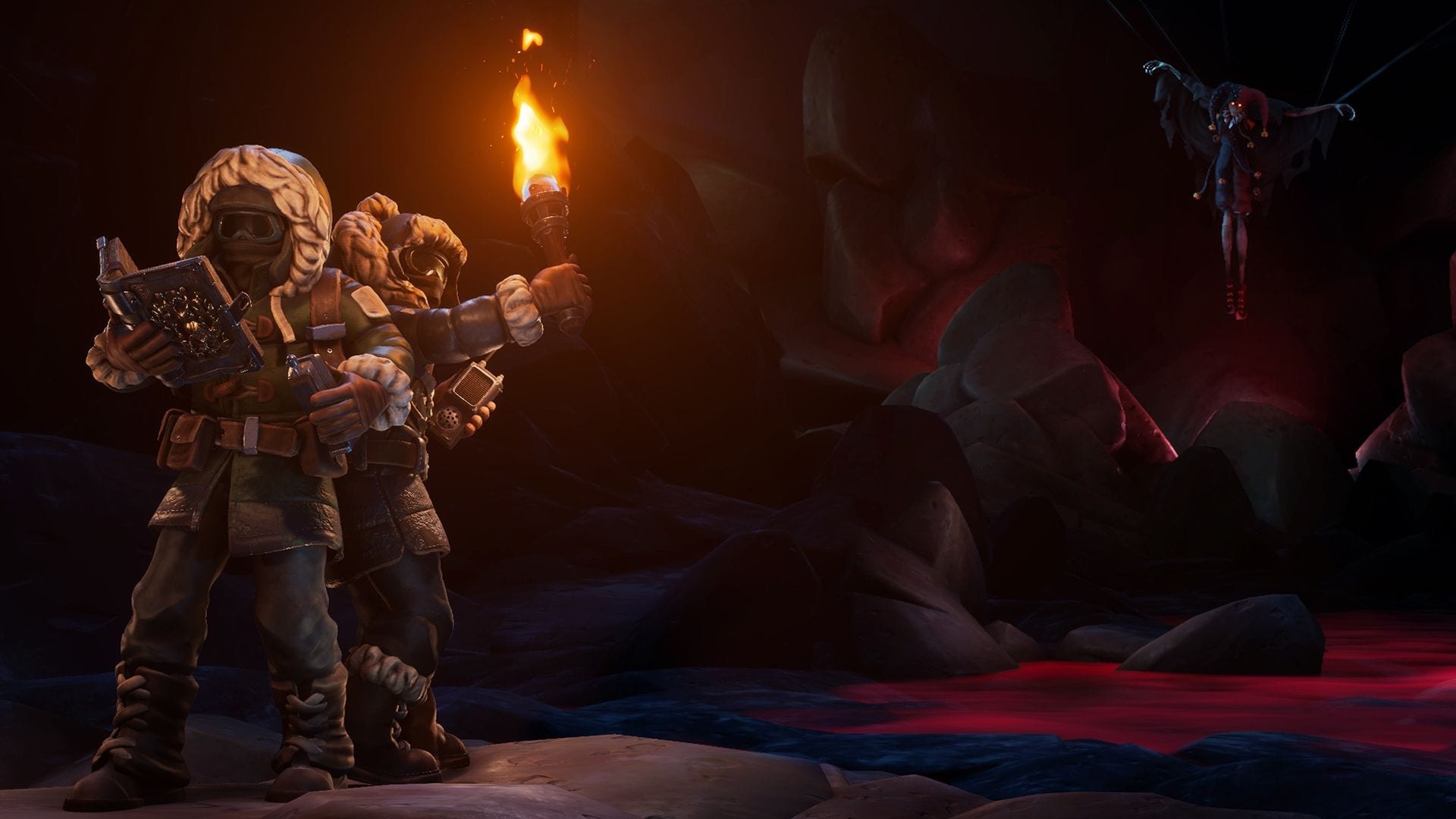 Brace yourselves, explorers, as it’s time to return to Castle Rock with We Were Here Forever, the next instalment in Total Mayhem Game’s co-op puzzle adventure.

We Were Here is an episodic experience with cooperation at its core. The first three episodes of the game feature two adventurers trying to survive the wilds of Antarctica. Players must strategise and communicate to survive while attempting to uncover the mysteries of Castle Rock, the game’s haunted castle.

While We Were Here starts off as jaunty fun, strange events begin to transpire, all of which appear to be linked to Castle Rock’s mysterious past. After the game saw incredible success on Steam, it moved over to PlayStation.

We Were Here Forever’s announcement trailer confirms that our explorers are now trapped inside Castle Rock while introducing us to a new antagonist looking to strike a bargain. The trailer’s voice demands, “bring me what I seek or suffer forever”, while laughing maniacally.

The villainous voice belongs to a strange jester puppet, attached to a rather large and intimidating hand. While the game’s back-of-the-box synopsis doesn’t provide any clues as to what’s happening, it does give us some ominous context:

“You awake inside the sinister Castle Rock with no way out – were you betrayed, or simply not that clever? The We Were Here Series is returning with a new co-op puzzle adventure, coming to Steam, Xbox and PlayStation! Do you and your friend have what it takes to face the dark forces of this realm or will you be trapped… forever?”

There’s no doubt that with We Were Here’s sinister overtone comes paired with an even greater challenge.

Players will have to work even harder to decipher Castle Rock’s puzzles while trying to work out the who, where and why of their situation.

Who knows, perhaps our creepy new clown friend will let us go if we give him what he wants. It’s more likely that this co-op adventure is about to take a turn for the worst, in the best way possible.

We Were Here Forever is coming to PlayStation 5, Xbox Series X|S and Steam in Q4 of 2021.