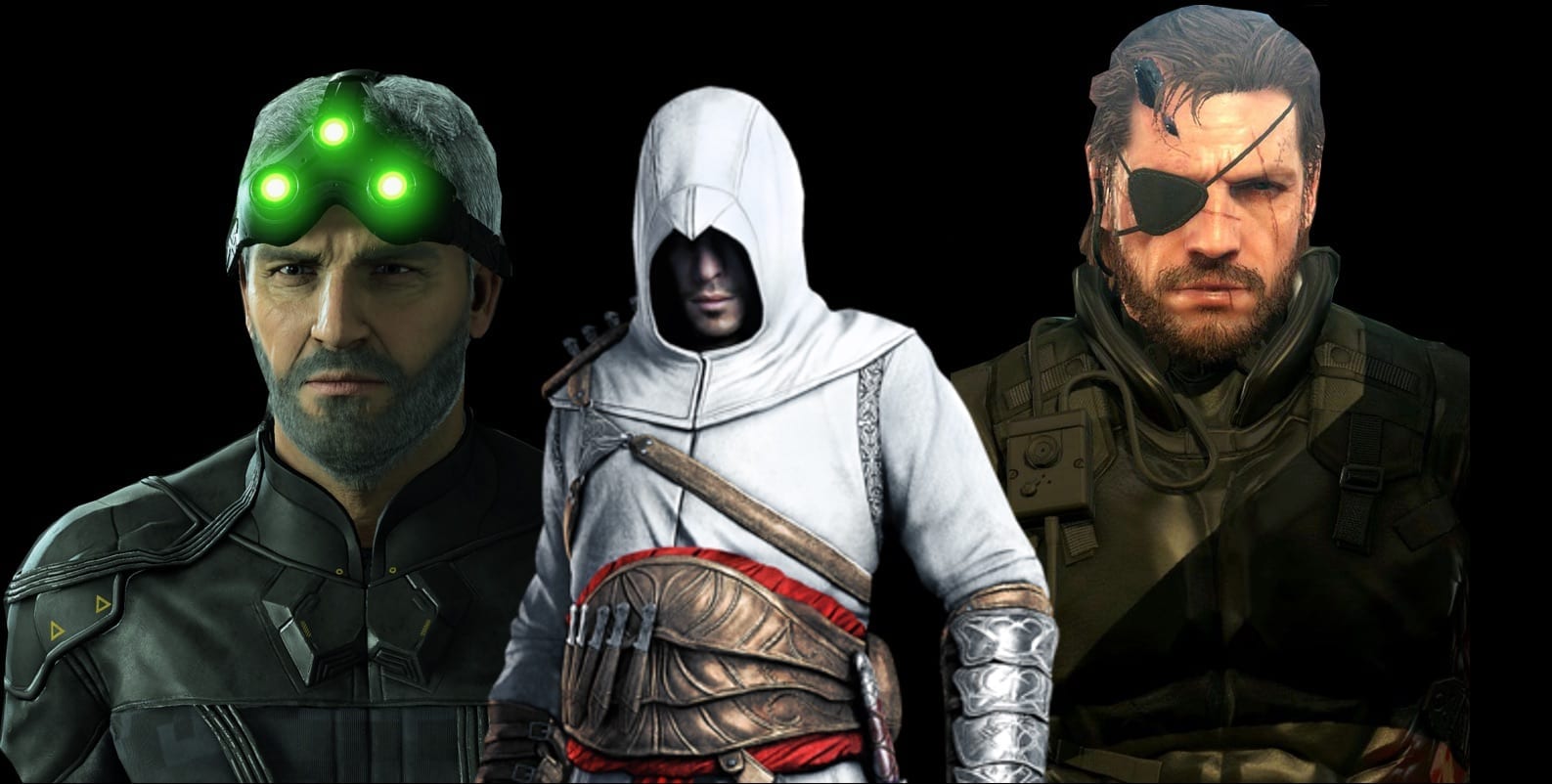 Stealth games hold a place in the hearts of many gamers who grew up playing them. I spent hours and hours playing Splinter Cell: Chaos Theory and Double Agent back on the PlayStation 2 and was completely hooked on the genre from then.

Generally, these games offer something completely different to most titles where you simply move along to complete a level; they challenge the player to think outside the box and come up with inventive ways of achieving the objectives. The mental challenge provided by having to complete missions undetected really adds a different dimension that a lot of AAA titles lack, especially in recent releases.

Moving away from stealth

Seemingly the only stealth within current releases is found in smaller indie titles and horror games. Don’t get me wrong, this is completely appropriate. But why is AAA turning away from stealth as a focus? The stealth in games like Alien: Isolation completely fits the atmosphere and make total sense in the context of the game. Who on Earth would want to run about a spaceship banging around calling for the hungry-for-blood alien to come and tear you a new one? The stealth works here. But outside big horror releases like this, stealth really is becoming less common in the bigger releases.

Most notably, the Assassin’s Creed franchise has seen a massive shift away from the classic stealth gameplay that played such a massive part in the success it has seen over the years. In the original Assassin’s Creed, first released in 2007, stealth was an important gameplay mechanic, but the series has since strayed away from these roots. Sneaking around as Altair, using hidden blades to pull templars into a bale of hay was great fun, wasn’t it? Keeping one eye on all the other guards to make sure none of them noticed what you were up to just added depth to the missions, and with every desynchronization you got the opportunity to tweak your strategy or your hiding spots in order to perfectly execute your somehow unnoticeable massacre.

This may seem unrealistic when you look at it, but who really cares? In real life would someone have noticed you if you were sneaking around pulling people into hay bales? Most definitely, but this is a game where you access an ancestor’s memories through shared DNA, and are able to drop off a church into said hay bales and walk out completely unscathed. These examples are features still present in the most recent title in the series, “Valhalla,” and people don’t seem to have too much of a problem with it, so where is all of the stealth?

Getting it right: Splinter Cell

For me, it’s the Splinter Cell games that are king when it comes to stealth-based titles. It may just be the nostalgia that makes me miss these games, but I think it’s strange that Splinter Cell was left on the scrapheap whilst other Tom Clancy titles have moved into multiplayer action shooter games.

Blacklist, the last Splinter Cell released in 2013, was a brilliant game with both single player and co-op that was seemingly well-received by audiences. So why are we yet to receive a follow-up to it? The gameplay itself was great and fluid, and whilst there wasn’t too much variety in the gameplay, each level definitely did enough to keep me interested throughout the entire game.

However, it’s the movement through the dark, evading and taking out your enemies where this game excels. Unlike Assassin’s Creed, there is much more of a realistic feel to stealth in these titles, which makes you feel like you should be whispering whilst you play them. What happened to these games, and why have they been missing for such a long time now?

Arguably, the last truly great stealth-based AAA title is Metal Gear Solid V: Phantom Pain. Now it’s safe to say that within this title, stealth is optional – and completely ludicrous – for most of this game. But it’s another game that excels in letting the gamer do what they want with it. It’s proof that stealth doesn’t have to be forced onto the player like it is in a game like Tom Clancy’s Splinter Cell: Blacklist. Just having the mechanics and the options in place for you to be able to think out and execute a plan however you see fit really adds to a game, instead of just leaving you to blast your way through every stage.

At this point though, Metal Gear Solid V is six years old, and with developers seemingly moving away from stealth as a focus point in their games, it’s making me think that the genre has begun to be completely neglected. Having more stealth elements in games could be a useful tool as a way of increasing difficulty, without simply adding more enemies or making them bigger bullet sponges. And whilst there are options on Steam for those after stealthy experiences to help them pass the time, console gamers really do struggle for options without the genre getting love from AAA developers.

Why is it that game devs are seemingly moving away from focusing on stealth in their games? Perhaps it’s just too time-consuming, or perhaps there simply isn’t enough demand for people who want these elements included. If the reason is a fear of not shifting copies at launch, it perhaps could be about finding the right balance. Although a new Splinter Cell game would be nice, we don’t necessarily need new games which are completely stealth-oriented. Just adding more elements of stealth to new titles would be enough for me, similar to how it worked in MGS V.

A bigger focus on stealthy elements or missions would be enough to keep the genre alive, and would add more variety to some largely repetitive action games. This has worked really well in the past for some titles, just look at Call of Duty. “All Ghillied UP” is a level that first appeared in 2007’s Call of Duty 4: Modern Warfare, along with its later remaster. It’s recognised as being one of the most beloved missions from the franchise as whole, and it’s almost exclusively a stealth mission. The demand is there, even if it’s not the loudest call from gamers.

With the new generation of console gaming now here, maybe it’s time for a stealth-focused series like Thief to get another shot, or perhaps Assassin’s Creed should swap its open-world RPG style for stealth once again. Whatever the future holds, I’m not ready to say goodbye to stealth-focused games!

Will We Ever Get Another Splinter Cell Game?

Could A New Splinter Cell Be In Development?

You Can Download Splinter Cell Chaos Theory For Free This Week