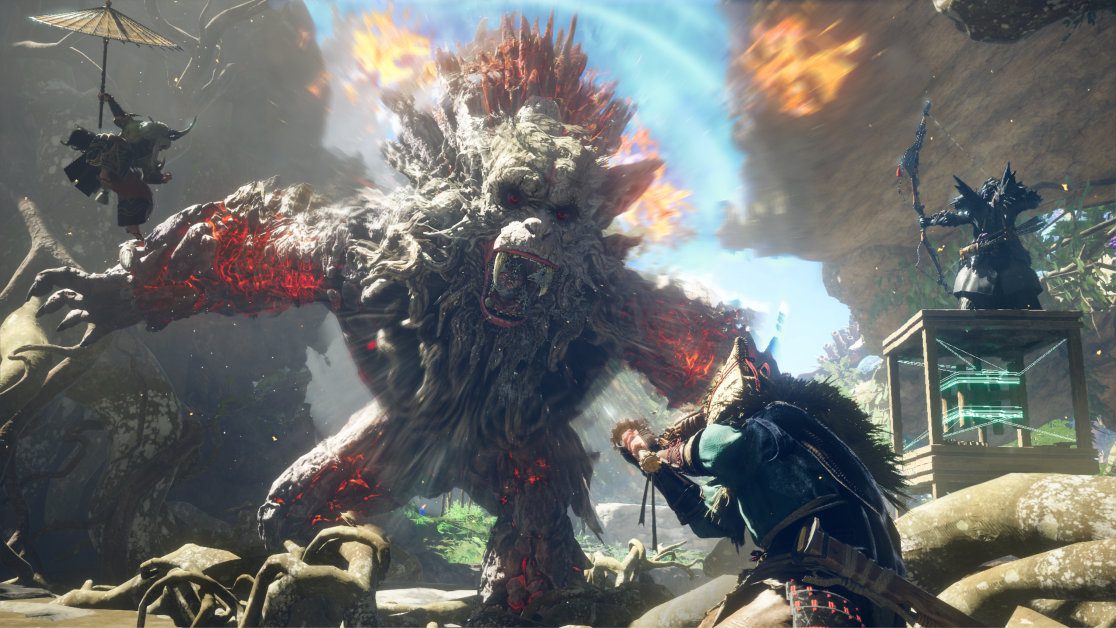 Wild Hearts, the EA and Tecmo Koei Monster Hunter rival has been officially revealed, as well as being tagged with an official release date.

Early September 2022, EA firstly announced that it was teaming up with Tecmo Koei. The collaboration is under the EA Originals program and will bring a new hunting game set in Feudal Japan.

Not much was known about the mysterious title, until now.

Wild Hearts is said to be: “The First AAA hunting experience for a new generation, WILD HEARTS features Ancient Technology that gives players a fighting chance against Giant Nature-Infused Beats.”

Furthermore, judging by the reveal trailer, it’s clear to see that this title intends to rival to Capcom’s Monster Hunter.

Developed by Omega Force – the team that brought us the Dynasty Warriors series, expect the gameplay to be high-octane and also intense.

Players will also be equipped with Karakuri, said to be “sophisticated mechanisms crafted from a lost, ancient technology.”

“Wild Hearts opens up a vibrant fantasy world to players that is as untamed as it is beautiful,” said Yosuke Hayashi, Executive Vice President of Koei Tecmo Games.

“With Wild Hearts, not only did we want to showcase the evolution, infusion and real threat caused by Kemono, but we also wanted to create a game where crafting was at the core of the experience, redefining what can be possible in a beast hunting game,” Hayashi continued.

“We have placed great care in designing our Karakuri to fit within the combat. We’re excited for players to use these powerful mechanisms to fight giant beasts and also traverse the world.”

What’s the story with Wild Hearts?

According to the press release: “Wild Hearts takes place in Azuma, a fantasy landscape inspired by feudal Japan, that is now rampaged by the once peaceful Kemono – altering their environment at the cost of citizens’ lives.

“The Kemono range from plant-infused squirrels to the massive Kingtusk wild boar. After a dreadful fight with the winter wolf Deathstalker, players become the bearer of a life-sustaining technology and are compelled to restore balance across the region.”

When is the Wild Hearts release date?

Wild Hearts will release on February 17 2023 for PC, PlayStation 5 as well as Xbox Series X|S.

Do you believe that Wild Hearts will be a worthy rival to Monster Hunter? Let us know across our social media channels.