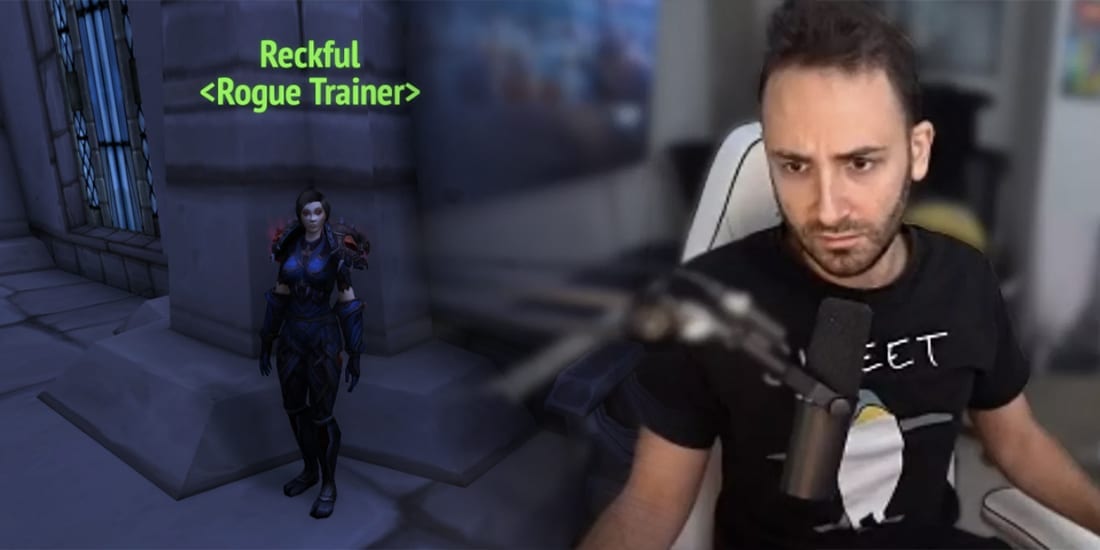 Earlier this year beloved streamer and pro gamer, Reckful, died by suicide aged just 31. The content creator was arguably best known for his World of Warcraft and Hearthstone videos and streams, and was a key component of both communities. Now his legacy has been fully realised within WoW, thanks to Blizzard.

As noted by WoW news site, WoWHead, a new NPC by the name of Reckful has been added into the MMORPG, appearing as a Rogue Trainer in Shadowlands. The NPC serves as a memorial to Reckful and all his efforts within the WoW community.

The NPC has his own unique dialogue options, with the player being able to say to him: “It was good seeing you again.”

This isn’t the first time Reckful has made an appearance within WoW, but it’s certainly the most meaningful. Good job, Blizzard.

Reckful lost his life in July of this year, and social media was quickly flooded with messages of sorrow and the condolences of thousands.

At the time, Twitch issued the following statement: “We’re devastated to hear of Byron’s passing. Our hearts go out to his family, friends and community.

“He was a streaming pioneer and helped propel the whole industry going forward. The communities he cultivated in the games he played were forever changed by his relentless pursuit of excellence.

“Byron was someone who talked about his struggles to help make room for others to do the same. As we process his loss, we have to recognize that the stigma around mental health and treatment often prevents people from seeking and getting the help they need.

“If you’re struggling or know someone who is, there are many organizations and people who want to help.”

World of Warcraft also made an announcement in honour of Reckful, real name Byron Bernstein.

“The Warcraft team is greatly saddened to learn of the passing of one of the most memorable WoW players of all time.

“Rest in peace, Byron ‘Reckful’ Bernstein. We extend our sincerest condolences to Byron’s family, friends and his many fans around the world.”

We hope the new Reckful NPC brings joys to many.