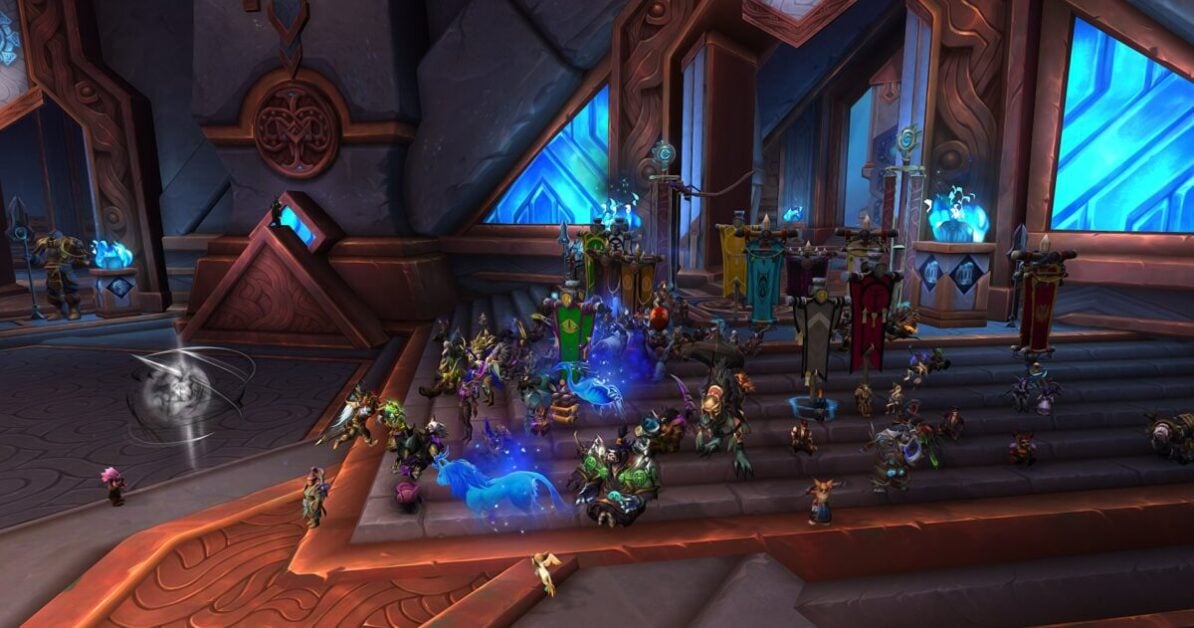 Following the recent allegations levied at Activision Blizzard, a World of Warcraft community is staging an in-game sit in protest [via Eurogamer].

Last week, the state of California issued a lawsuit against Activision Blizzard for alleged ‘frat boy’ attitudes in the workplace towards women and minorities. Ex-Blizzard executives deny having prior knowledge of their employees’ alleged behaviour, and the company has issued a strong denial of the claims.

Since the lawsuit was filed, a bunch of World of Warcraft players have taken to accumulating in the game’s social hub as part of a sit-in protest. It’s organised by Fence Macabre Caravan, a faction-neutral role playing guild that operates on the Wyrmrest Accord & Moon Guard servers.

The protest has been running since Thursday, 22nd July, with several players taking to the Idyllia Steps, Oribos in the game. A twitter post from the guild reads: “We as customers and members of this community protest the unethical treatment of employees at Activision Blizzard, and demand that they make transparent changes to their company and associated IPs.

“We stand with the victims and survivors of Blizzard’s racism and abuse.”

“Change starts with a spark”

Alongside the sit-in protest, the guild is raising funds to support Black Girls CODE. The non-profit organisation that aims to teach girls coding between the ages of 7 and 17. The campaign site says that it’s in an effort to “help establish equal representation in the tech sector”. The campaign is running until 26th July and has managed to raise over £12,200 so far.

Several Twitter users have shared images of themselves participating in the protest.

In a post on Tumblr, Fence Macabre discusses what it hopes to achieve with the protest. “Change doesn’t happen overnight. We know this,” they write. “But change starts with a spark, a humble—yet powerful—spark all of you have shone bright today.

“We hope from this spark, Activision-Blizzard can illuminate the rot plaguing their company and make transparent, lasting changes to better their organization and associated IPs.”

Activision Blizzard is yet to comment specifically on the protest happening within one of its biggest games.