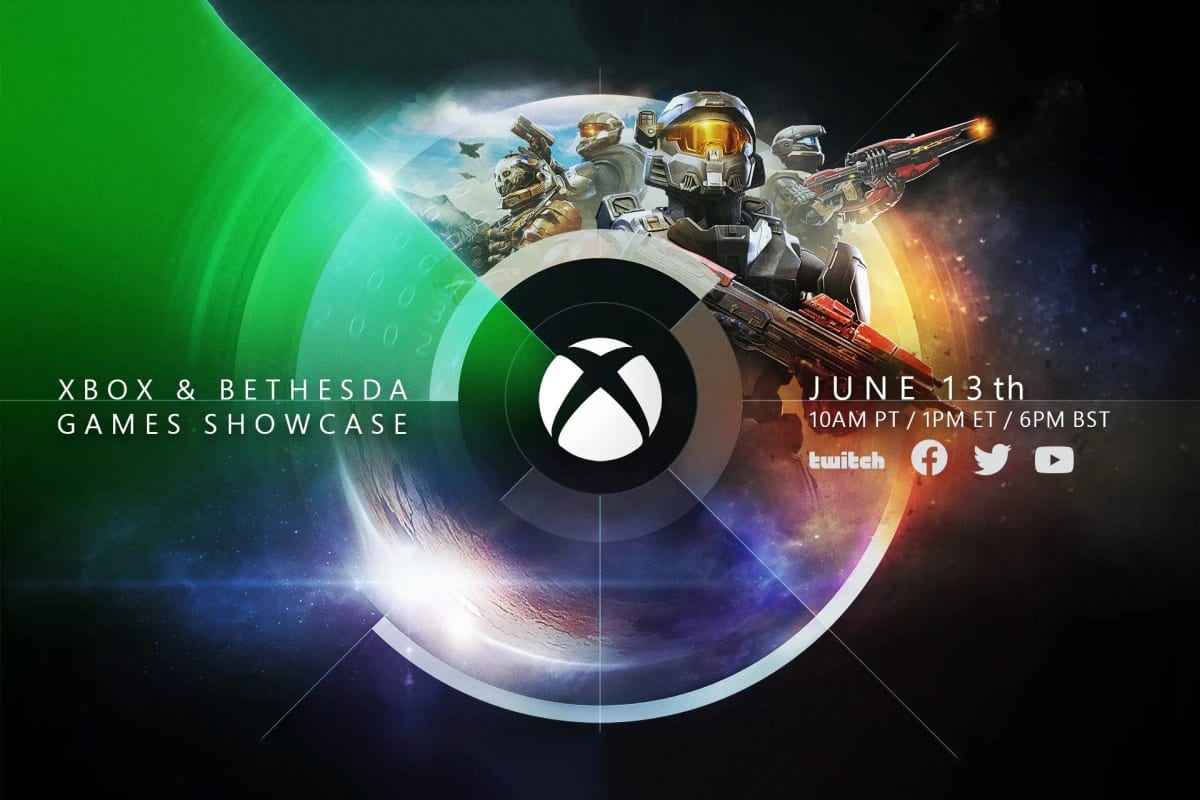 Microsoft has announced that the Xbox and Bethesda showcase has been confirmed for June 13th, just in time for the E3 season.

While we don’t know what will be showcased at the event just yet, it will surely be Microsoft’s most exciting Xbox event in years.

With the $7.5 billion acquisition of Bethesda parent company ZeniMax Media, not to mention that Microsoft has been on a spending spree buying loads of development studios, it’s bound to be a very busy show indeed.

At the showcase, we have the potential of new gameplay footage for Halo Infinite, a Gears of War announcement, and perhaps even a new Forza game announced too.

Microsoft is also bound to have a high focus on their Xbox Game Pass which continues to grow in value with each month that passes.

Fans might hope that Bethesda’s Starfield and The Elder Scrolls 6 might be at the showcase, and the lower half of the logo in the image above definitely looks like it could be Starfield-related!

What do you hope to see at the Xbox and Bethesda showcase next month? I hope that there’s some truth to the recent The Evil Within speculation! Let us know your thoughts across our social media channels.