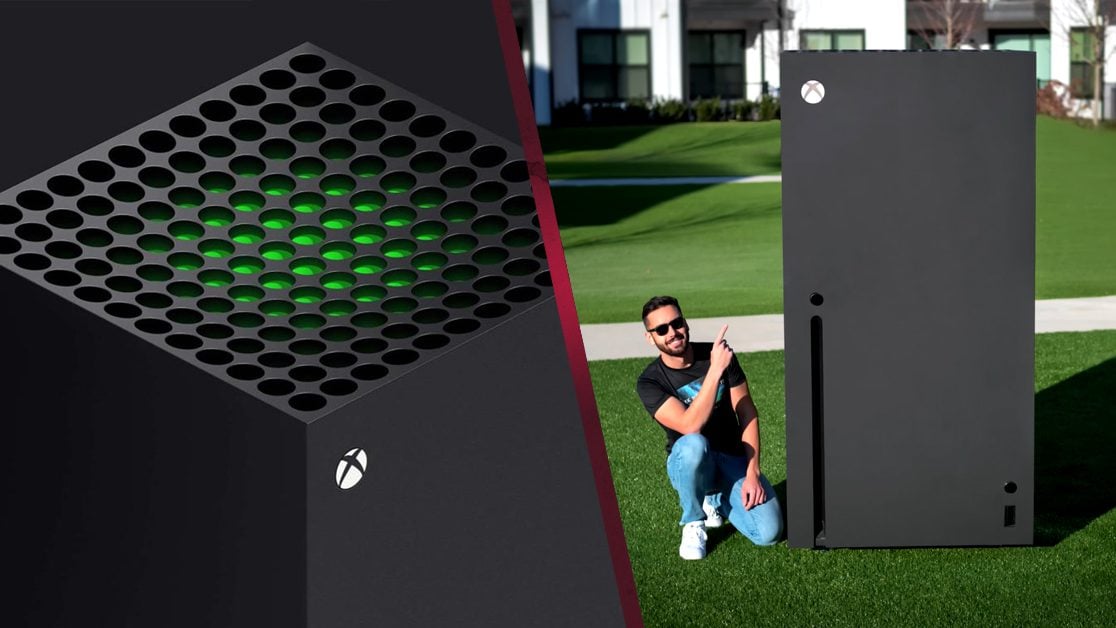 Statement pieces can come in many shapes and forms. But it’s hard to argue that the obelisk that is the Xbox Series X is much of one, considering it’s very simple look. Though it is quite sizable, considering it’s essentially like a PC tower, just not quite as wide.

Now though, Michael Pick, or The Casual Engineer, has decided to make the world’s largest Xbox Series X, specifically around 6 feet. Pick was inspired by the Xbox Series X fridge that Microsoft had made. Though he felt disappointed that this technically larger Series X wasn’t actually functional as a console.

Of course, he decided what any normal person might do, and built a giant Series X. To be specific, this thing is 6 feet and 5 inches tall, and 3 feet wide.. Or 2 metres tall and 1 metre wide depending on how you measure.

how does it work?

To be clear, this giant Xbox literally just has a standard Series X inside of it. But that doesn’t mean that the lengths that Pick went to weren’t impressive.

For one, he built a custom bracket which contained the Series X. This bracket had servo motors attached to it, which corresponded to inputs from the giant Xbox. Which means that if you press the on button on the big Xbox, the unit itself being mostly made out of wood, it would turn on the standard Xbox inside.

The on button on the giant Xbox even turns on, and the top vents glow bright green too. There’s honestly a lot of really nice touches on this thing. And best of all, it’s been donated to the YMCA Youth and Teen Development Center in Atlanta Georgia.

If you enjoyed this giant Xbox, then we also think you should check out the world’s first PS5 Slim, essentially it’s complete opposite.