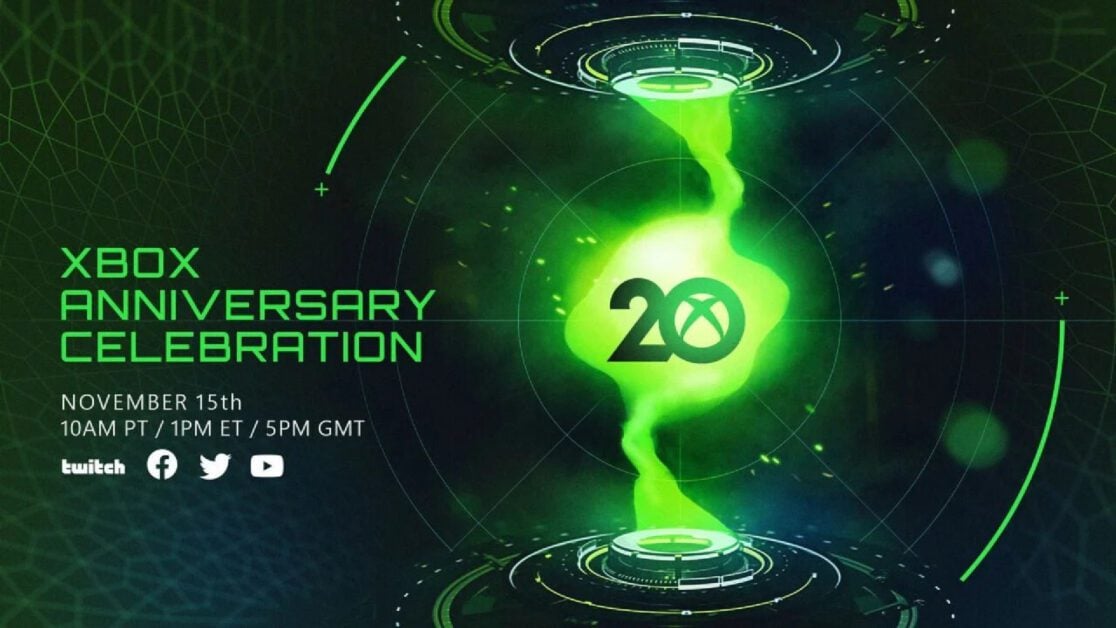 Xbox will celebrate its 20th anniversary with a special digital broadcast. However, don’t get too excited.

The original Xbox console launched on November 15th, 2001. Since that time, Microsoft has been a dominant player in the video game console market.

To celebrate its 20th anniversary, Microsoft has already announced a new sneaker collaboration with Adidas. They’ve even temporarily redesigned the website to resemble the iconic Xbox 360 dashboard of 2005.

Microsoft has now announced that there will be a special digital broadcast to celebrate all things Xbox gaming over the last 20 years. However, Microsoft will not be announcing any new games. So, we must all jump off that hype train right now.

“We invite you to join us on Nov. 15 to celebrate the 20th Anniversary of Xbox and Halo with a fun, digital broadcast for fans around the globe” reads a post on Xbox Wire. “While we won’t announce any new games, this anniversary broadcast will be a special look back at 20 years of Xbox.”

When and where can we watch the broadcast?

The broadcast will take place on November 15th at 5pm GMT/1pm ET/10am PT. You can watch it on the official Facebook, Twitter, YouTube and Twitch Xbox channels.

While we won’t get any new game announcements, hopefully, we will get a look at the story campaign of Halo Infinite. Perhaps, even the rumours of more classic games being added to the backward compatible list will come true?

Are you looking forward to the 20th anniversary Xbox event? Let us know across our social media channels.