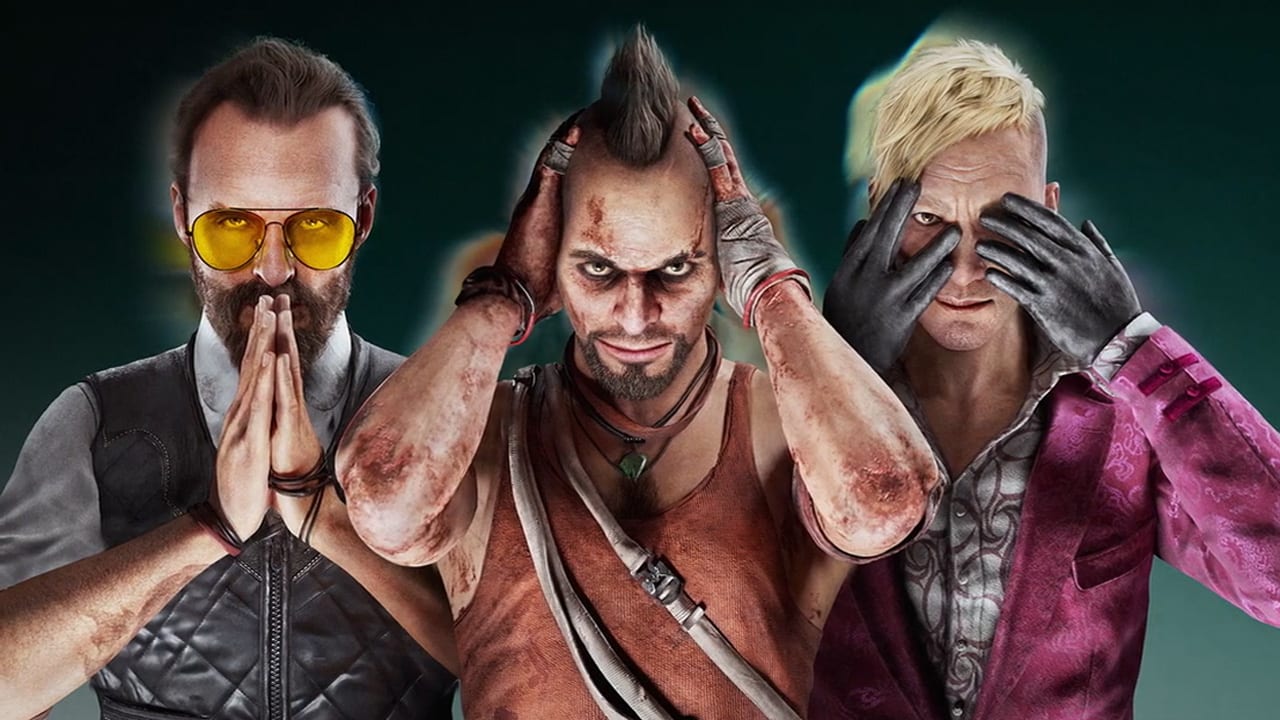 The Far Cry 6 season pass lets you play as classic villains from the series including everyone’s favourite, Vaas.

During the Ubisoft Forward event, the studio announced its plans for Far Cry 6 post-launch content. The DLC will put you in the shoes of Far Cry’s most iconic villains from the last three mainline games.

The gameplay looks like it will see each villain explore deeper within their wicked minds. The trailer shows all three exploring locations from their respective games, utilising some sickening enemy takedowns while they’re at it.

Go further down the rabbit hole…

It’s all included in the Far Cry 6 Gold Edition. Additionally, players who purchase the Season Pass will gain access to a new version of Far Cry 3: Blood Dragon, the synth-wave spin-off released in conjunction with Far Cry 3.

Last year, Michael Mando, the actor behind Vaas, teased that he may be reprising his role “very soon”.  The character has also recently appeared in a new Far Cry VR experience, only playable in arcades around the world.

Far Cry 6 is set to release in November this year and will star Giancarlo Esposito as its fascist dictator villain.

Who else is excited to see what heinous acts we’ll get up to as Vaas in Far Cry 6? Let us know your thoughts on Facebook on the post below.

Looking to pre-order? You may want to check out our latest deal at the bottom of the page which includes Far Cry 6!