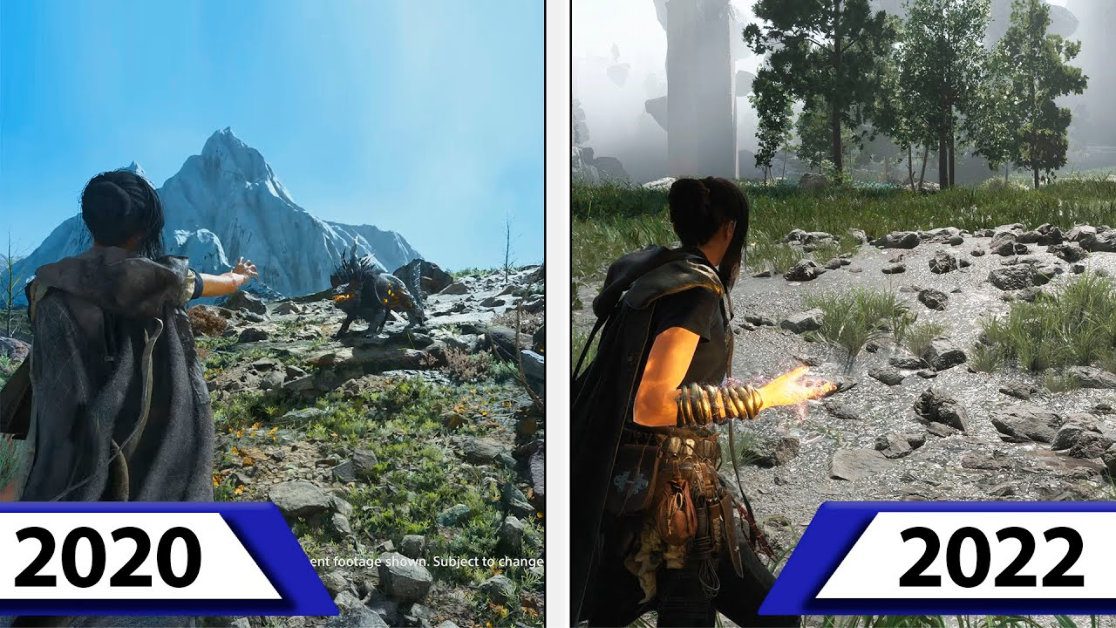 Forspoken PS5 comparison video shows a big visual downgrade from its 2020 reveal when under the name “Project Athia”.

Forspoken is an upcoming PlayStation time exclusive which has suffered multiple delays. However, a demo was released on the PS Store giving fans a taste of Forspoken ahead of its upcoming launch.

The Forspoken demo is out now

Created by a new studio called Luminous Productions, composed of former Final Fantasy developers, Forspoken is an action RPG with a lot of promise. In fact, back in 2021, we even suggested that this could be one of the best-looking open-world games on new-gen consoles.

To be fair, cringe dialogue aside, I think many would agree that Forspoken looked like an impressive game, visually at least. Unfortunately, the perspective may have changed thanks to the recently released playable demo.

Forspoken comparison video is quite telling

To put it bluntly, Forspoken doesn’t look all that good, at least from what we’ve been led to believe. At least judging by previously released gameplay videos. We know that graphics are certainly not the be-all and end-all, but having tested out the demo, Forspoken has left a lot to be desired.

What’s more, the YouTube channel ‘ElAnalistaDeBits’ has put together a handy comparison video with Forspoken of 2020 side-by-side with the playable demo of 2022.

In most cases, you would expect a game to look better with two more years of development time in between, not worse. Furthermore, the framerate appears to have taken a hit.

Just from what I’ve played of the demo and looking at this comparison video, the visual downgrade from 2020 to 2022 is quite clear to see. Forspoken’s world and foliage appear to have less detail, the character model of the main protagonist doesn’t look as good and as I’ve said, the framerate doesn’t look quite as smooth

Can Forspoken improve before release?

Yes, it can. I find it hard to believe that the developers would release this playable demo knowing that some fans won’t pick up on the downgrade.

However, I am also sure that the developers will rely on fan feedback to correct any reported issues pre and post-launch. That being said, the problem that Forspoken doesn’t have, despite being delayed on more than one occasion, is time.

Forspoken’s release is just over a month away. I’m hopeful that Luminous Productions will be able to iron out some issues before launch. However, I think we can expect most issues to be addressed post-launch. That’s unless the game is delayed yet again.

Forspoken isn’t the first game to get a comparison downgrade

Of course, this is not the first video game to have a visual downgrade and we’re sure it won’t be the last. The most infamous of downgrades has to be the Watch Dogs E3 2012 reveal compared to its launch. Just take a look at the video from Digital Foundry below.

Have you played the Forspoken demo?

Have you played the Forspoken demo? If so, we’d love to hear your impressions across our social media channels.

The Forspoken release date currently sits at January 24th, 2023 for PC and PlayStation 5.