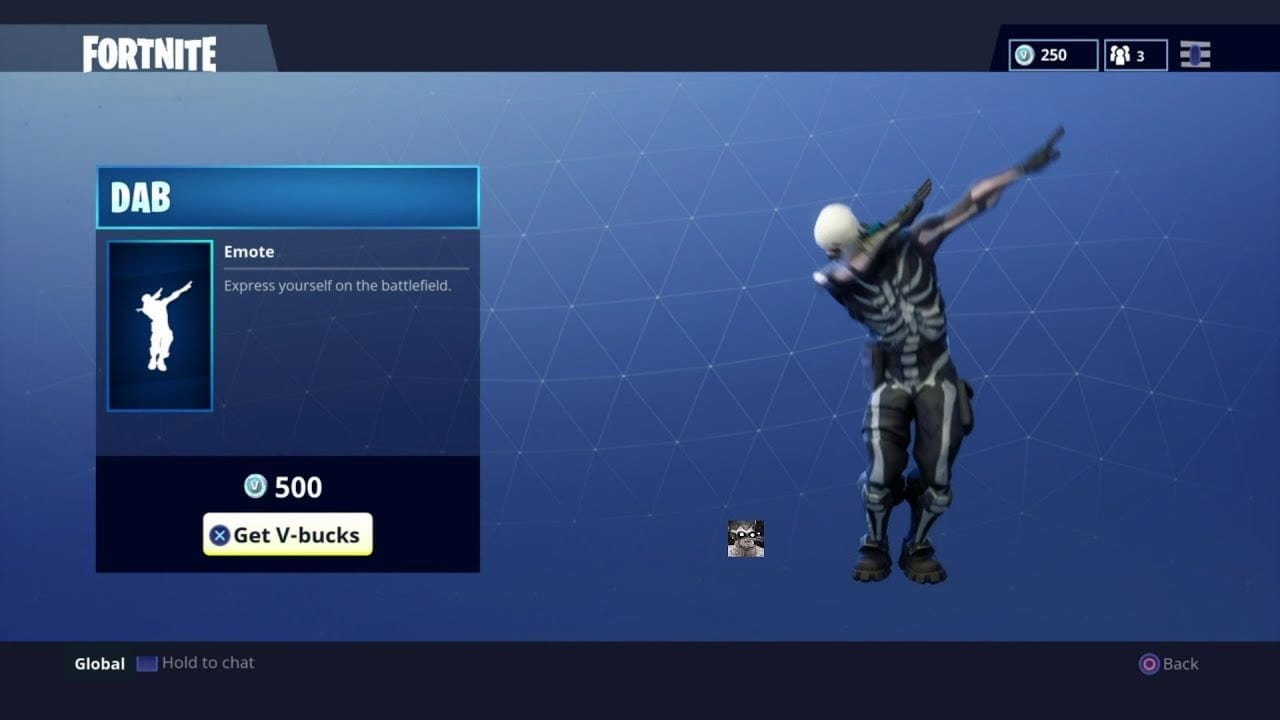 Loved by kids, ironically used by streamers, there’s no dance out there that’s more divisive right now than the Dab.

Whether you love it or hate it, it’s basically now become a staple of Fortnite, and if you’re chasing a Victory Royale you’re more than likely going to encounter someone dabbing along the way.

YouTuber Luke TheNotable recently took advantage of the dancing trend and Epic Games’ appreciation of it, using the recently-added 10 hour Infinite Dab in the lobby to make himself some money.

Luke TheNotable streamed the whole ten hours of the emote for his viewers and he was rewarded handsomely for his efforts. Before you start thinking “wow, hey, that’s not something I’d watch,” viewers could also take part in the lobby dance by dancing behind him. That makes it totally worth it, no?

Amused viewers donated $2000 and the streamer also landed himself an extra 6000 subscribers [via Kotaku].

All it cost him was 10 hours of his life and a pair of headphones, which accidentally got destroyed during the excitement.

Sharing the video to YouTube, he wrote: “This is the flashback recording of my infinite dab 10-hour live stream. I set out to infinite dab in the Fortnite lobby for 10 hours because the emote was updated with the ability to do just that.

“I was able to get tons of people into the live stream to help me dab for these 10 hours. I want to thank everyone that came. I will be making a highlight/recap video so check that out too!”

Luke TheNotable estimates his Dabs Per Hour at around the 7200 mark, meaning his character dabbed 72000 throughout the experiment.

Instead of keeping the donations, Luke TheNotable did the respectful thing and donated it out to other streamers, randomly throwing hundreds of dollars at them and spreading the love.

Would he recommend you try dabbing for 10 hours? No.

“Please don’t do this,” Luke TheNotable said to viewers. “If you do this correctly, at the end, literally nothing happens. I just really don’t wanna hear about any of you guys messing yourself up trying to do what I did. You could get hurt. I broke my headphones.”

The good news is that if you want to give it a go, Epic Games has actually now increased the dabbing time to 11 hours. So…have fun with that.

The minigun now has a cooldown after 6 seconds.
Snipers have the same dropoff.
Tons of bugs/inconsistencies were fixed.
And last but not least..
The 10 hour infinite dab emote is now 11 hours. Thank you @EpicGames