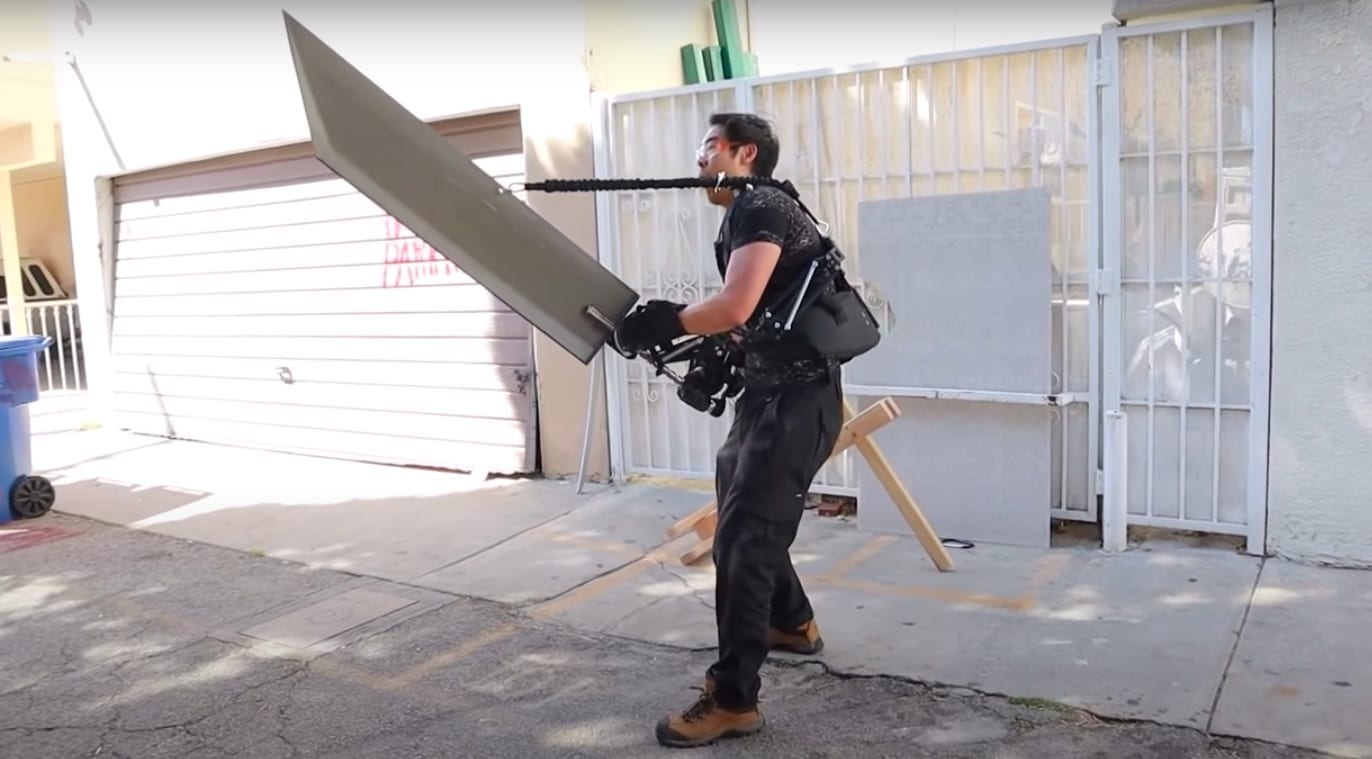 We’ve all wanted to become our favourite video game characters at some point. However, some of us want it more than others. One of those people is YouTuber Allen Pan, who bought an exoskeleton that allows them to wield a 50lb Final Fantasy Buster Sword [via News.Avi].

You might know Allen Pan from the YouTube channel Sufficiently Advanced, which features your favourite fictional concepts becoming a reality.

Pan has previously created a real, functional lightsaber and an electrified Thor’s hammer. Nothing is off the cards for this creator! While the YouTuber’s previous vids have been pretty ambitious, recreating Cloud’s combat mechanics in real life takes things to a whole new level.

Creating a 50lb Final Fantasy sword is one thing, but actually using it is a different problem entirely. After making the absurdly large anime weapon, it’s evident that it’s not for human use.

The sword’s weight distribution puts torq on the user’s wrist, comparable to that of a car engine’s rotational force. Pan’s solution? A $900 camera-stabilizing exoskeleton similar to the power suits from Edge of Tomorrow.

The exoskeleton is anything but elegant. However, after a few tweaks and some bungee cords, Pan is actually able to pick up the sword using the suit. Pan then proceeds to bash an old TV with the weapon saying, “I have the power of god and anime on my side!”.

While the Final Fantasy Buster Sword is still unwieldy, seeing Pan being able to swing it is pretty surreal.

Naturally, Pan’s next step in making the Buster Sword a reality involves recruiting a big, burly man. While Pan’s exoskeleton was only just up to the task, the strongman can lift the sword into the air while shouting, “I have the power!” which is slightly alarming.

The professional weightlifter is able to chop a watermelon with ease, which puts Pan and the power suit to shame.

I guess Cloud from Final Fantasy is stronger than he looks. If anything, this video has taught us that it’s okay if we can’t lift a 50-pound sword in real life. That’s what video games are for!

Would you wield your own Final Fantasy sword if you could? Let us know across our social media channels!