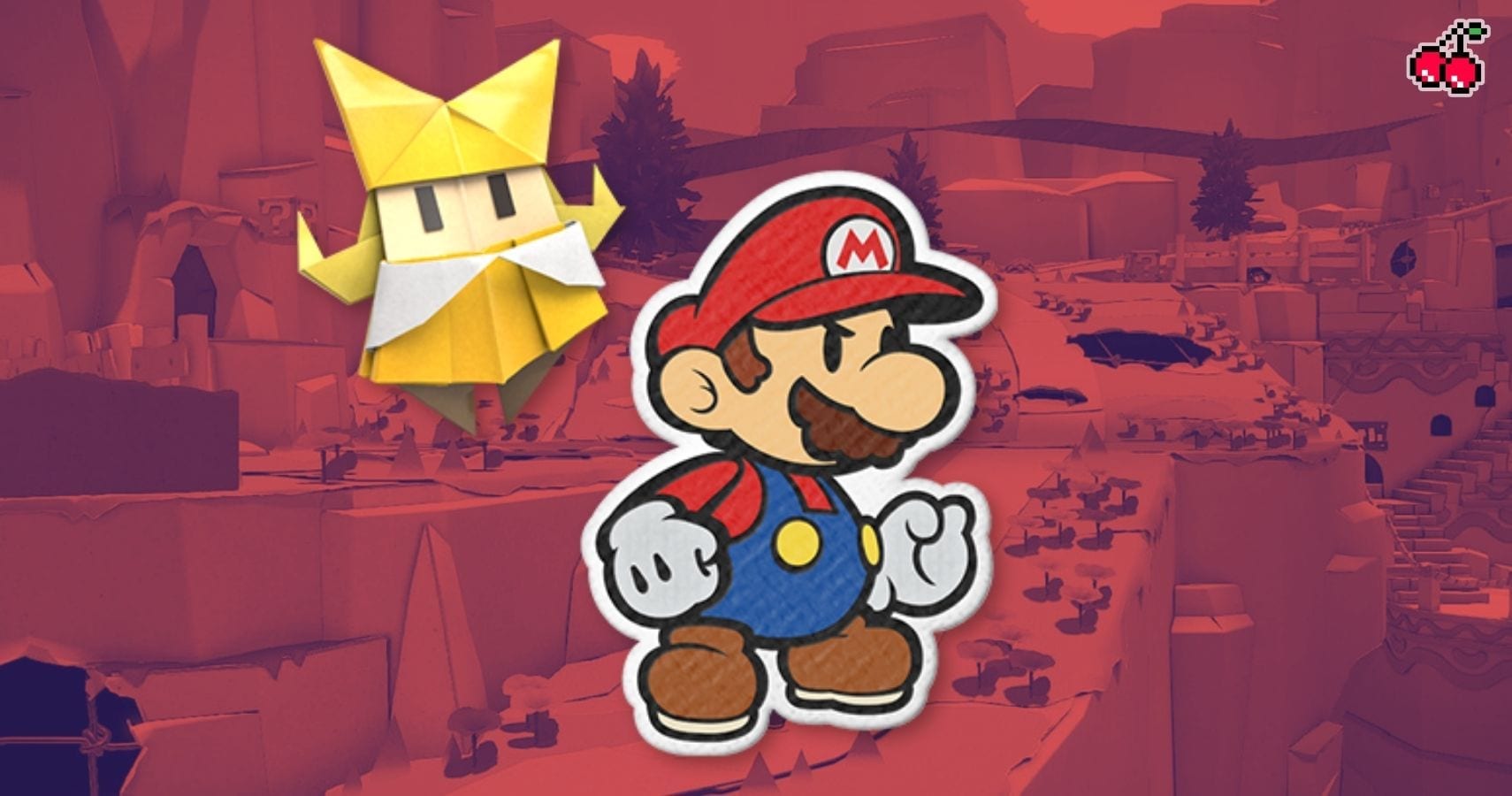 Paper Mario: The Origami King is the latest instalment in the beloved Paper Mario series. Its crafty aesthetic, shiny personality and hilarious writing had us creasing with laughter. This all sounds like a winning combination on paper, doesn’t it? But this charming adventure doesn’t quite do enough to paper over the cracks and here’s why.

Make sure you check out our review if you want a score / a detailed breakdown on Paper Mario: The Origami King!

Positive – The Writing Had Us Bent In Half Laughing

Let’s start off with a positive! This is, hands down, the funniest Mario game I have ever played. It might even be up there with the funniest games I’ve EVER played. With wonderful self-aware dialogue, quirky quips and jokes that had me genuinely cackling at points, Paper Mario: The Origami Kingdom scores highly in that regard.

Negative – The Combat Is (Dr)awful

Almost as terrible as my puns. I’ll ‘cut’ it out.

Really though, Paper Mario: The Origami King puts an intriguing twist on the Paper Mario formula. In theory, it should work well. The familiar turn-based system is now set on a ring, which means you’ve got 360-degrees to work with. You can use the rotating rings to line up the enemies in a straight line to attack with Mario’s iconic stomp attack, or line them up 2×2 to attack with his hammer.

Unfortunately, these puzzles feel like hard work and I found myself avoiding fights just to get out of doing them. There is certainly a time and a place for puzzles, but sometimes I just want to stomp on a Goombas head and be done with it. The repetition also doesn’t serve the game well – whilst the difficulty ramps up in late-game, easy skirmishes for the first 20 hours don’t do enough to keep players engaged (en-page-d? Boooooo.)

You might roll your eyes if I tell you Princess Peach is in trouble and it’s, yet again, Mario’s job to go and rescue her. But Paper Mario: The Origami King’s storytelling is outside the box and playful and I couldn’t help but turn the page.

I don’t want to spoil too much, but it also includes some fairly obvious twists and turns that still managed to shock and delight me. I was thoroughly wrapped up in its charming threads and loved every second of it.

‘Hang on’ I hear you cry. ‘This is a Paper Mario game, of COURSE they feel flat!’.

Well yes. I’ve played past Paper Mario titles, but the controls in Paper Mario: The Origami King feel as flat as the paper world I’m exploring.

It’s not FUN to move around and explore in this game. Mario is renowned for his acrobatic leaps and the height he can gain in 3D games, which open the world up for exploration. He was originally called Jumpman, for crying out loud.

But Paper Mario’s limit on jumping stifles the sense of adventure I look for in a Mario game, let alone a JRPG. This constant invisible wall above Mario stops me wanting to explore places and makes the narrative feel very linear. Paper Mario: The Origami King has, for a series-first, opened the world. So it’s very disappointing that this is the case.

Positive – The Colourful Graphics Bring The World To Life

We’ve all gushed over the trailers, but playing through the game is an entirely different experience. I’ve loved Paper Mario’s art style since I was a kid and The Origami King is the prettiest one yet.

With bold, striking colours and charm in spades, Paper Mario: The Origami Kingdom reminds me of when I was younger, raiding the crafts box at school during art classes to make dubious macaroni art.

The different textures and the attention-to-detail when it comes to different assets are mindblowing. I was squealing whenever I saw a door made out of gold foil, or a coin made from chunky corrugated cardboard. It’s not often that a video game installs such a joyous, child-like reaction in me, a hardened and cynical 22-year-old, but Paper Mario manages it every time.

Negative – Weapons Are As Flimsy As Paper

A typical JRPG has weapons that scale with the difficulty of the game. Not Paper Mario. Perhaps that’s unfair – there are certainly different weapons for his boots and his hammer that slightly alter gameplay, like the iron shoes and a throwable hammer. Unfortunately, Nintendo still hasn’t learnt how to do a good weapon degradation system. Paper Mario: The Origami King has no experience system, so the damage you deal is entirely dependent on your max health and weapons. This means there’s very little JRPG-like progression, which leaves the game feeling flat.

Positive – The ‘Bebebese’ Makes The Words Jump Off The Page

Forgive me if I go on a tangent, but my whole life I’ve called that iconic arcade dialogue sound ‘Bebebese’. You know the one. That oh-so-nostalgic ‘bloop’. This is what it’s called in Animal Crossing and it was the first time I came across it as a kid. I googled Bebebese for research for this very article and I’ve learnt that’s not ACTUALLY what it’s called. My world is shattered.

I can’t explain how, but the ‘dialogue sound’ in Paper Mario perfectly sums up the vibe of the game. It’s playful, charming and it makes the words jump off the page. It’s just a small detail that really ties the whole game together.

Previous Paper Mario titles have always favoured individual levels over open-world gameplay. The Origami King takes full advantage of the Nintendo Switch capabilities and goes for one big overworld. This creates a better sense of continuity and adventure, but it’s not as great as it first seems. Your progress is still linear and the world design discourages you from backtracking beyond using Toad Town as a hub. Whilst the areas are full of stuff to do, it’s definitely not as open as it first appears.

Positive – The Environments Are A Splash Of Colour

One of the most striking things about this game is the amount of colour the developers and artists have managed to pack onto your screen. This game is a whirlwind of vivid, swirling colour that manages to delight and charm from the opening cutscene. I frequently found myself taking screenshots of the beautiful environments, which is something I haven’t done since I played through Pokemon Mystery Dungeon DX earlier this year.

A defining characteristic of a Japanese Role-Playing-Game (JRPG) is ‘progression’. Typically, playable characters gain experience, as well as unlocking upgrades and customisation options. Paper Mario can do this – The Thousand-Year Door has experience points, flower points and levels. I hesitate to compare it to its predecessor because I feel like that’s unfair. But it is worth mentioning that it’s certainly lacking in features you might expect, especially as this impacts the difficulty spike (or lack of it) in the late-game.

Despite not having those mechanics Paper Mario: The Origami King is still a raucous, colour-filled joy to play.

And hey, at least it’s not Paper Mario: Sticker Star.

You can pick up Paper Mario: The Origami King exclusively on Nintendo Switch HERE.

Games Out This Week: Mario Golf, DnD, JRPGs And More