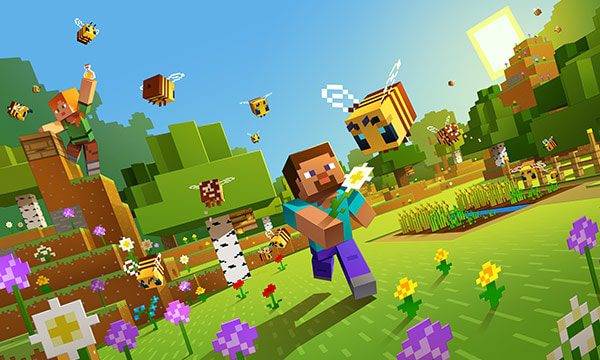 Mojang and Xbox have announced a brand new Minecraft game is in development.

Minecraft: Legends was announced during tonight’s Xbox & Bethesda Showcase. It looks like a full-on RPG with action-strategy elements. A CG trailer along with some small snippets of gameplay were shown during the event.

“But this paradise is on the brink of destruction. The piglins have arrived – and they’re threatening to corrupt the Overworld. Inspire unexpected friends to form valuable alliances and lead them in strategic battles to protect their home. Take the fight to the piglins before their Nether corruption devours the Overworld!“

Steve From Minecraft – Everything You Need To Know

It’s not quite Minecraft 2, but it looks like a part of Mojang’s initiative to expand the Minecraft universe beyond its flagship title, following the release of Minecraft: Dungeons in 2020.

And for what it’s worth, a Minecraft action strategy game is a really nice departure from the craft-building formula the main game is known for. It’s a divergent yet familiar concept that should hopefully translate well for fans of the game.

Minecraft: Legends doesn’t have a solid release date but is scheduled to launch sometime in 2023.