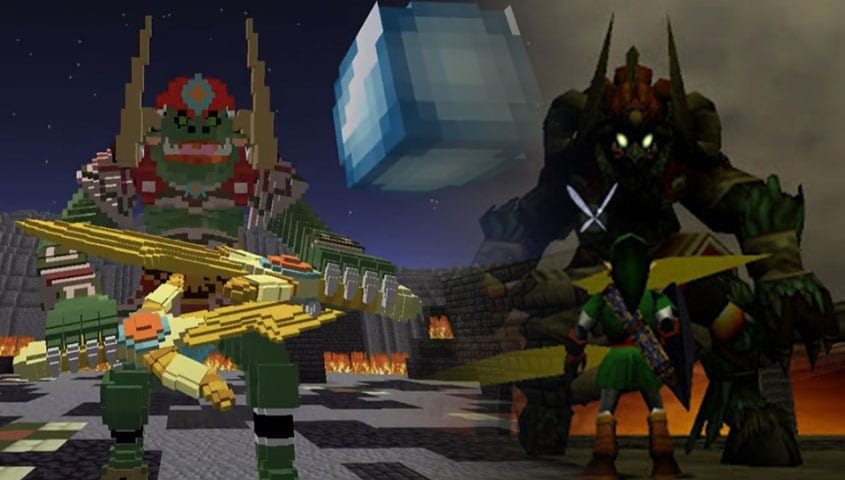 Beloved Nintendo classic The Legend of Zelda: Ocarina of Time has been wonderfully remade in the world of Minecraft and it’s taken a whopping seven years.

As shared to YouTube by content creator Rivero, it was announced that the seven year-long project has nearly come to its end as it edges closer towards completion.

The impressive mod features several iconic locations from Ocarina of Time such as Link’s home in the Kokiri Forest, Hyrule Castle, the Hyrule Market, Lon Lon Ranch and various dungeons, right on through to the final showdown with Ganon.

The Ocarina of Time Minecraft mod even features its very own credit sequence and an endgame hub which allows players to customise mob models and the music tracks to be used in its world.

The Ocarina of Time mod is even story-based, and features its own side-quests which – if not complete by the time you defeat Ganon – you can revisit them afterwards to finish up.

While the mod isn’t quite 100% complete yet, Rivero just needs to make a few minor tweaks and adjustments, but in terms of being playable the map is pretty much good to go.

Right now Rivero’s build is available to the public and takes you to the moment when Link acquires the Master Sword, but the map in its entirety is expected to be available soon.

As spotted by Zelda Dungeon, you can download the map for free here, but be sure to have Minecraft Java Version 1.15.2 to play the demo and you can support Rivero’s outstanding work by checking out his Patreon.

Some of the creations that the community has come up with in Minecraft are nothing short of incredible and I will be asking my son to download this Ocarina of Time map soon!

Are you impressed with Ocarina of Time being recreated in Minecraft? Let us know how impressed you are by reacting via our Emoji’s below.