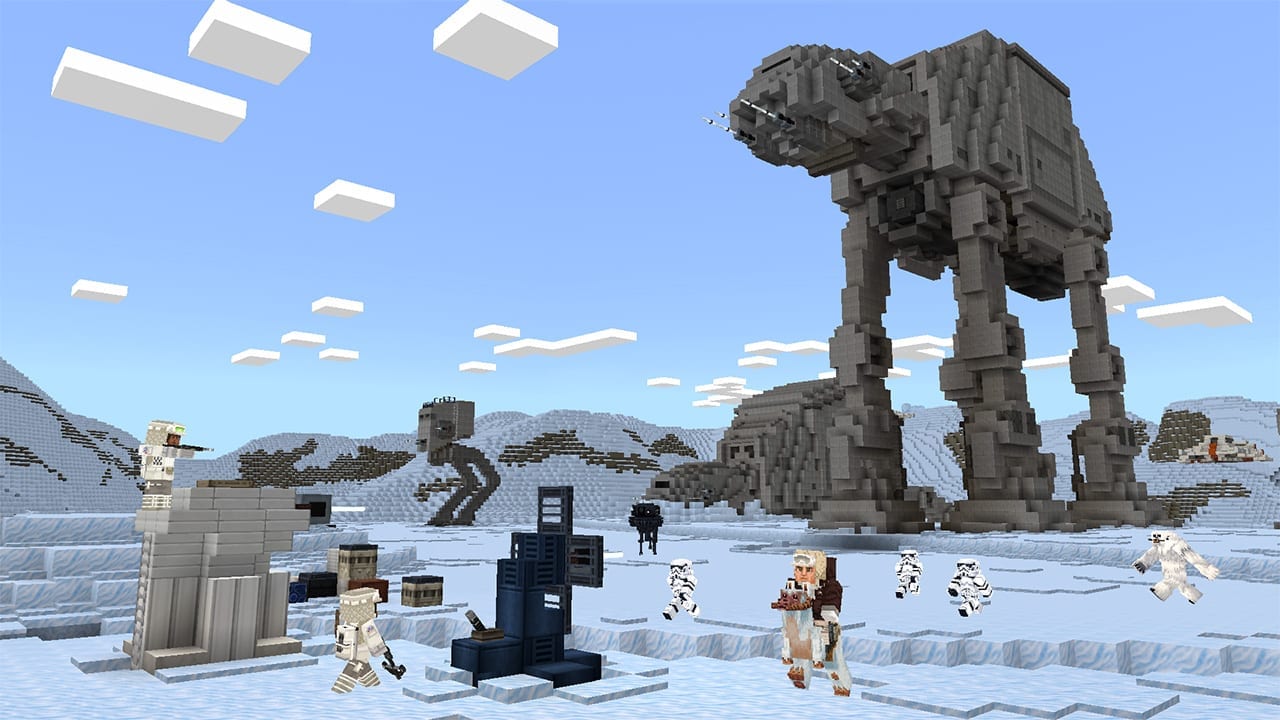 There are loads of Star Wars DLC packs available in the world of Minecraft; however it’s the latest batch of DLC that will surely delight many fans as it welcome The Mandalorian to the table.

That’s not all though! Available now is DLC based upon the original Star Wars trilogy which not only includes skins, but a ton of officially licensed content.

Not only that, but in the biggest crossover the galaxy has ever seen we can now mix together the original Star Wars trilogy and Disney+ phenomenon, The Mandalorian.

On the official Minecraft: Star Wars page, an announcement reads: “Explore new places, be somebody different, and discover new ways to play with community creations from Minecraft Marketplace.”

The DLC mash-up includes 12 planet dioramas from Tatooine, Hoth and Endor, as well as 36 skins, a full bespoke texture set, a licensed soundtrack, vehicles such as the Razor Crest, X-Wings, Tie-Fighters and much more.

Oh, and of course it features “The Child” aka “Baby Yoda” and you can even recreate the Mandalorian’s first encounter with the charismatic little green dude.

An epic new trailer was revealed on Twitter, officially announcing the crossover DLC.

“Chewie, we’re home! The official Minecraft Star Wars DLC has landed in the Marketplace, bringing you skins, maps, mobs and more from the Original Trilogy films and The Mandalorian!” read the tweet. “So jump into hyperspace and get the DLC today.”

I know they weren’t everyone’s cup of tea, but I look forward to hopefully seeing the prequel trilogies make their way into the world of Minecraft in the near future.

You can purchase the Minecraft Star Wars Mash-Up pack for just £6.69 or £6.02 if you subscribe to Xbox Game Pass. It is also available on other platforms such as PlayStation and Nintendo Switch.

Are you excited to see the Star Wars original trilogy and The Mandalorian DLC bundles in Minecraft? React using our Emoji’s below.  “This is the Way”.