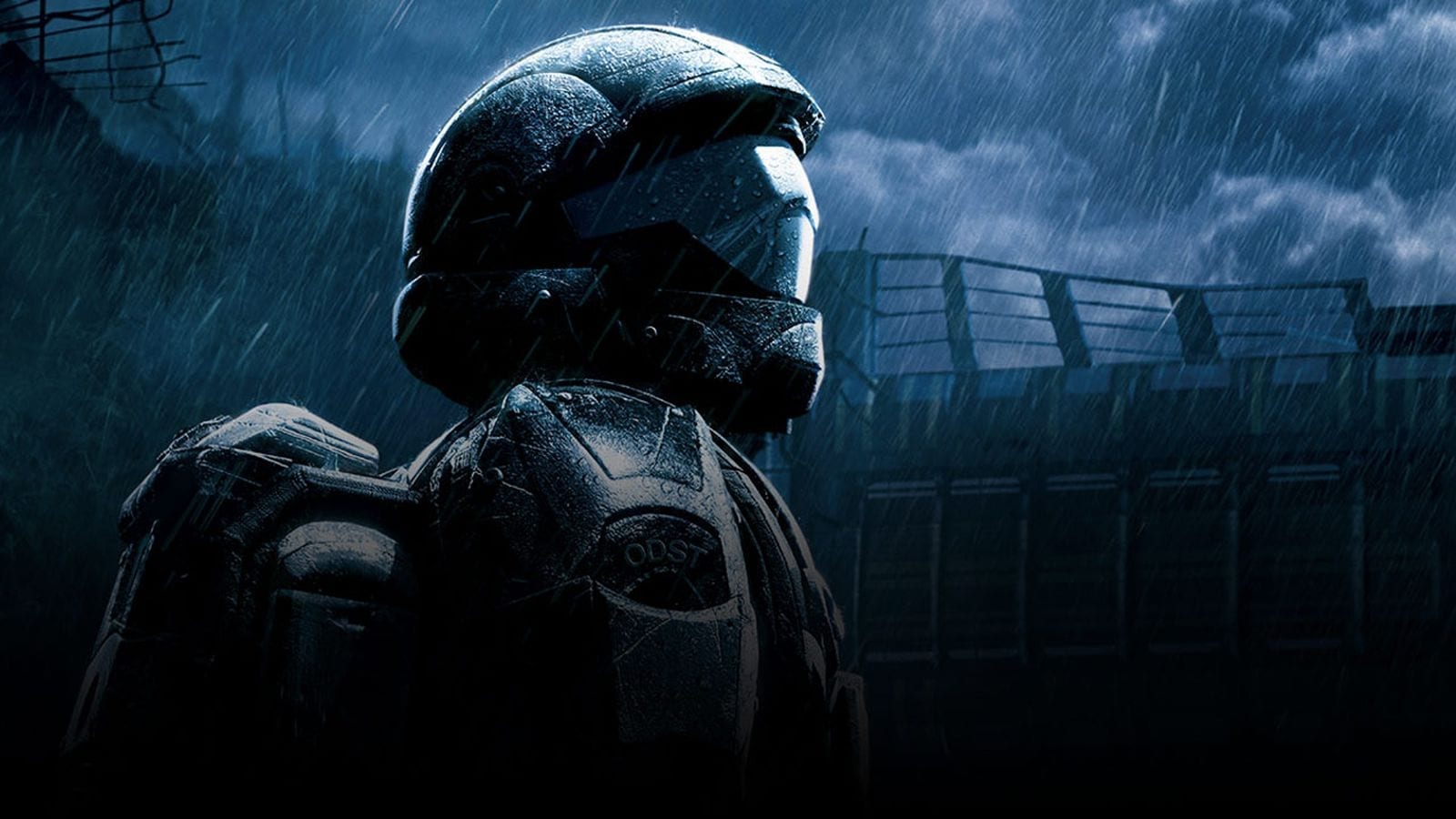 Over the last 17 years, we have been blessed with over a dozen Halo games. Some were absolutely groundbreaking, whilst others struggled to captivate us quite as much. There May also be one dropping very soon. 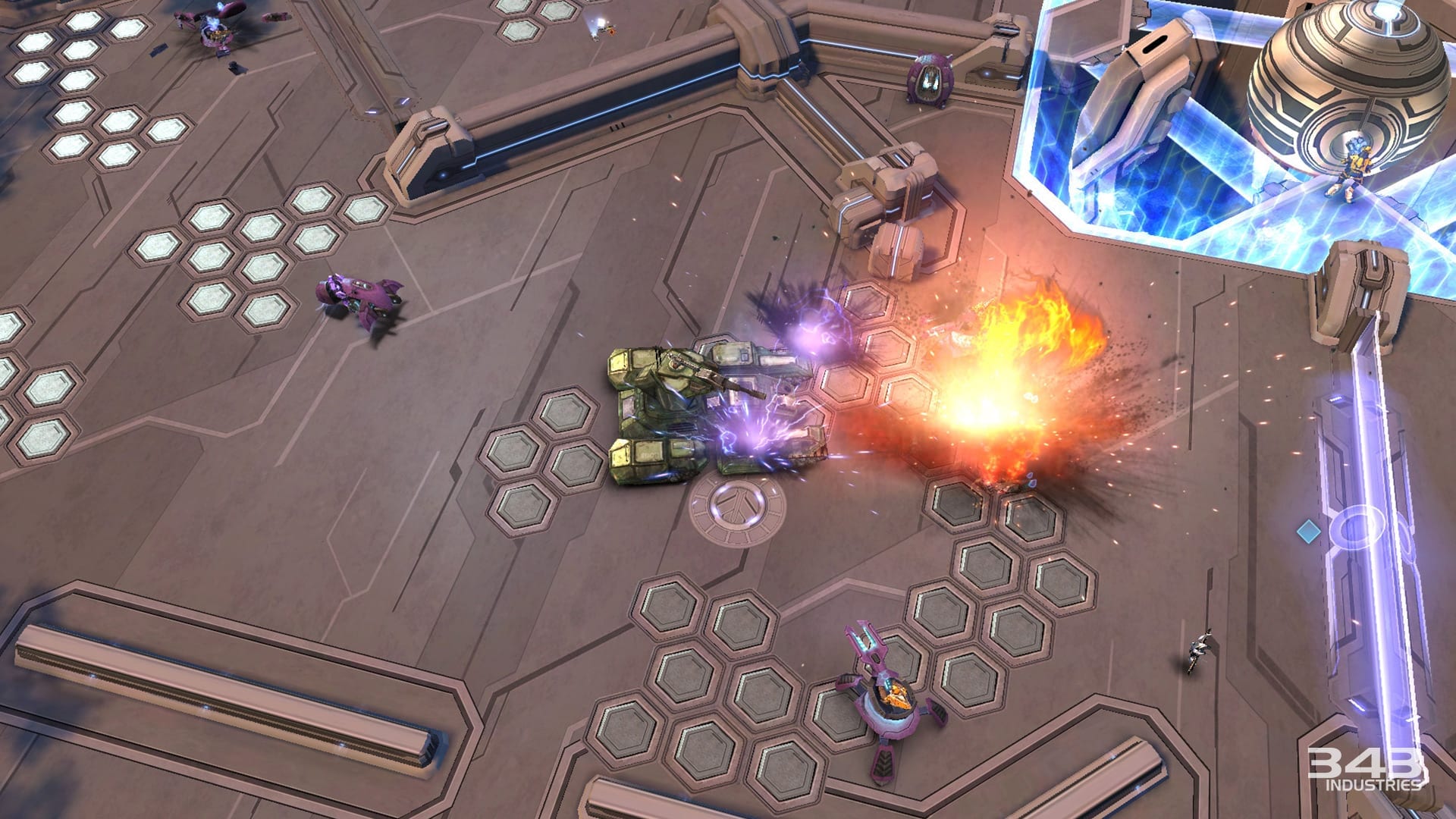 Spartan Strike is the second twin-stick shooter mobile game from the Halo universe. The game touches on part of the story that Halo 4 apparently failed to deliver on.

We’re still left with very little information on how the story ties into the rest of the Halo universe and we are given little reason to care. The game itself is okay, for a mobile game, but Halo has always been much more than that.

Halo Spartan Assault is a little better than Spartan Strike, simply because the game actually pushes an interesting narrative. You get to see the story of Edward Davis and Sarah Palmer, two Spartans that have some relation to the story within Halo 4.

Spartan Assault actually gives us a taste of what life is like as a Spartan when you’re not the Master Chief. Still, the gameplay was nothing more than a quick mobile friendly arcade shooter.

Master Chief Collection was the dream experience we had all been hoping for – it packaged all of the Halo games into one single experience. Multiplayer, singleplayer, everything. It should have been the best thing to grace the Xbox One.

Unfortunately, the game was plagued with issues and even to this day it still has problems. The development team has worked to fix many of the issues related to matchmaking, but for a long time, the developers working on Halo: MCC felt lost.

I wouldn’t even be mad if 343 Industries gave it another try – if they could just get the experience to actually work this time. 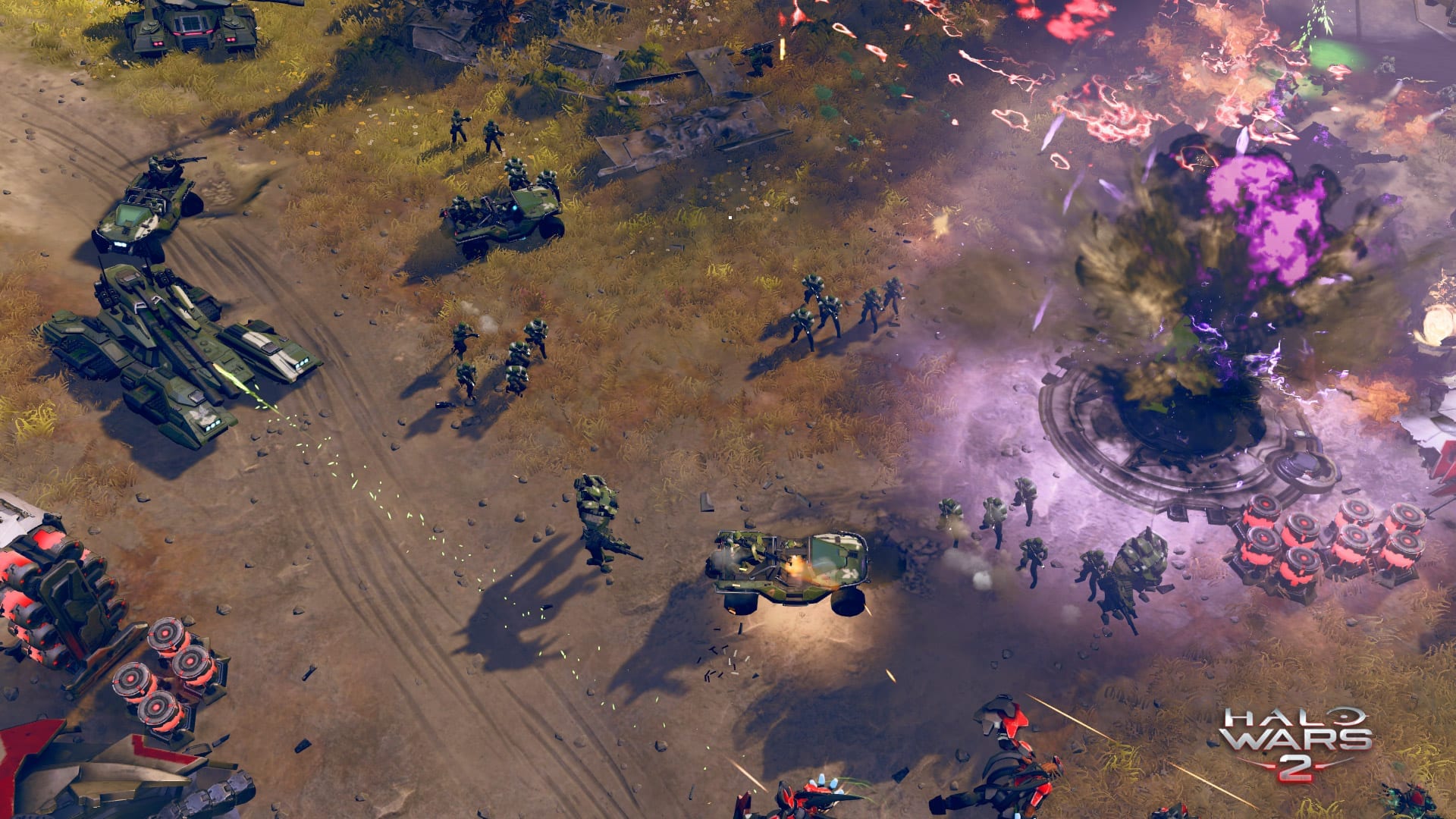 Halo Wars 2 essentially took what was special about Halo Wars and segmented it into a different experience. Like its predecessor, Halo Wars 2 required little strategy, so it could never appeal to the diehard RTS fans. It did work as a casual experience, however, and the graphics and cutscenes were stunning.

The trouble is, with multiplayer that leaned towards luck instead of player strategy, the game lost any value as soon as the player had completed the campaign, which kind of loses any shine about three quarters through anyway. 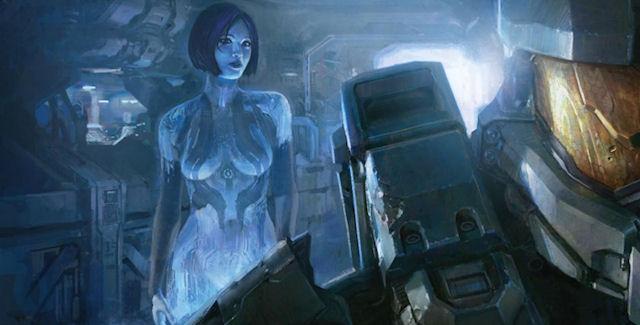 Halo 4 was the first game we saw after the Halo development team branched into 343 Industries. My god, it was terrible. The design team looked at all of the most popular shooters at the time, (AKA Call Of Duty) and said “We need to do that”. No, 343, you didn’t need to do that at all.

If they just expanded upon where Bungie left off, things could have been far better. Let’s not talk about the disjointed story experience and the odd episodic Spartan Ops game mode that nobody ever touched. 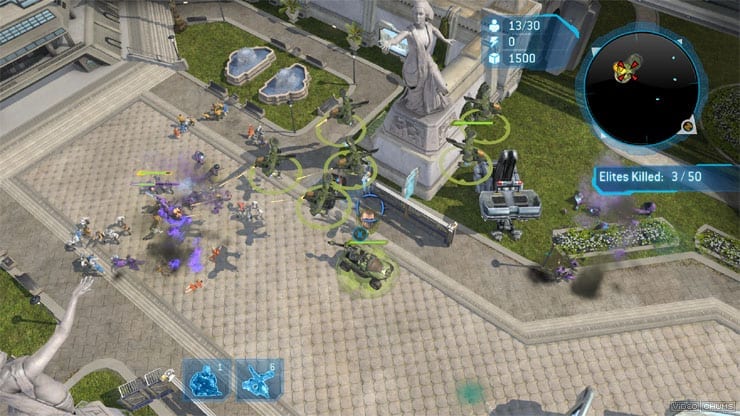 Halo Wars was reasonably better than Halo Wars 2, mainly because the multiplayer experience was closer to what real time strategy games should have been. There was some level of strategy in Halo Wars that made replaying the game enjoyable. The campaign was quite decent, as well.

Overall, Halo Wars still struggled to compete against other real time strategy games and it simply showed itself as mostly a casual experience for diehard Halo fans looking to try out something new whilst remaining within the Halo universe. 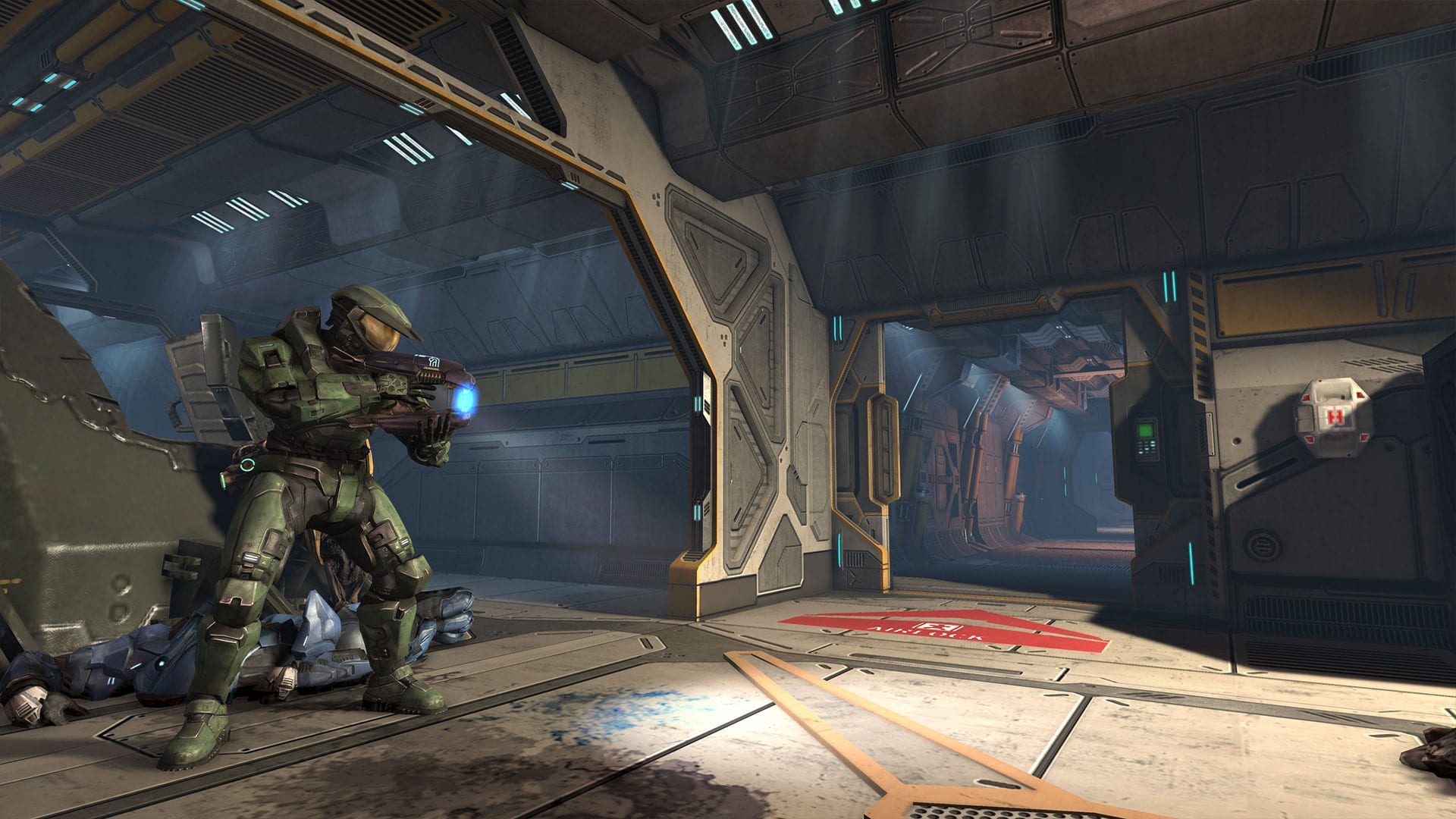 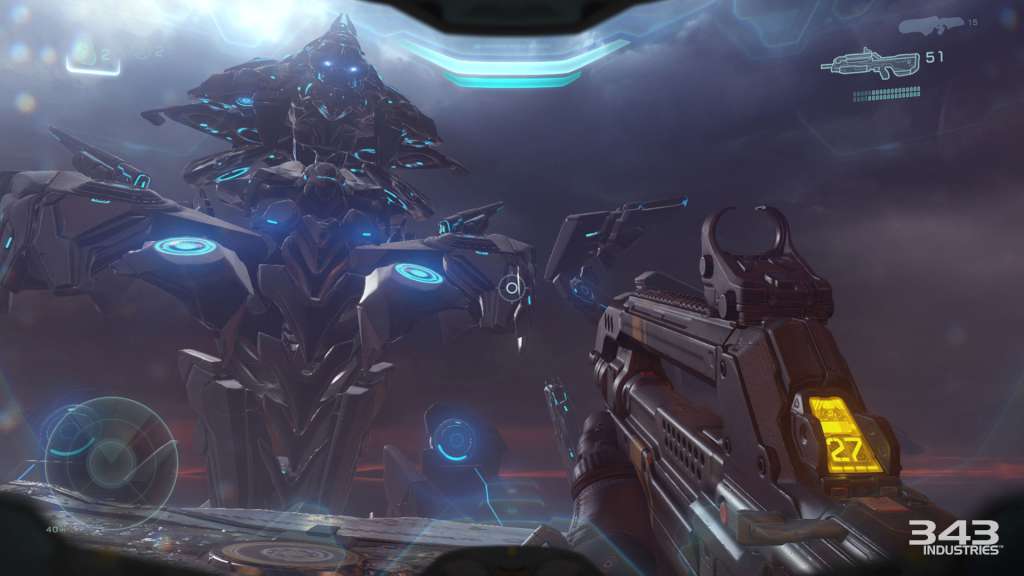 Halo 5: Guardians improved massively upon where Halo 4 left off. Thankfully, 343 Industries worked really hard to create a game that could deliver a comprehensive gameplay experience.

A lot of work had gone into making sure Halo 5: Guardians offered a better multiplayer experience, and 343 Industries definitely hit the mark there. A competitive ranking system was included to reward player progression and the Warzone mode expanded upon everybody’s favorite big team battle by including unlockable powerup cards and AI enemies.

Warzone was an exciting addition to Halo that helped to please the casual audience, and it worked. The story in Halo 5: Guardians was still lacking, and it felt more like an afterthought, despite 343 Industries’ push towards marketing the story instead of the multiplayer leading up to the release. 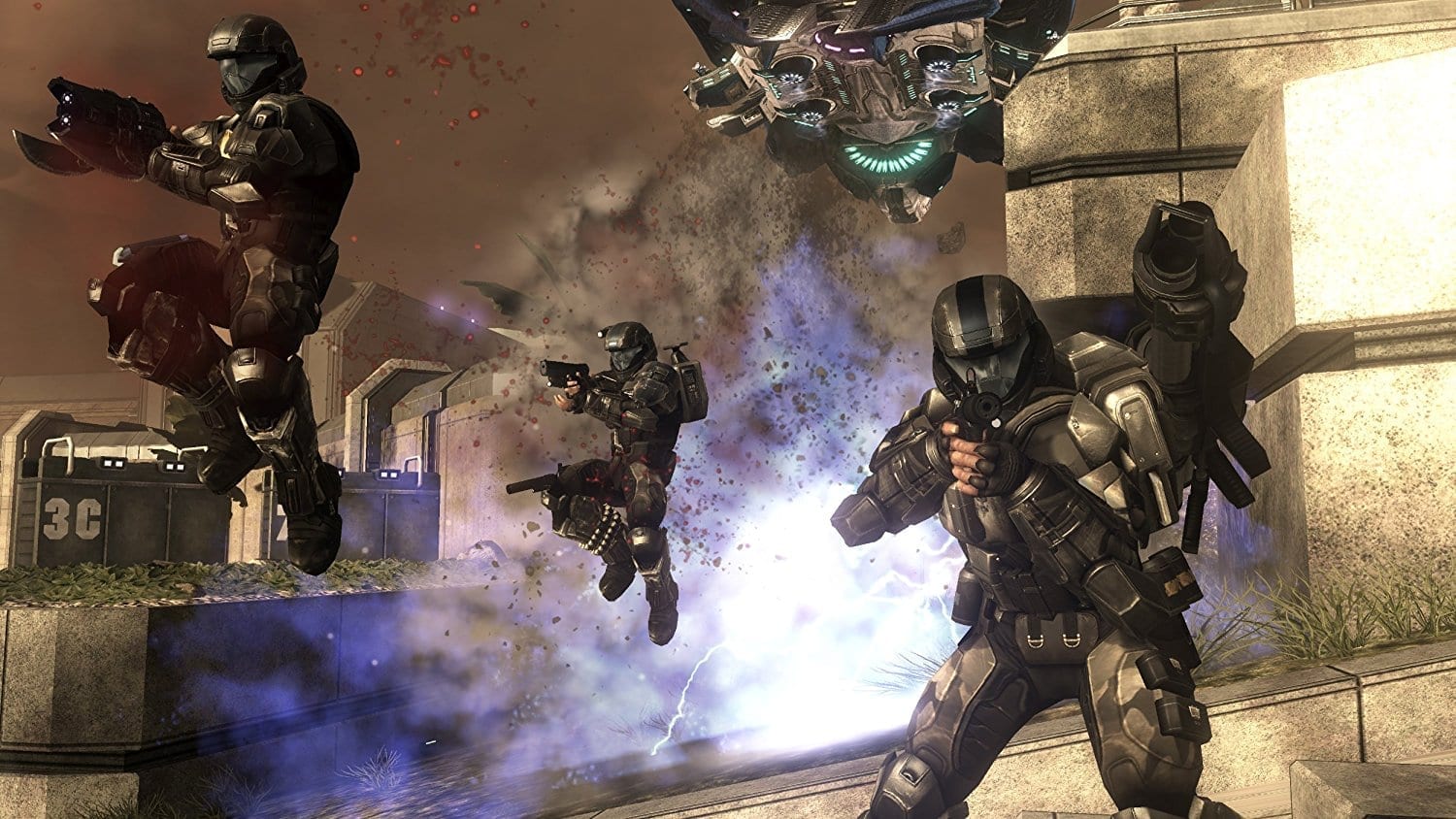 Halo 3: ODST was a standalone expansion that included a new story campaign, a new wave-based firefight mode, and a multiplayer disc that included all of the Halo 3 DLC maps.

We’ll consider Halo 3: ODST everything besides the multiplayer disc as that was essentially just a repackaged version of Halo 3.

The story in Halo 3: ODST was decent – we had a darker narrative that focused on Orbital Drop Shock Troopers – these guys were highly trained, but they weren’t Spartans.

You ended up feeling more vulnerable, and elements of stealth were necessary at some points. We still had some iconic vehicle-based Halo moments throughout the campaign, however. 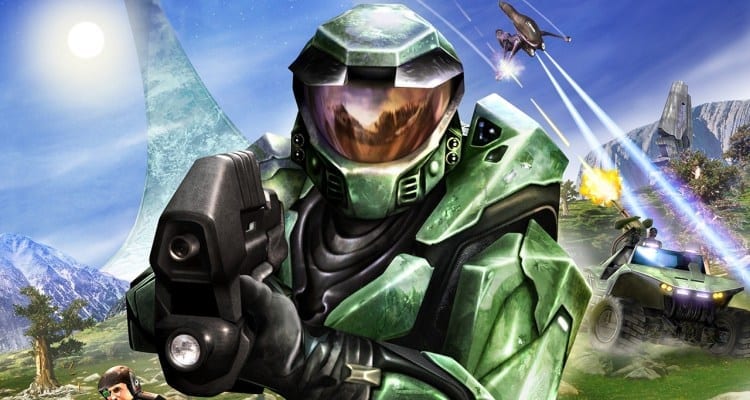 Halo: Combat Evolved is where it all started. The game did wonders to change up the console shooter market, and it’s still loved by many today.

The story campaign was certainly the highlight – it gave players a varied experience filled with a perfectly knitted together story and a number of truly challenging gameplay moments.

A lot of love has to be given to Halo: Combat Evolved’s multiplayer experience, as well. The nostalgia here for me is incredible.

Ultimately, the games that followed Halo: Combat Evolved managed to take the multiplayer experience further and that’s where Combat Evolved falls flat on this list. 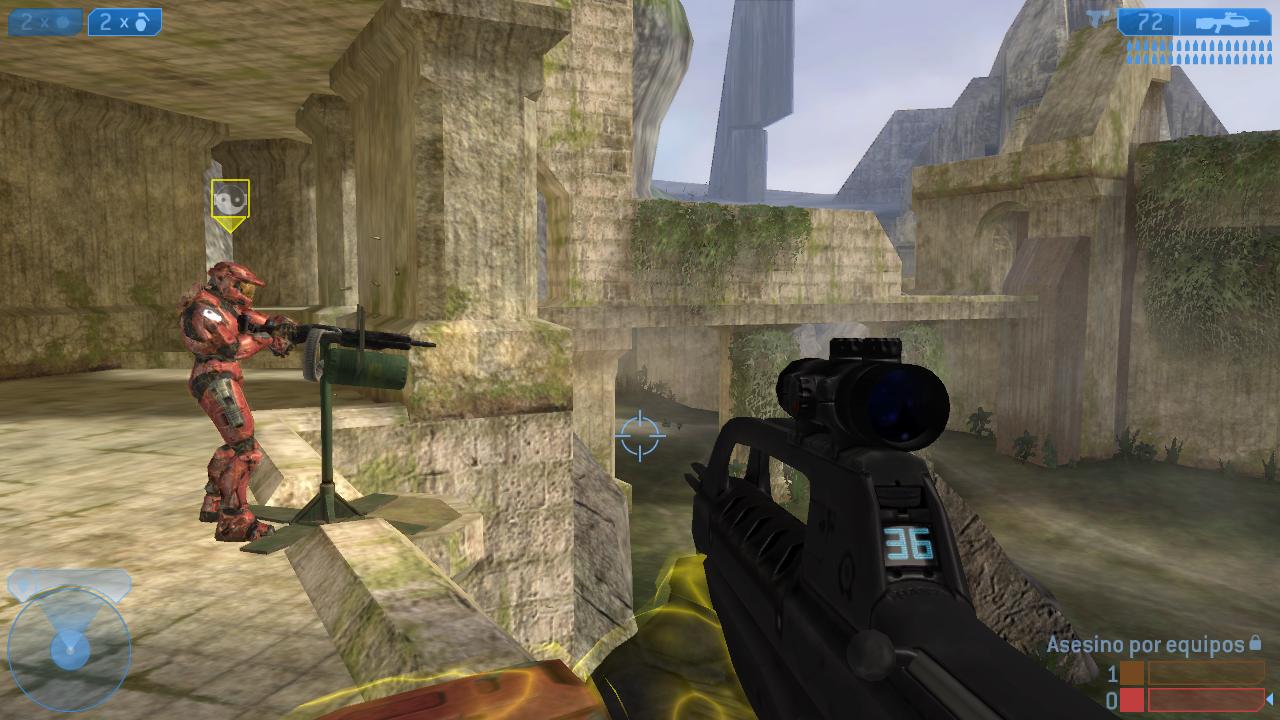 When Halo 2 landed, it quickly became the most played multiplayer game in existence. Halo 2 pushed out with a matchmaking system that essentially changed the future of FPS multiplayer games forever.

Halo 2’s story also touched on some very interesting points – this campaign had some of the most badass Master Chief moments from the entire trilogy, but at the same time, we were shown some of the vulnerabilities of humanity. 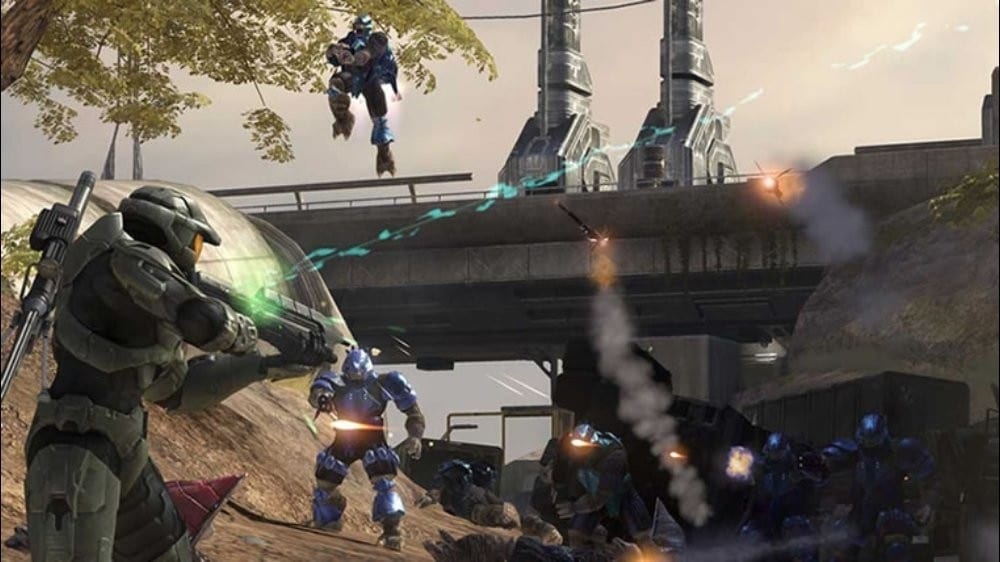 Halo 3 was the dramatic end to the original trilogy. Looking back, Halo 3 was a highly emotional experience through and through. The multiplayer was one of the biggest founding childhood experiences for many people, including myself. It offered an experience that delivered on all fronts.

Halo 3’s multiplayer catered to such a large audience. We also had Forge – this is something that changed Halo for good, forever. The Halo community grew thanks to Forge and it brought dozens of incredible new player made game modes and maps.

And then there’s the story – Halo 3 delivered a heart-wrenching story that made a huge impact on the first playthrough. But the replayability was massive – skulls, legendary mode, easter eggs, and score based modes. 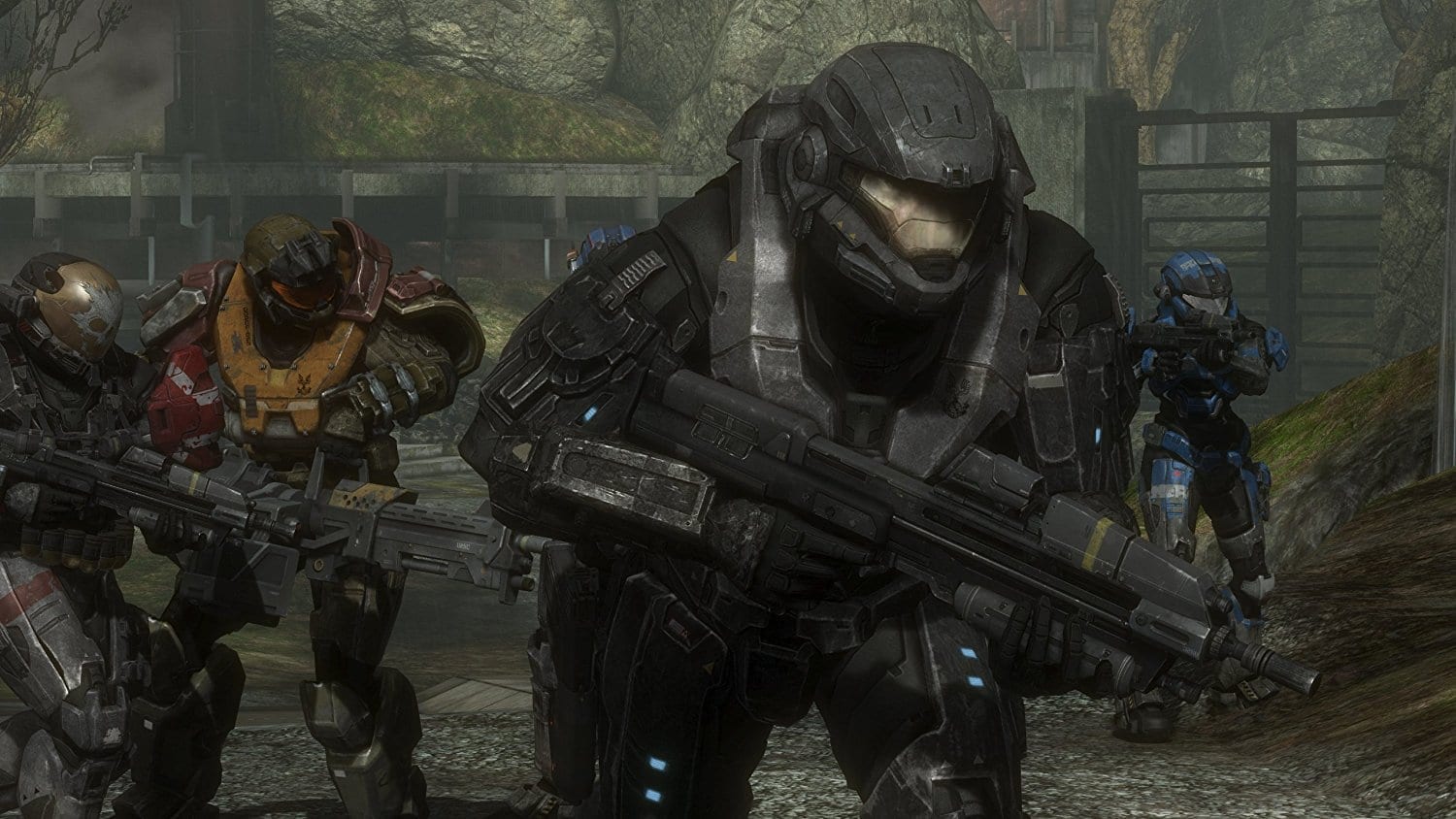 This might be a rogue choice but in my books, Halo: Reach was the best game in the franchise. Halo: Reach took what made Halo 3 special and just added a little extra touch to every element. The story took on a new direction, but it was still as emotional and gripping as Halo 3 was, if not more.

The multiplayer experience included new elements, such as sprint and armor abilities, but they really helped to improve the flow of gameplay and overall the gameplay just felt so much cleaner. Forge was back and stronger than ever – more tools were available and more game modes were created. 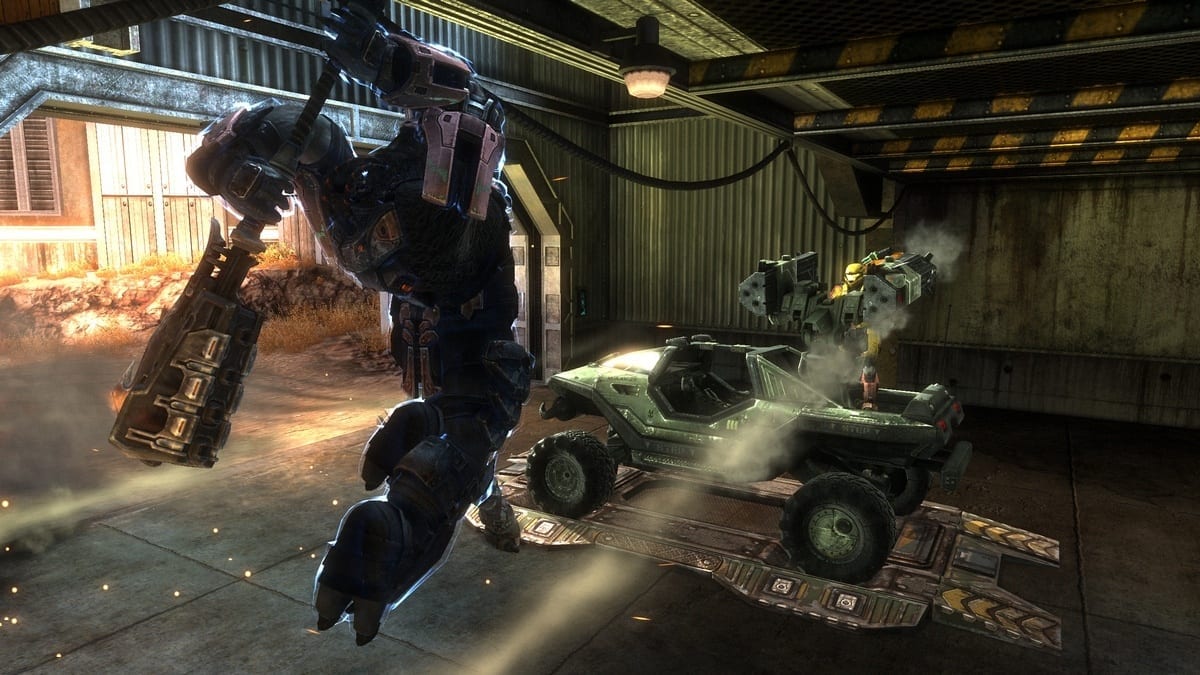 Reach also had a very satisfying progression system, daily and weekly challenges, and the best armor customization we have ever seen in a Halo game.

What are your thoughts on how we ranked all of the Halo games? Would you change this list in any way?