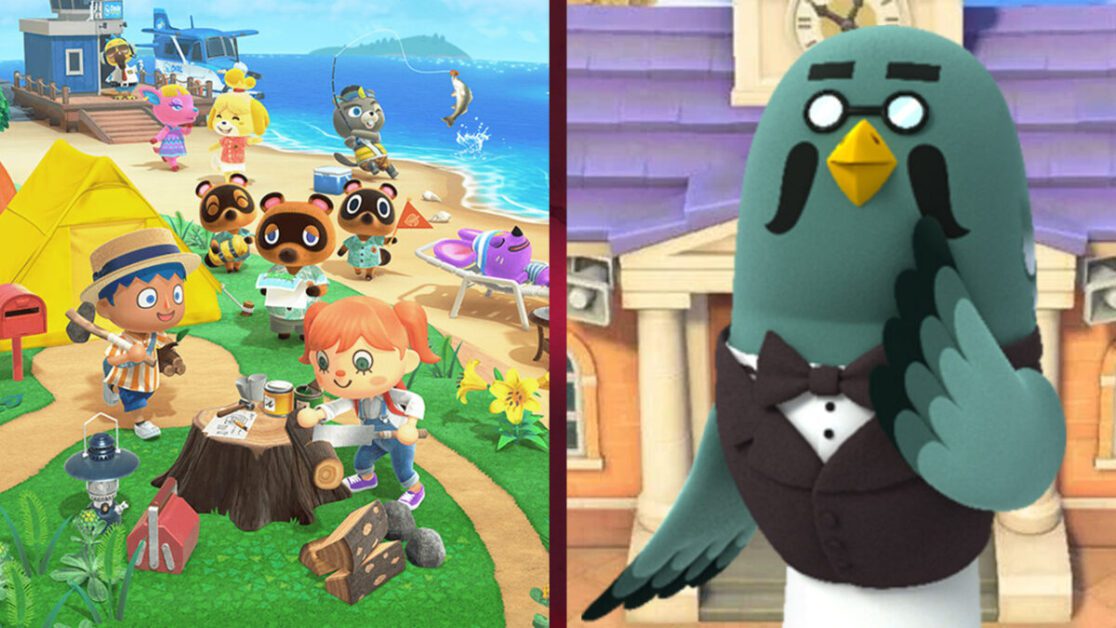 Get ready to enjoy your caffeine fix at The Roost later this year, because Brewster is officially coming back to Animal Crossing!

There’s been so much speculation about whether Animal Crossing: New Horizons would add Brewster into the game. Now, Nintendo have clarified that the plucky pigeon is on his way to your island. More details will be revealed in a special Animal Crossing Direct in October.

The pigeon barista is notoriously fastidious about his coffee. We can expect Brewster to have a deep-voice and sell cups of coffee for 200 Bells each (if the other games are anything to go by). He will be keen for you to drink your coffee piping hot – and will be offended if you want to wait for it to cool down.

We wrote about rumours that hinted at Brewster’s addition from SamusHunter2 on Twitter at the beginning of the month. Brewster, the fan-favourite barista, and his coffee stand will be moving into the museum this October alongside the 1.11 update. I wonder how Blathers will like sharing his peaceful space?

Fans of Animal Crossing: New Horizons have expressed frustration about the lack of big updates to the game. Many players (myself included) have become burnt out with this version of Animal Crossing, noting that in previous versions there were more goals to aim for.

Will adding Brewster and his coffee stand be enough to tempt tired players back to their island? It’s possible more updates are on the way – especially since dedicating an entire Nintendo Direct for Animal Crossing seems a little overkill if they were only adding The Roost. We’ll have to wait and see!

What do you think about Brewster coming to Animal Crossing? Are you excited to grab a coffee from him this autumn? Let us know via social media.

You can buy Animal Crossing New Horizons now at the GameByte Shop, for just £43.95.

Don’t forget you can sign up free of charge to our GameByte Loyalty Points scheme, earning you points to redeem for discounts on future orders! You can even arrange to have anything you buy be sent as a gift!

Sign up to our newsletter to be notified of our console drops, deals and more. Please note delivery from the GameByte Shop is available for UK customers only.