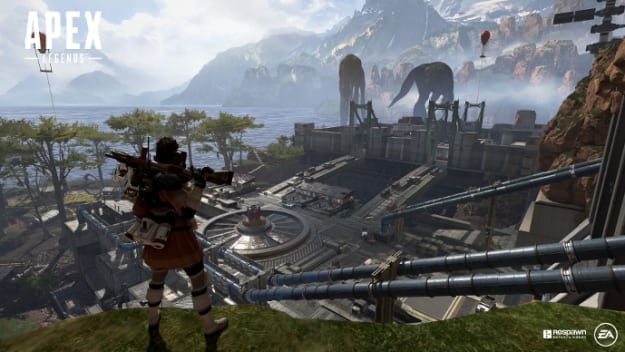 Apex Legends has made no secret of wanting to work with its massive community to help perfect the game, and one of the biggest current issues faced in the battle royale is cheating. Luckily for Apex players, Respawn Entertainment will be introducing a new anti-cheat mechanic in one of the game’s next updates. Hooray!

Respawn has confirmed a “new feature” will be introduced to report on cheaters in the game – something which should definitely help to cut down on the number of rule-flouting players.

Product Manager of Apex Legends, Lee Horn, stated: “A more detailed post about cheating is coming, so I don’t want to steal [Community Manager] Jay’s thunder, but a reporting feature is definitely on the way.”
There’s no set date for the update as of yet, but we should be hearing something over the next couple of days. Over on Reddit’s r/apexlegends forum, weekly posts are added from the developers, letting everyone know what they can expect.
The most-recent update from Repawn addressed the recent hitbox scandals players have been complaining about, along with a whole host of balance-improvements.

The post explains: “For character balance, we look at a combination of things: pick rate, win rate, and character v. character matchup win rate among other metrics, and, of course, player feedback.

“The results between the 5 small and medium rig characters have been positive – they are all in a safe band of relatively equal power.

“Our large rig characters, however, are underpowered and their natural size appears to be a large contributor. We’re planning on adjusting the size of the large character hitboxes to better fit the model.

“If these changes are insufficient to bring these characters in line, we’re also considering a range of other changes such as natural damage reduction as well as individual kit power tweaks. Because many of these changes are significant, we want to make sure they are heavily tested before they go live, in the event they are necessary…

“Overall, we want to try to increase the power level of the large rig characters, before we consider large nerfs to everyone else. While we’ve made small adjustments, we’re hopeful that increasing the power of large rigs is healthier than nerfing everyone else.”

The news comes hot off the back of people complaining that the large rig characters are easier to hit because of their size, yet have the same size hitboxes as the more lithe characters.