Assassin’s Creed Odyssey is well on its way, and fans are starting to wonder exactly what the storyline is going to be. After all, it is set 400 years before the brotherhood was even created. So the question is – will it involve the Assassin’s Creed?

Well, the short answer is no. The game’s director, Scott Phillips, has explained it all.

Speaking to GamingBolt, he said: “We are not directly connected in terms of the story of Origins. We are 400 years before Assassin’s Creed Origins. So the brotherhood hasn’t been created, which allows us to focus the story on choice.

“You’re not driven by the Assassin’s Creed, you’re your own internal creed that you created. And the world feeds that back to you if you’re killing people, or lying, or stealing. The world is going to send mercenaries against you so you’ll feel that those choices have an impact. And then your choices within the story as well will have a big impact.

Well, that’s cleared that up then.

Assassin’s Creed Odyssey was officially released at Ubisoft’s E3 conference. This game has been leaked left right and centre. There was even a leak that happened an hour before the Ubisoft conference began! Maybe Ubisoft should take some lessons on subtlety from the assassins. 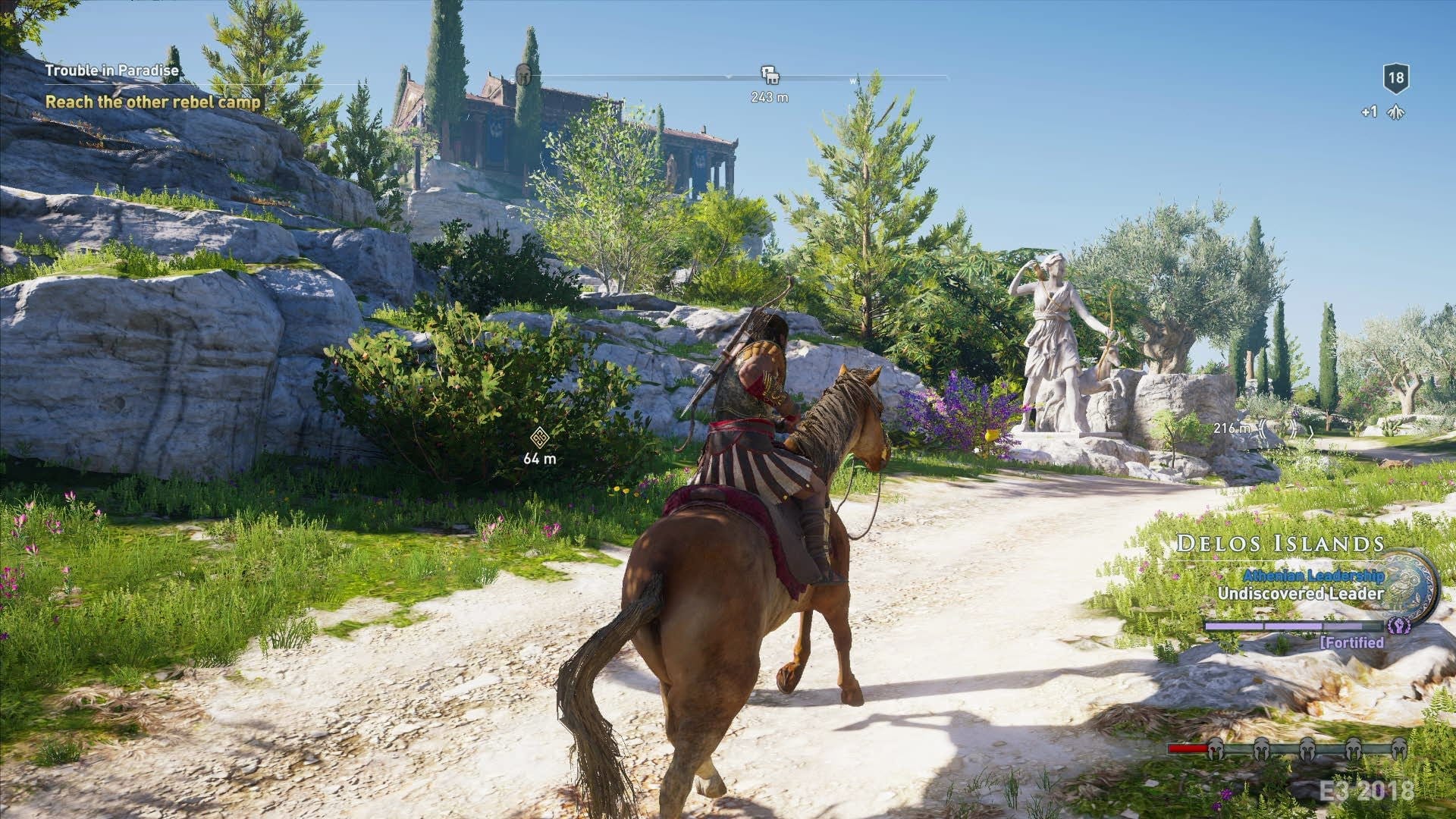 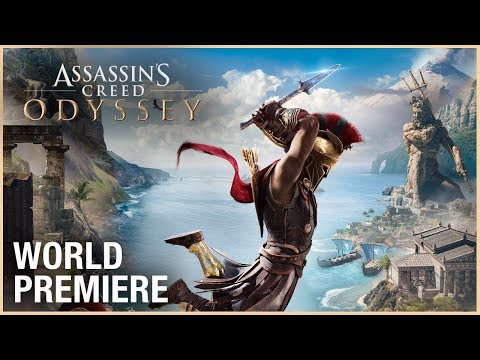 Speaking of Assassins – there are two you can play as. One male and one female. They are called Alexios and Kassandra. These characters are both Spartan warriors and apparently do not affect the overall story in any way but may impact your play style. Jonathan Dumont, creative director at Ubisoft Montreal had this to say about the characters. 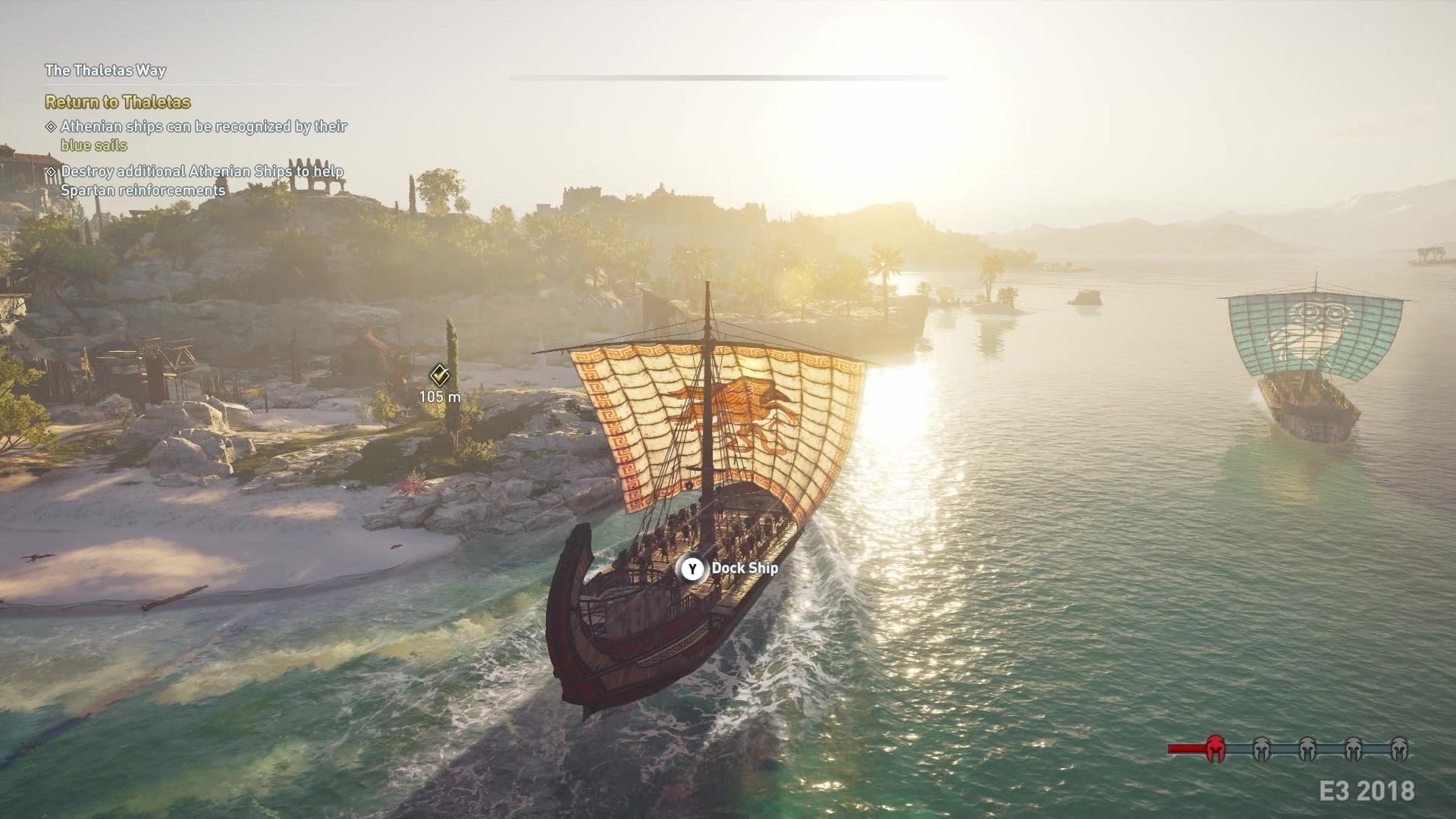 “We’ve continued to transform AC into an epic RPG experience, shaped by your actions and choices. The first choice you’ll make at the start of the game is to choose your character: Alexios, or Kassandra” 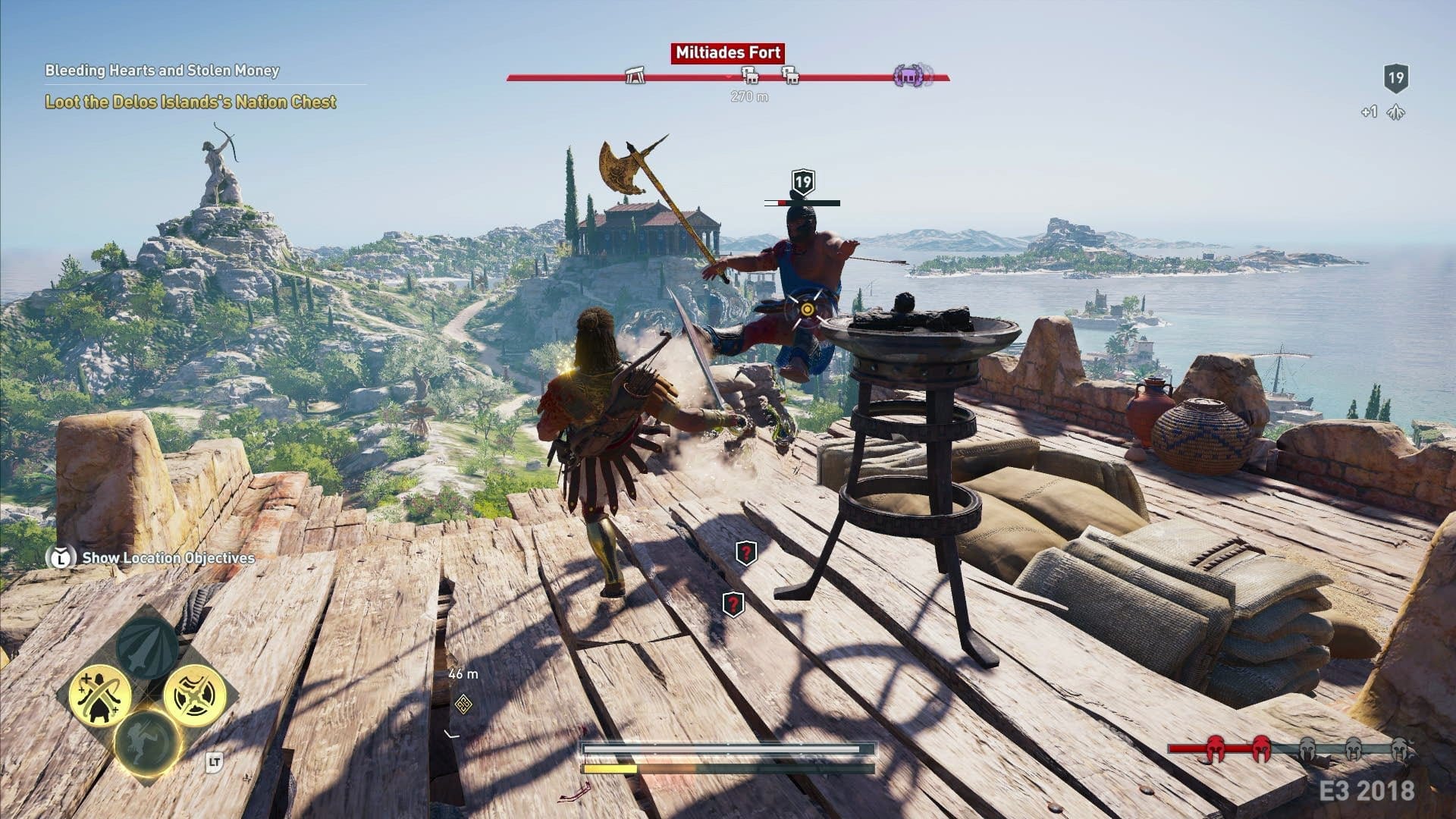 Odyssey also seems to borrow heavily from Black Flag. What we mean by this is that there seems to be a lot of ship gameplay – especially in the trailer for the game. This makes sense as the Greek setting means that there will be a lot of water around. Greece and many of the surrounding islands are surrounded by the Aegean Sea so we would hope that there is a more of a focus on warship battles. 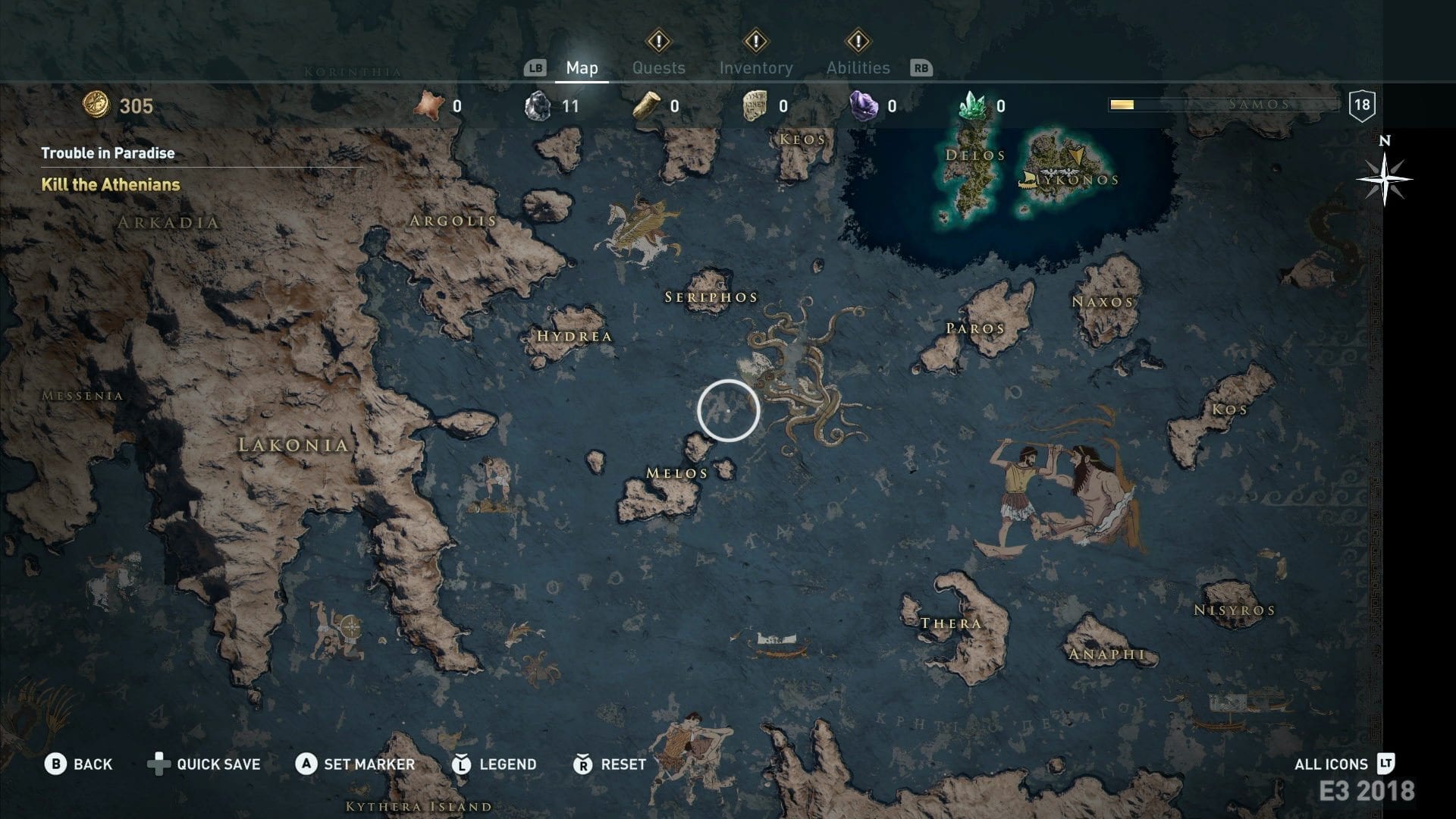 One thing we do know is that there are now dialogue options in the game. This is a completely new addition to the Assassin’s Creed Franchise but it makes it feel like you are playing your own game rather than being forced down a path created by the game. This years Assassin’s Creed is all about making choices and they are sticking to that idea. Dumont went on to say this. 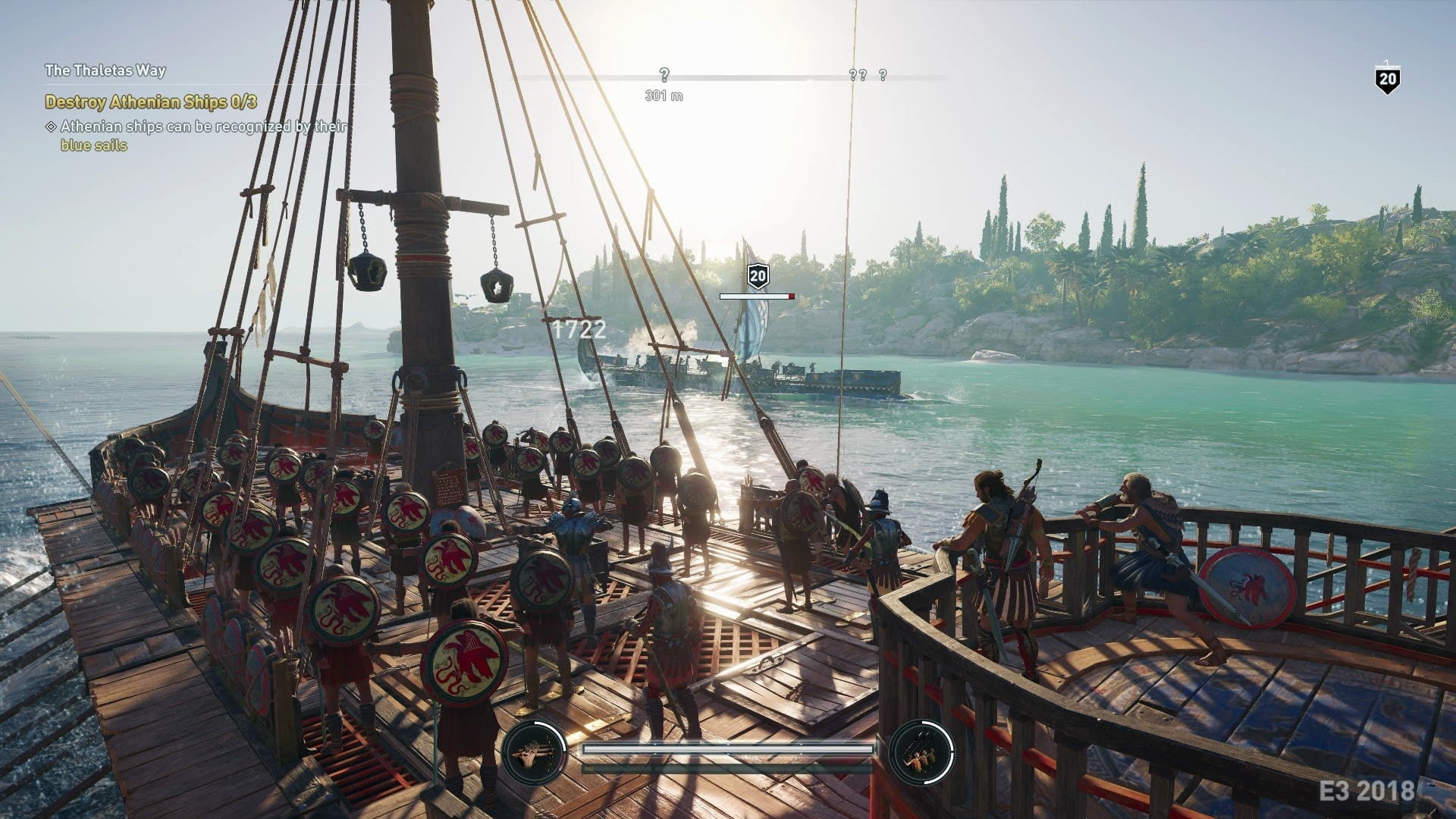 “Assassin’s Creed: Odyssey is more than an adventure — it’s truly a role-playing journey. You will explore, on land and sea, one of the most iconic periods in human history”

There will be over 30 hours of interactive story telling that players can engage with anyway they want. 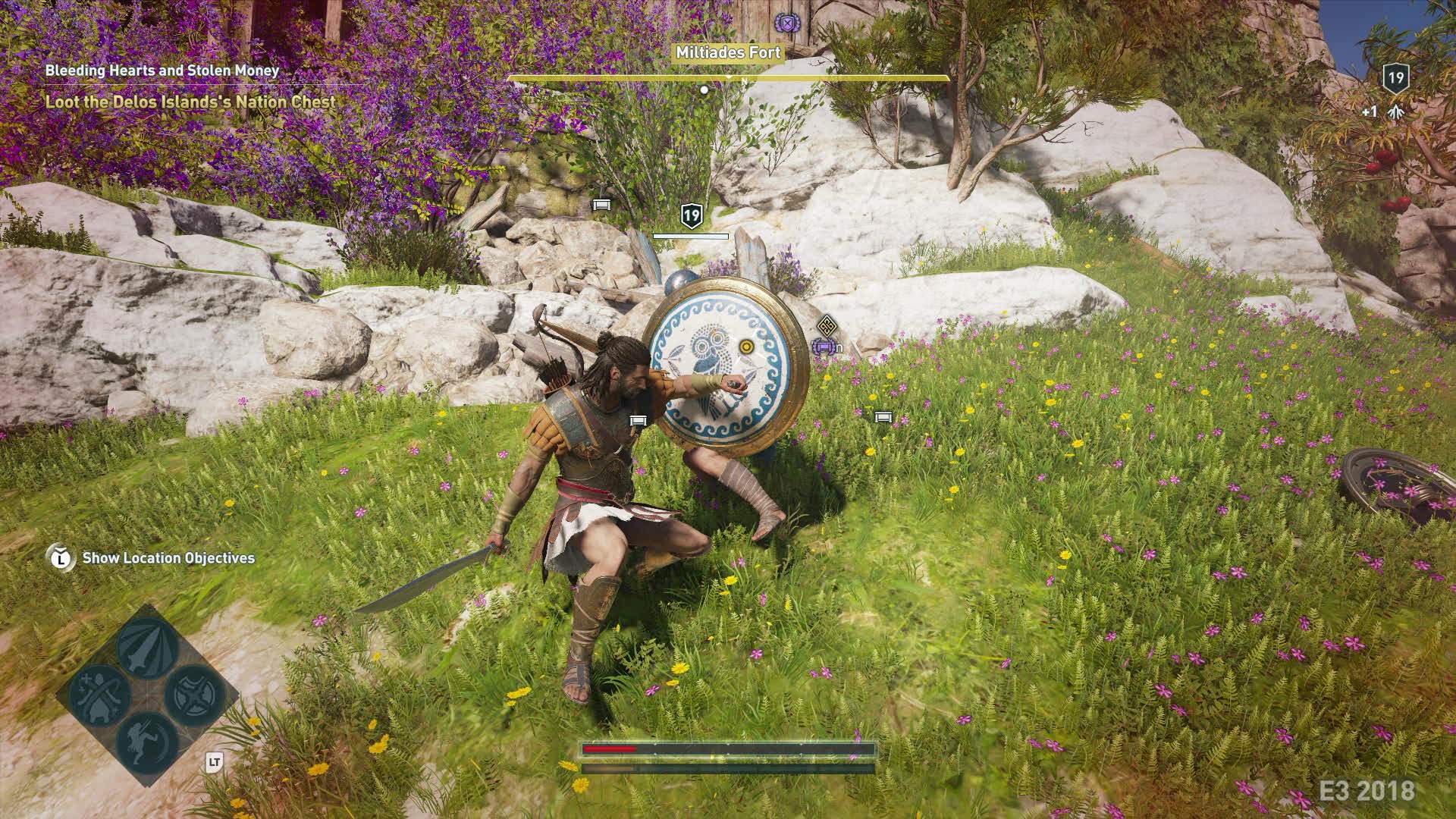 The world that Odyssey is set in is the biggest and most unique world that Assassin’s Creed has ever seen. It is unique in that there are 27 regions each of which is Spartan or Athenian. Each of these regions can become weak and then can be invaded by the opposing teams army. You can also control which states become weak by performing contracts to help weaken or defend regions. 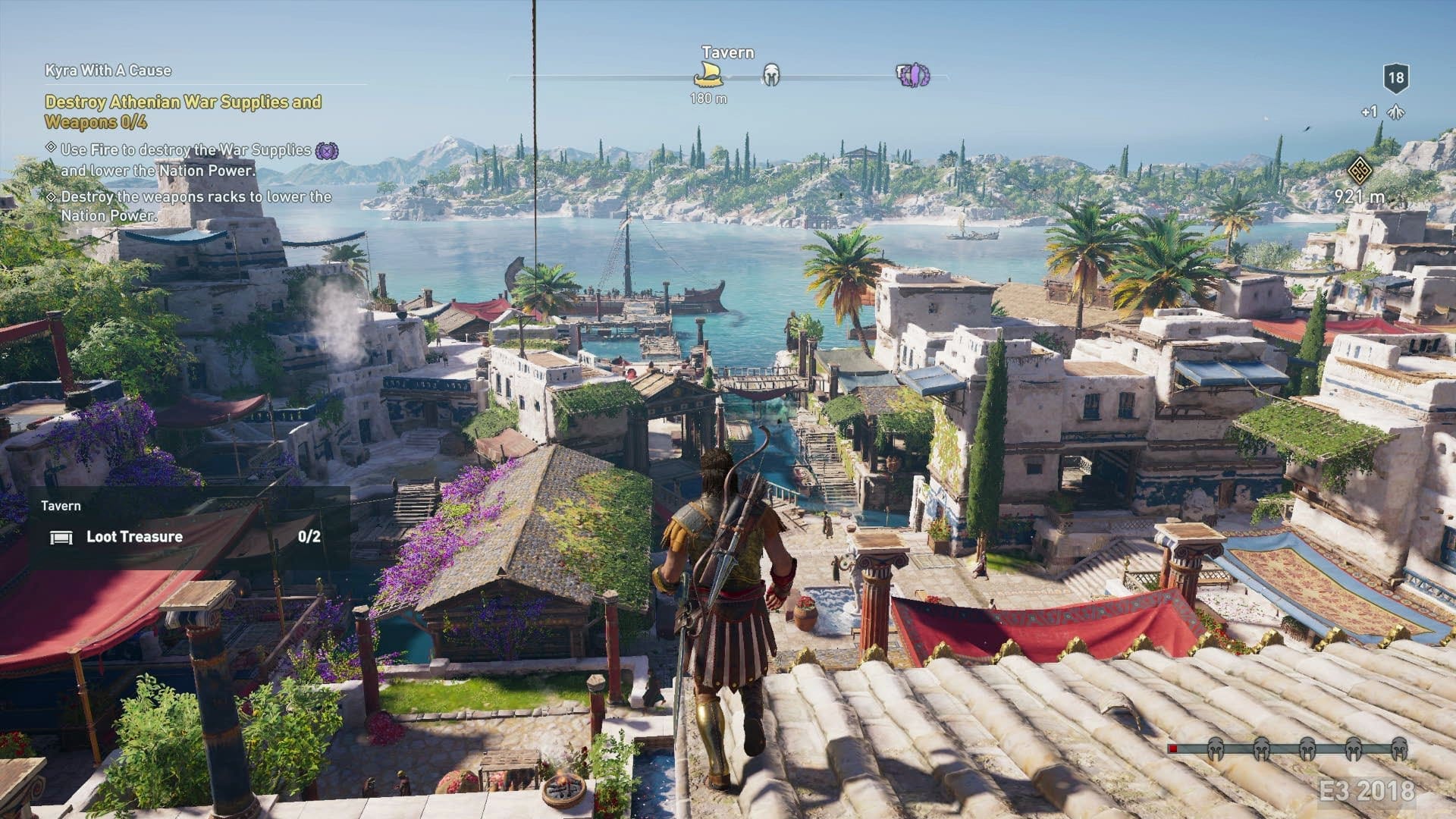 For those who played Origins there is also the same style of menu as that game but seems more in-depth this time around. 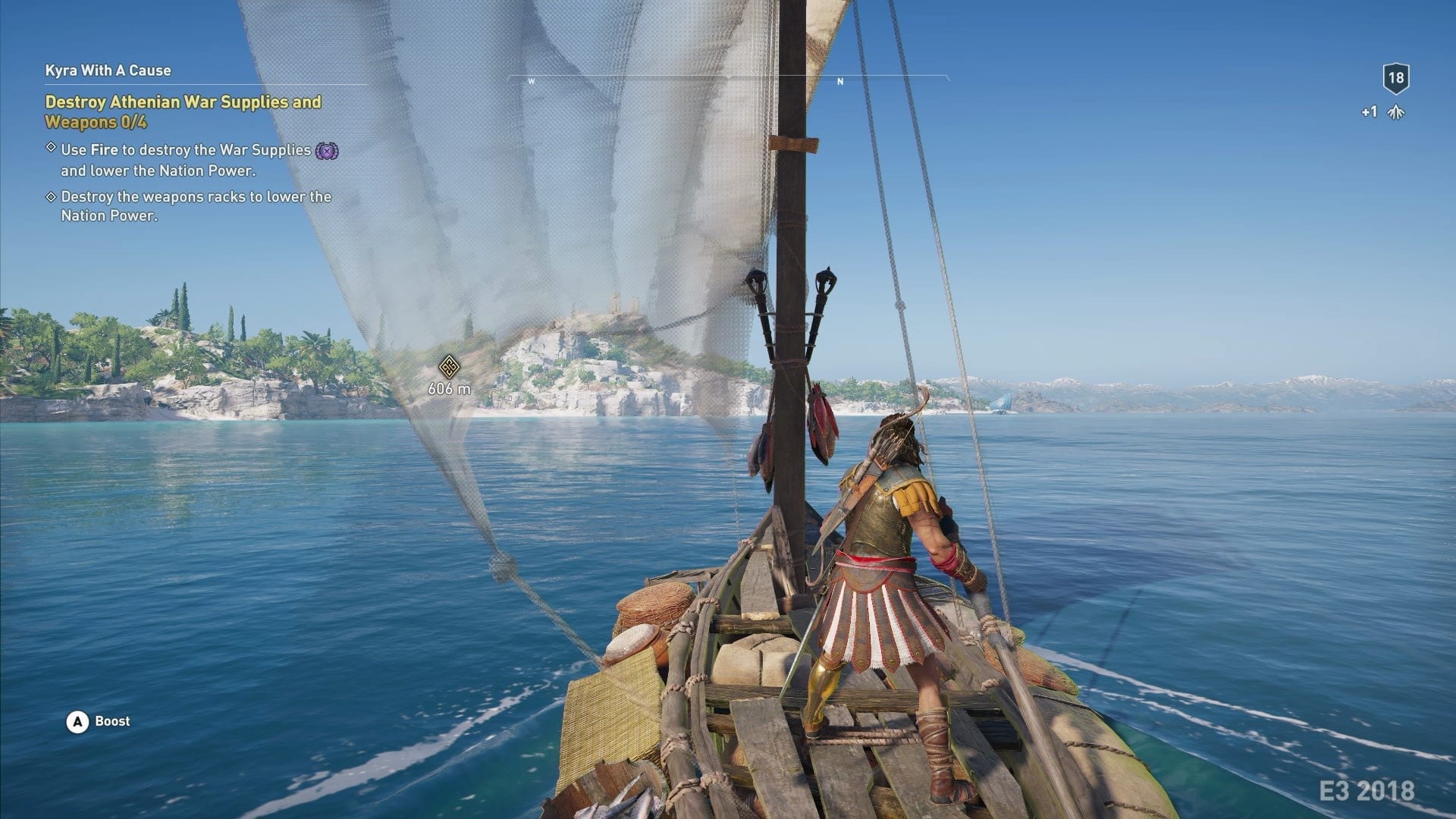 As you can see from this screenshot the inventory system seems similar to the previous game. However if you look at the hood in the item slot you can see it is red but on the character it is dark Grey. This shows us that there is a lot more customisation available to play around with. We can also see items that are used for crafting up the top of this section. This means that you will be able to upgrade your kit and might not even have to find yourself a new weapon/armour if you like the one you have. 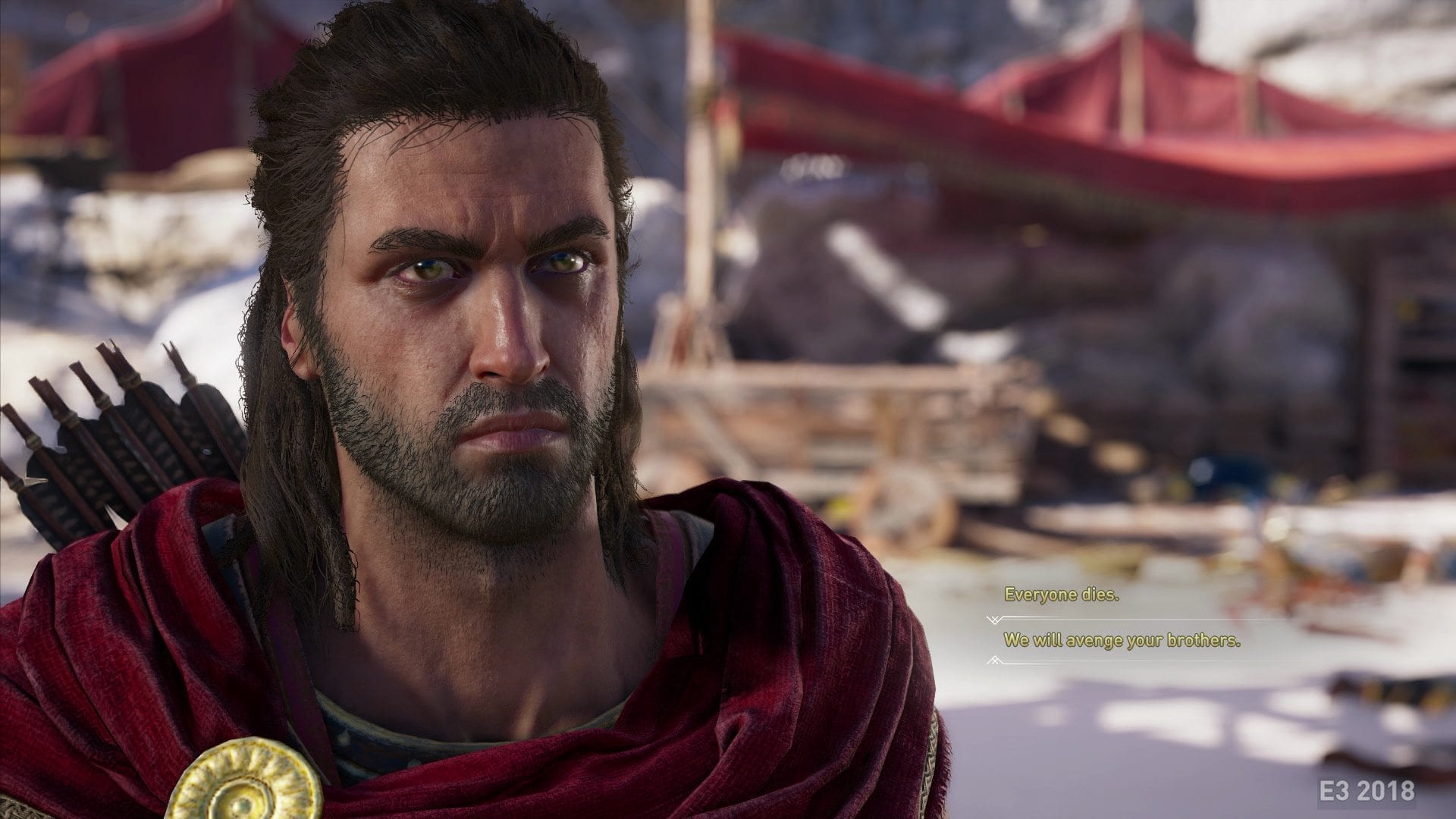 Also you get a bird again – just like in Origins. This is a great feature if you ask me and adds more to the game that just travelling from place to place knowing exactly who to speak or kill etc. 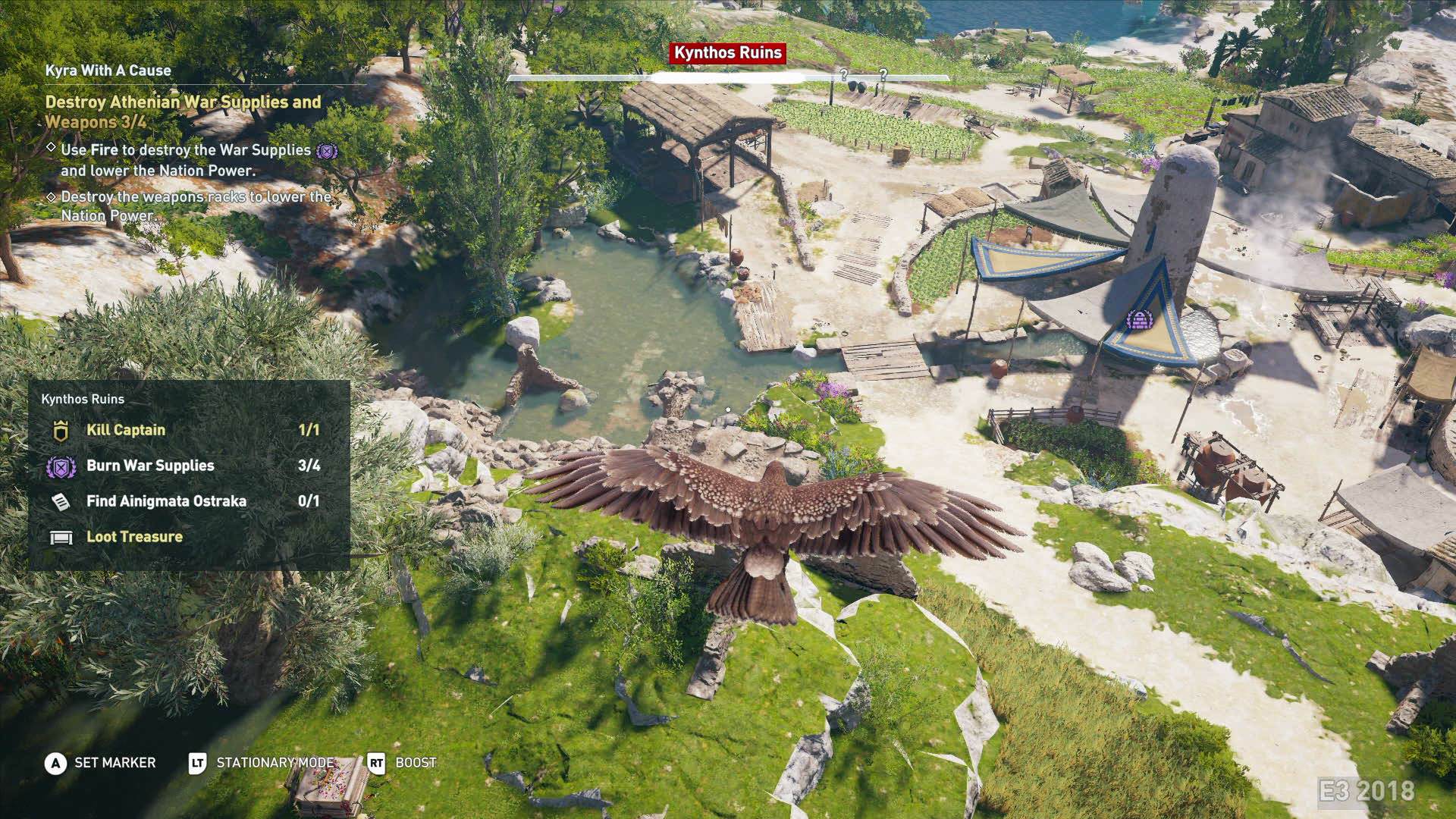 Skill trees are also back and similar to last years game. You can also see the kick move at the bottom in the middle which was shown off on the first trailer for the game. 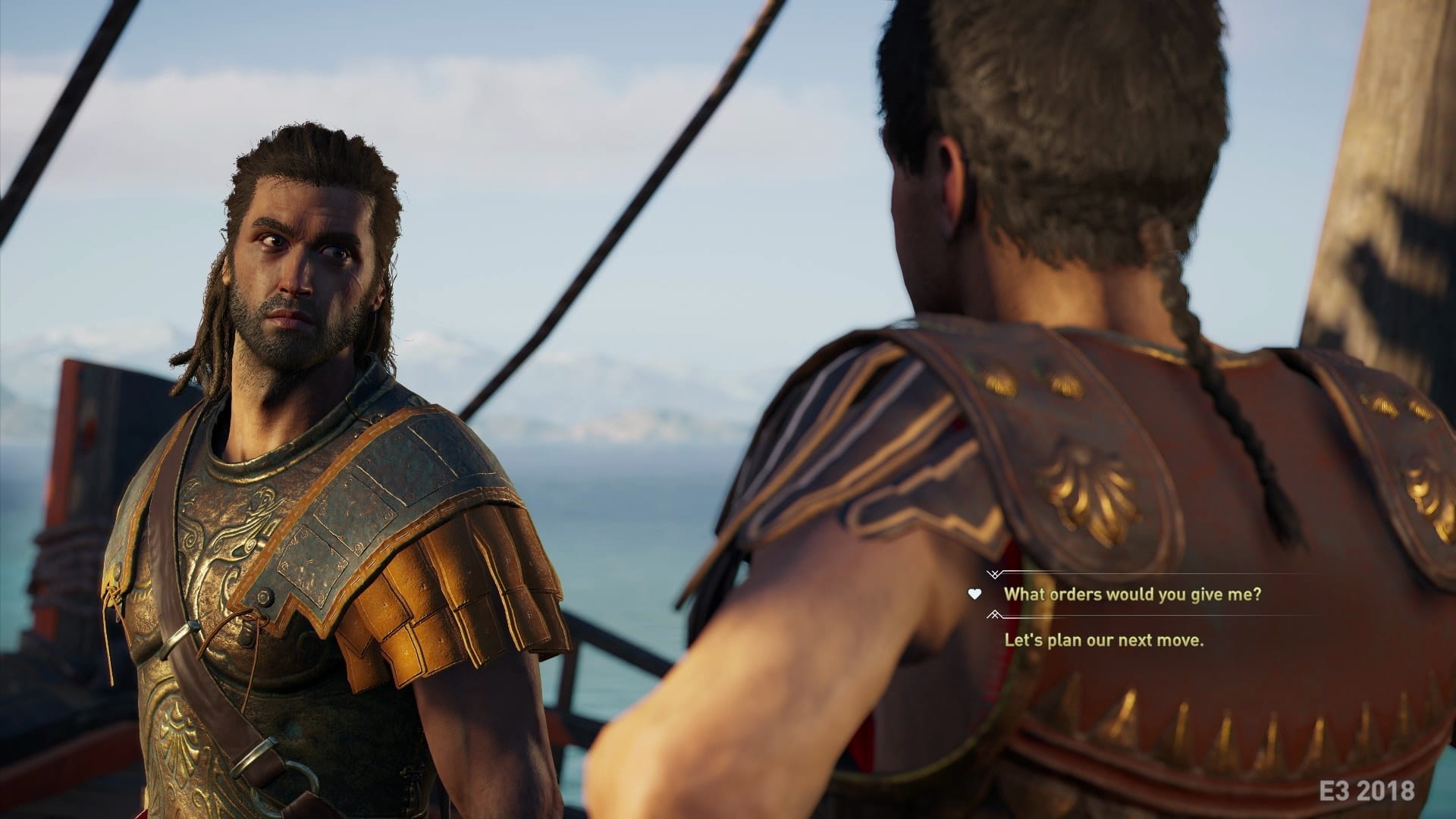 There are also skill points for stealth which makes it a much more viable option than in Origins. 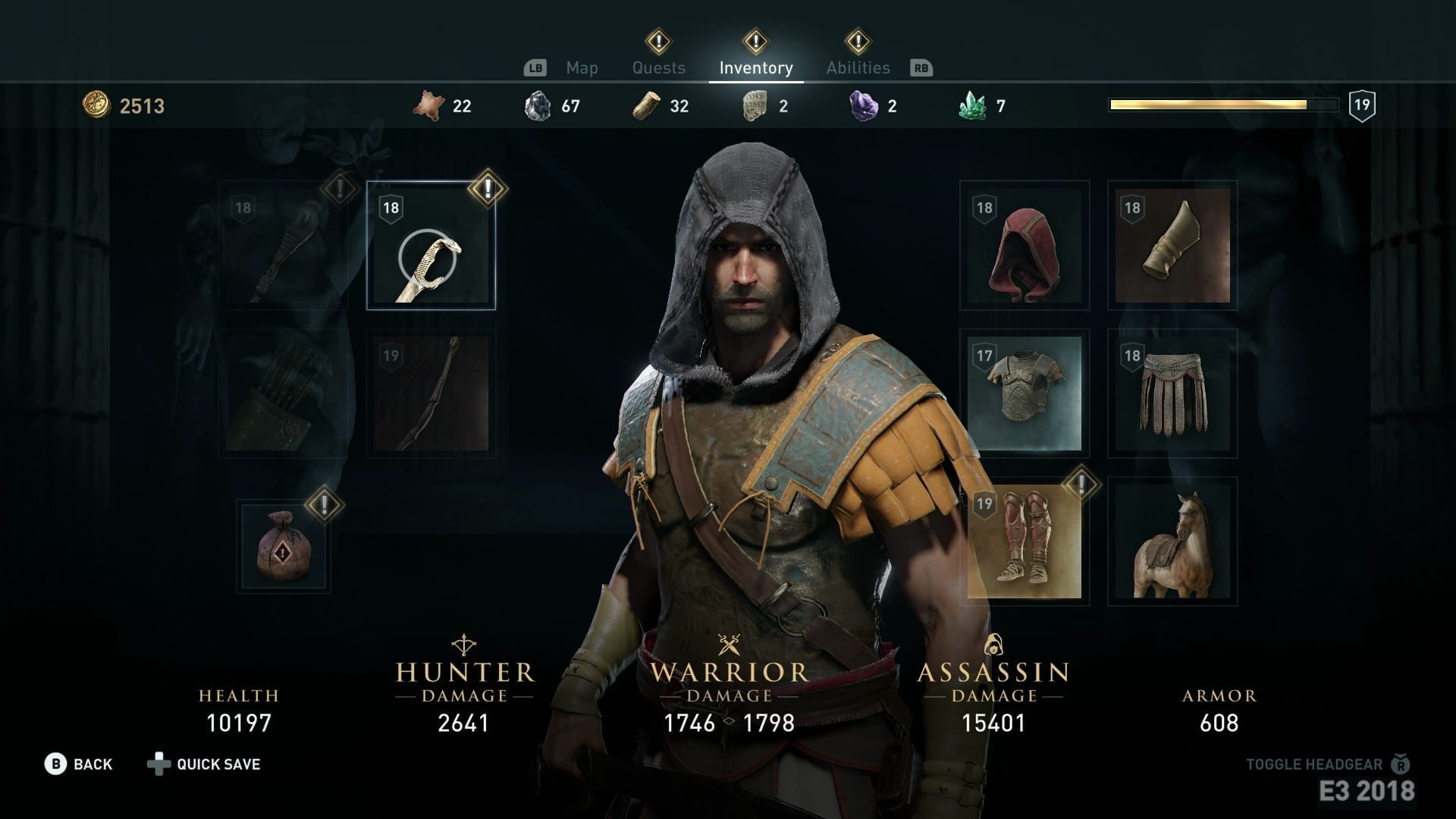 As well as massive sea battles there will also be massive land battles. Shown in the gameplay trailer last night we saw a massive brawl that was on the beaches of the island that they were wandering around. It also showed a lot of new mechanics and moves that you can perform. The best of these was ripping a mans shield off of his arm and throwing it back at him knocking him down. 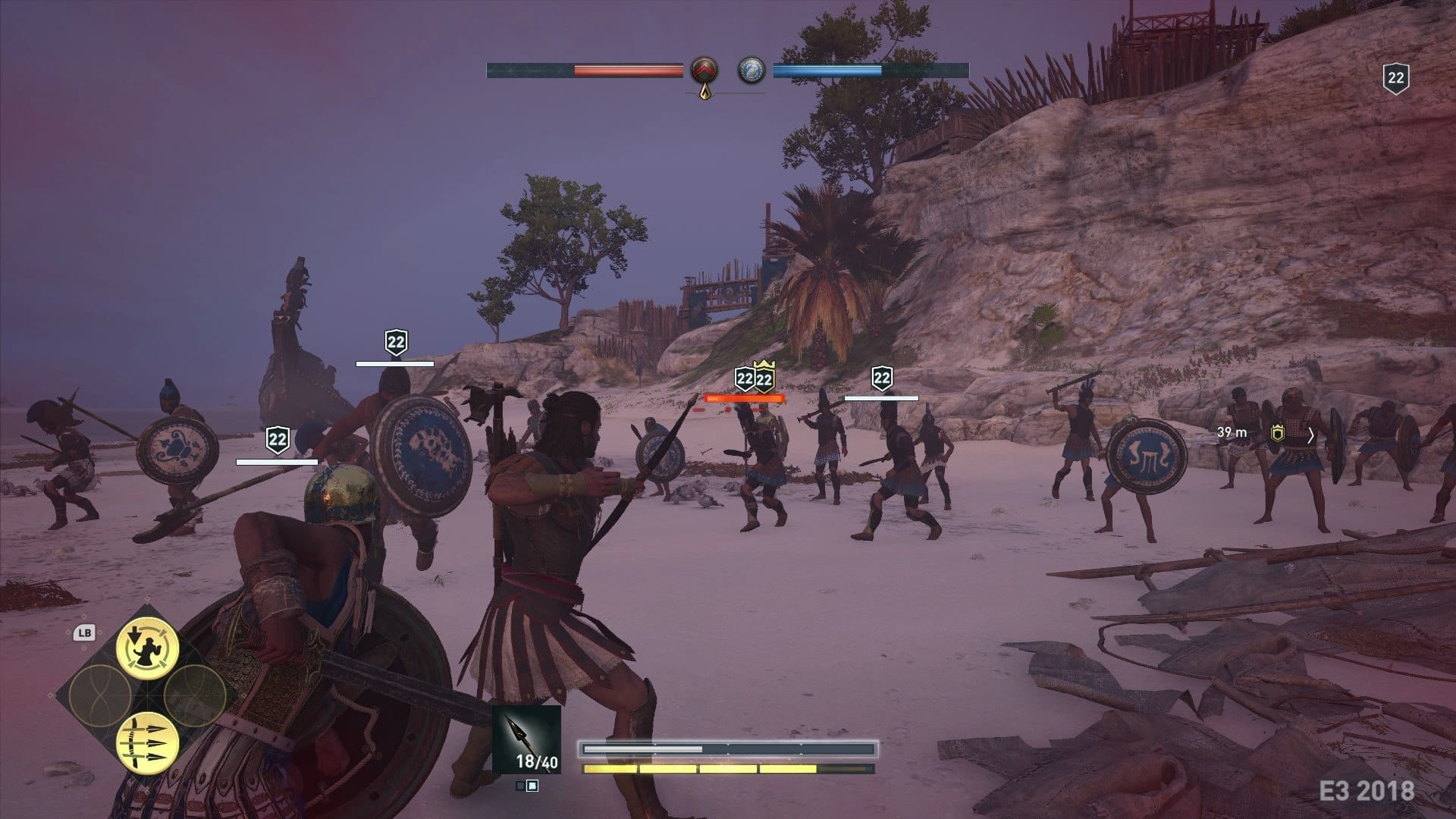 You can also flirt in the game. The devs have also said you can flirt with whoever you want no matter your gender. This is a great step forward as a few years ago this would not have happened. To all the people who say that it isn’t historically accurate then you must have fallen asleep in history as the Greeks are notoriously bisexual. Now you can fill out that Greek fantasy you have always had – whatever it may be… 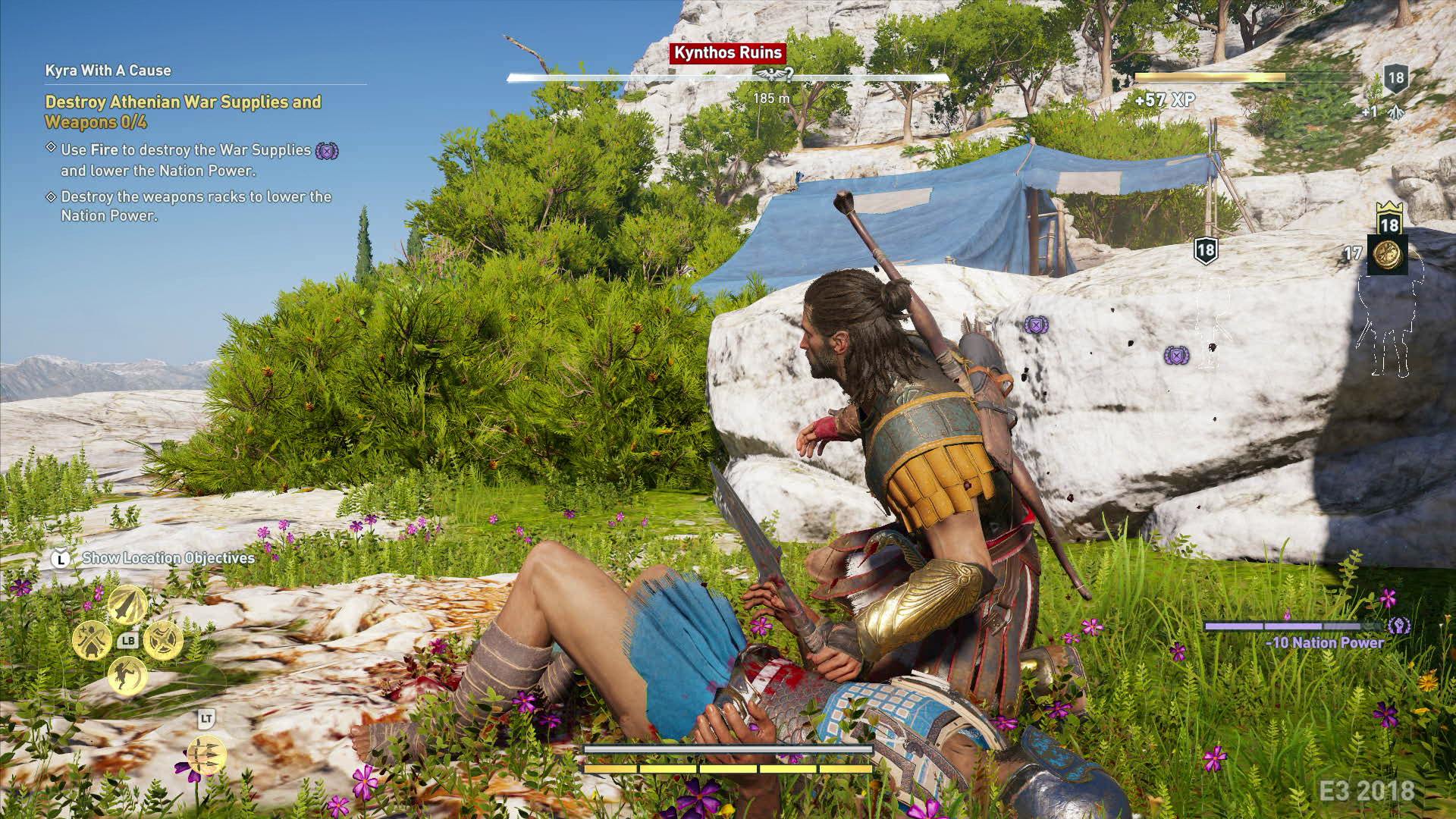 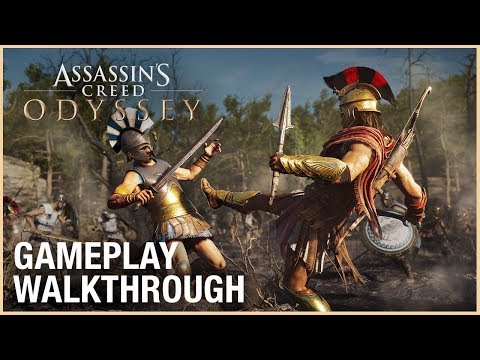