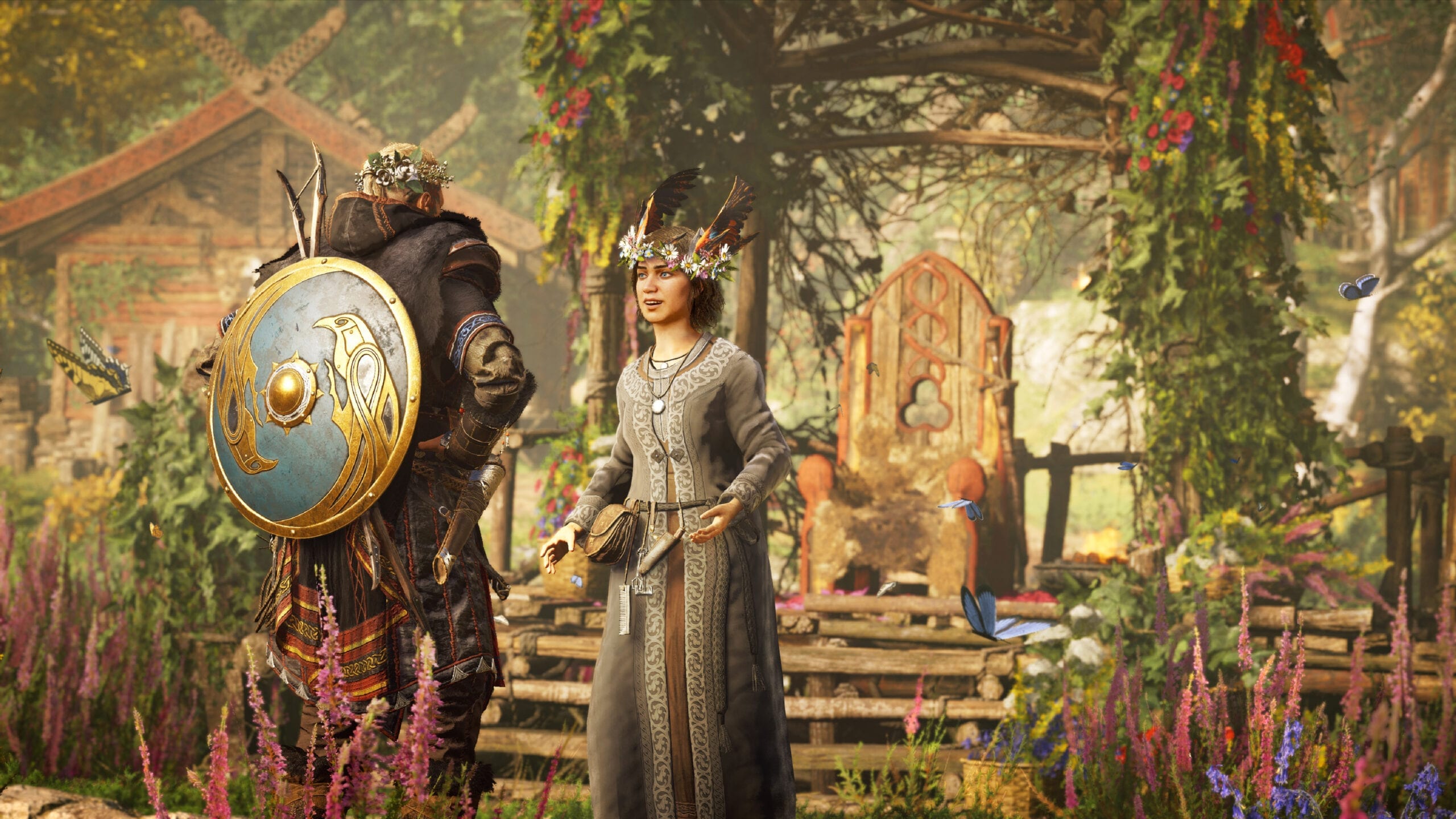 According to reports, parts of the recent seasonal update for Assassin’s Creed: Valhalla were removed due to it causing game crashes [via PC Gamer].

It’s a festival that brings new mini-games, quests, and gear to unlock. As well as enough in-game Flower Power to throw anyone into a hay fever-induced sneezing frenzy!

From what I’ve played of the event so far, it’s fun and I particularly enjoyed the Easter-inspired Egg Hunt. However, not everyone has been enjoying the free event.

Since the event launched, players reported that their game has been constantly crashing.

“We’re aware of increased instances of crashes in and around Ravensthorpe since the release of Title Update 1.2.0.

“Our team is working on a solution that should be ready sometime next week. We thank you for your patience in the meantime.”

Following Ubisoft’s investigation into what might be causing the crashes for some players, it was discovered that the new decorations of the Ravensthorpe settlement were the culprit.

Ubisoft said in a follow-up tweet: “We’re deploying a server-side hotfix to address a rise in crashing near Ravensthorpe. Settlement decorations will be temporarily removed and Ostara Festival quests involving decorations will not be completable.

“Thanks for your patience as our team releases a permanent fix soon!”

So if your Assassin’s Creed: Valhalla game has been crashing since last week’s update, you can blame those pesky Flower Power decorations! At least we know a more permanent fix is coming soon.

In recent Assassin’s Creed: Valhalla news, the release date for the first expansion “Wrath of the Druids” was announced!

Have you been experiencing any crashes since the Ostara Festival began? Let us know across our social media channels.