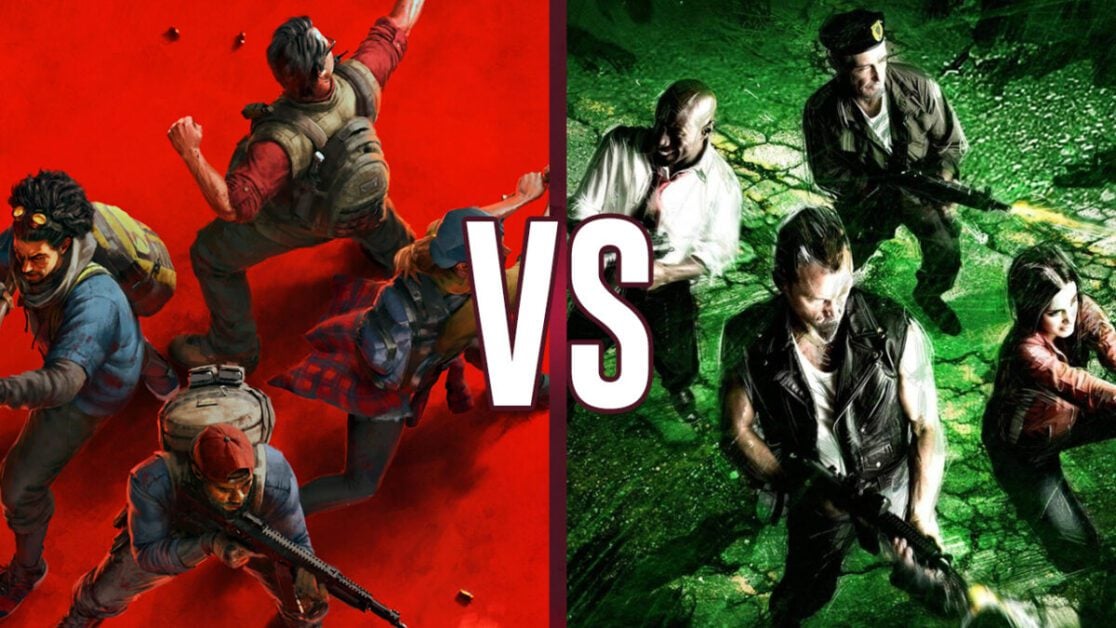 Back 4 Blood’s beta is back after a short break and is now open to all! If you haven’t already checked out our impressions of Turtle Rock Studios’ co-op zombie shooter, you can go read GameByte’s preview here.

One thing that’s glaringly obvious though are the comparisons made between this and the developer’s earlier Left 4 Dead. Created under Valve back in 2008, the Left 4 Dead series has remained an extremely popular multiplayer game in the 13 years since its original release, still amassing an average of 25,000 players during peak hours.

So what are the main differences between the two then? We’ve picked out a few examples to be aware of before you jump into the beta tonight.

Turtle Rock’s co-founder Phil Robb told GameByte “Once upon a time, we played a game just for the experience. No other rewards required besides a fun time.” Left 4 Dead had no such progression system. There were no ranks to climb, skills and weapons to unlock, nor were there any microtransactions or battle passes. And that was fine, because the game never felt like it needed those features.

In fact, every level was unlocked from the beginning and you didn’t even have to progress through a linear series of campaigns to unlock more. Turtle Rock and Valve knew to prioritise gameplay first, and the community followed.

On the other hand, Back 4 Blood features a couple of variations on modern progression systems. The cards system is a big part of this, where you roll through a deck of cards that provide different benefits to your team. This includes both active abilities and passive effects. You can also collect points throughout each of your campaign runs that’ll allow you to purchase new cards.

Meanwhile, during your runs you can pick up copper which can be used to purchase weapons, equipment and other usable items during that playthrough. These shops appear in every safehouse, as well as during specific points of each mission. You can still find items like this dotted throughout the missions themselves, but the shop gives you a bit more variety in what items you can grab.

One major difference between Back 4 Blood and Left 4 Dead are the versus modes. While co-operative campaigns are the core focus of both titles, they also both feature a PvP mode that pits a team of humans against a team of zombies.

In Left 4 Dead, the versus mode features both teams playing through the campaign as they would in a co-op game. Team A will go from the first safehouse to the end, and it’s up to Team B as the infected to try and stop them. When the survivors either reach the safe room, or are all killed, the teams swap over and Team B attempts the same. Points are added up and the team with the most points at the end of the campaign wins.

Back 4 Blood does not feature this mode, to the point where much of the community has voiced their dissatisfaction with this choice. It instead has both teams fight for survival on a small map while a shrinking ring forces them into a specific area. It feels like a mix of Battle Royale and Versus Survival, a bonus ‘mutation’ mode from Left 4 Dead 2.

I can’t say I’m massively into Back 4 Blood’s versus mode yet, but it may grow on me with the full release. Having played the two campaigns available in co-op, I can definitely see why they wouldn’t work for Versus. Maybe with some design tweaks and community support, Versus Campaign could be something for Turtle Rock to add further down the line.

Booting up Left 4 Dead was pretty simple. You launched the game, got to the main menu, and could select your mode and begin playing from there. The system wasn’t too confusing and the game did a great job of balancing the space and size of the icons onscreen.

Back 4 Blood instead puts you into a hub area called Fort Hope. It’s a fortified area where you can upgrade your cards, test out each weapon in the game, and start matchmaking. Its main purpose is to provide a more immersive way of navigating option. Instead of clicking through menus, you can now move around and interact with other characters and players.

I actually think I prefer Back 4 Blood’s hub area over Left 4 Dead’s menu. Sure, a traditional menu is fast and to the point, but I have so many memories of waiting around for what seems like forever on a player who wasn’t ready. You don’t have much to do but stare at a static menu screen.

But in Back 4 Blood, if one player is taking a little too long to be ready, I can run around Fort Hope. I can test out the weapons in the firing range, update my card deck, or even troll my friends by throwing molotovs at their feet.

So those are the main differences between Back 4 Blood and Left 4 Dead. As we now know from the beta, there are a lot of similarities which come from Turtle Rock simply wanting to have a second crack at the genre. We can’t blame them for implementing many of the same design choices. After all, Left 4 Dead still amasses thousands of players each day. It’s obviously still a popular title.

Which do you prefer, Left 4 Dead or Back 4 Blood? Let us know on our social media channels!