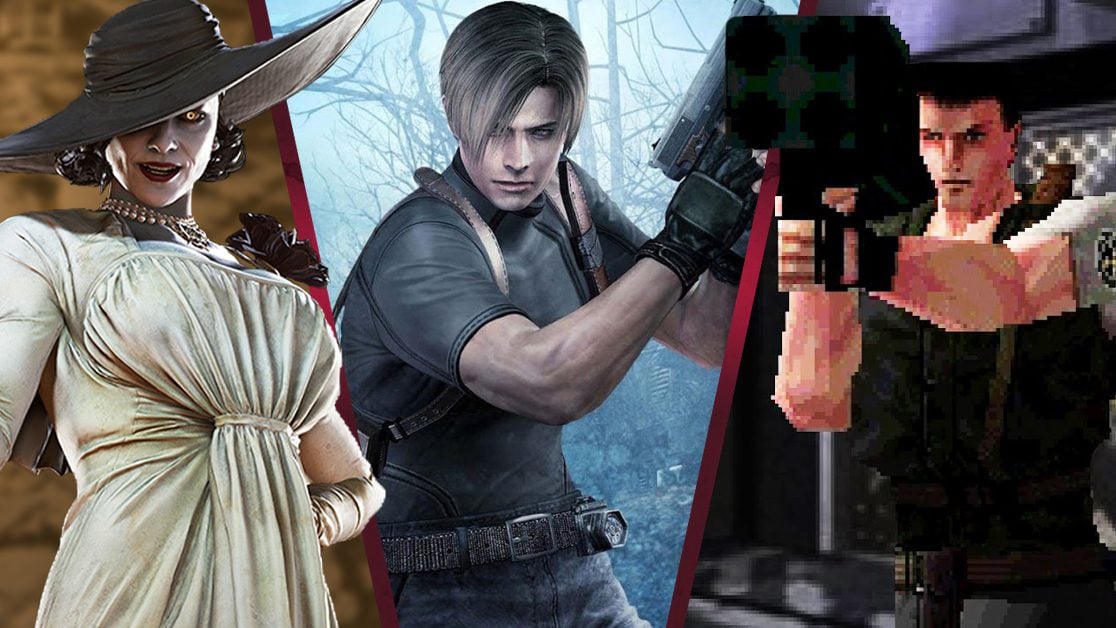 The Resident Evil series is among one of the most popular horror games of all time. Its legacy spans 25 years, and has seen countless iterations of survival horror, third-person action and many more. Here’s our ranking of the best main Resident Evil games, from worst to best. No spin-offs and no remakes!

Easily the worst game in the series. It’s really hard to top the much superior Resident Evil 4, but there’s absolutely minimal charm here. The co-op gameplay feels undercooked, the enemies all rather fit into the same mesh, and the game takes many liberties with its story that seriously annoys some fans (justice for Jill Valentine!). The story also seems to struggle with its own messaging, housing both an anti-colonial tone alongside some blatantly racist imagery. Still, I can appreciate it for giving us the boulder punch meme.

Yes, I do rate Resident Evil 6 above 5. It’s still not great, but it’s a fun ride. Splitting the number of campaigns across four different groups of characters, each with their own tone and gameplay style, is a unique way of keeping in with the “multiple scenarios” vibe of the classic RE games. If you prefer the darker, older games you can play Leon’s scenario. Meanwhile, if you liked Resident Evil 5 then Chris’ story might be more your thing. Seeing the way each perspective crossed over with each other was also a fun way to piece together the story.

Don’t bite my head off, but I don’t like Resident Evil Village all that much. It has a bunch of great sequences; being hunted by tall vampire women in Castle Dimitrescu, chased by a big baby in House Beneviento and shooting up BOWs as Chris are some moments that fit Resident Evil’s identity so perfectly. However, it also comes with many shortcomings. Moreau’s Reservoir feels like a low point of the game, while Heisenberg’s factory almost bored me to death. I wish Village had stuck to a consistent tone throughout it rather than juggling 3-4 different ones.

Admittedly, this is the Resident Evil I’ve played the least amount. A lot of Resident Evil Zero works well due to the power of the GameCube enhancing the graphics, animations and sound design. It makes sense that a game of this scope simply wouldn’t have worked on the Nintendo 64 as was originally intended. I have to dock points for the gameplay changes, however. The lack of an item box creates less of a need to backtrack through areas, meaning you’re not given the same chance to familiarise yourself with a location like in previous games. It’s not like the new item system in RE0 was bad, I just think it eliminated one of Resident Evil’s best features.

Now we’re getting somewhere. Resident Evil 3: Nemesis exists as the series’ transitional point from survival horror to a more action-oriented approach. It was great to see a bigger focus on Raccoon City, a location we’d only seen in brief glimpses during the previous games. Being pursued by Nemesis was a genuinely frightful affair, something that allowed the game to take the stakes much further than the two previous entries. Because of the amount of action in it though, I don’t enjoy it as much as some of the other titles in this list.

RE7 was the result of Capcom’s decision to revert the franchise back to its tight-knit survival horror roots. It introduced a new protagonist, location and perspective, shifting the horror into a first-person viewpoint. Exploring the Baker mansion, being chased by its inhabitants and discovering the dark horrors of the plantation makes Resident Evil 7 one of the scarier games on this list. Its tributes to films like Evil Dead, Texas Chainsaw Massacre and The Hills Have Eyes is also greatly appreciated. It’s let down by a boring final act, however, as well as not having enough variety in its enemy types. Besides bosses, you only really fight one enemy throughout the game. That’s no good!

While Capcom went a little overboard with its more action-slanted titles, Resident Evil 4 still remains an unparalleled gem. The opening village segment, the El Gigante boss fight and the house attack all deliver on the promise of making an action Resident Evil still quite scary. Switching to a third-person over-the-shoulder perspective also has its challenges, but you’re convinced by the end of the game that it’s the only serviceable way to deliver this kind of experience. If possible, play the Wii version of Resident Evil 4. It’s a fantastic conversion of a game designed without motion controls in mind, something which modern consoles seem to have left behind. And it recently got adapted to VR too, it’s showing no signs of slowing down!

The game that started it all. The very original Resident Evil was a masterpiece of what you could do with limited hardware technology but a limitless imagination. One of the earliest games of its kind, Resident Evil combined 3D character models traced over 2D background graphics to create environments that looked very realistic without much performance impact on the consoles of the time. Not only that, but the creative presentation of the mansion, enemies, characters and story allowed it to become a hugely effective horror game that was scaring us all when we were children.

The best Resident Evil game is Resident Evil 2 and I’ll tell you why. To start with, the grandiose setting of Raccoon City Police Station offers a glimpse back to Resident Evil 1’s mansion but on a bigger scale. Despite being a large, complex location, it still has that sense of intimacy that you got with the first game. It’s intimidating and confusing at first, but as you progress through the game you begin to learn the layout more until navigating it becomes natural. Meanwhile, the two scenarios you can choose between also elevates the story in so many interesting ways. Leon A has many different implications to Leon B, and Claire’s story likewise. It’s a game from 1998, yet I don’t think any title since then has come close to emulating that same bold approach to the genre.

Do you agree with our list? Which is the best Resident Evil game? Let us know on our social channels!