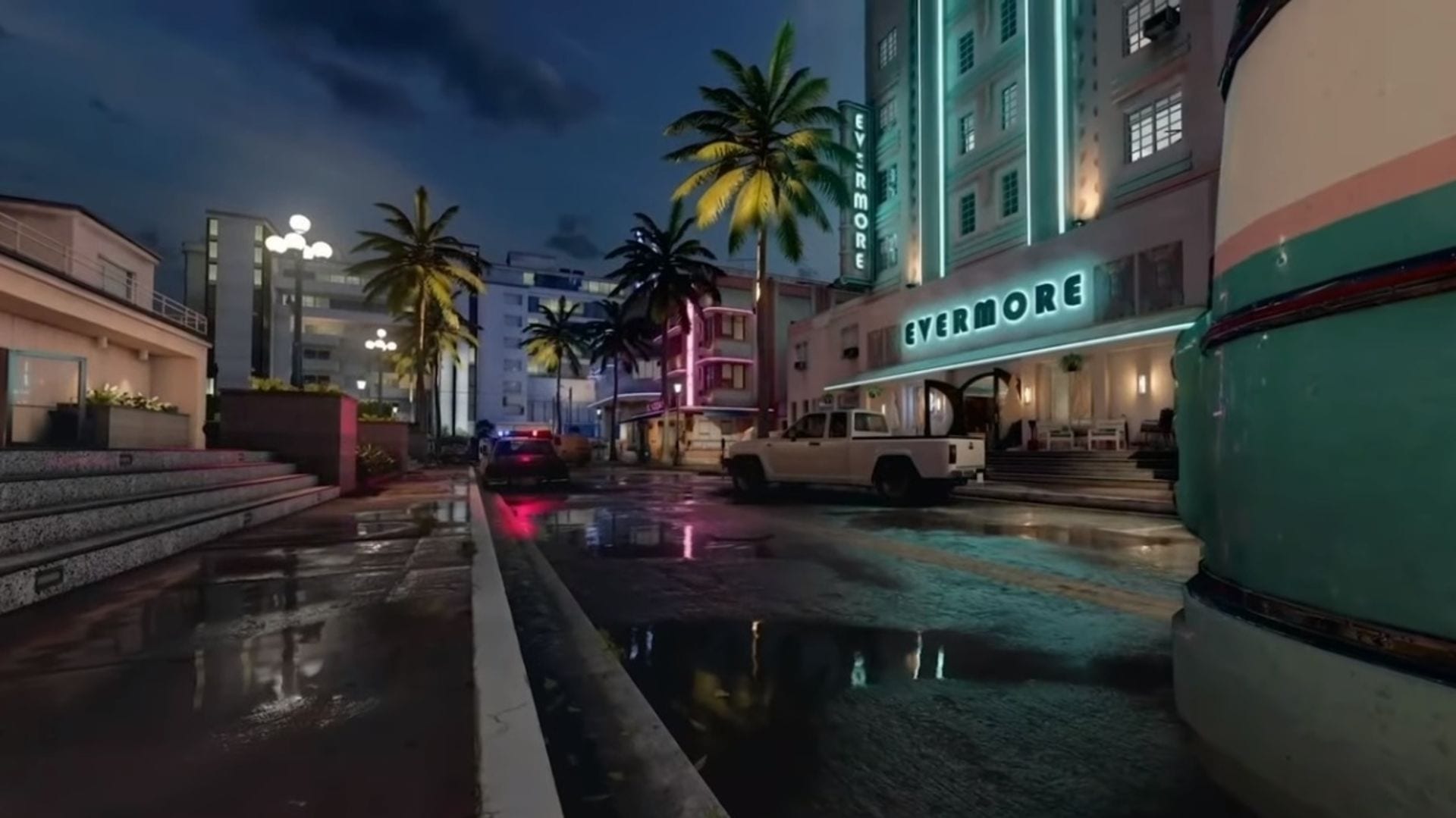 Call of Duty: Black Ops Cold War players are going to feel the heat of a new Miami multiplayer map, coming to the game very soon!

The new map in question is the sunny Miami Strike, officially revealed in a short teaser clip by the developer of Call of Duty: Black Ops Cold War on Twitter.

“Sun’s up, guns up. Miami Strike comes to 6v6 next week with a new close-quarters layout and 24/7 playlist,” said Treyarch in a tweet.

The map certainly gives me Grand Theft Auto Vice City vibes, and with Miami Strike being described as a “close-quarters layout”, it will be interesting to see if it favours weapon choices such as the shotgun and SMG.

However, I have no doubts that those pesky snipers will find a cosy spot to pick you off from at a safe distance.

The Miami Strike map also looks like it has loads of obstacles and objects to take cover behind, as well as plenty of bends and narrow alleys. So I hope that it doesn’t favour campers with shotguns, but we shall see.

At this time the Miami Strike map will only be available for 6v6 modes, though it will be interesting to see if the map is also suited for the popular 2v2 Gunfight mode a little later down the road.

While Miami Strike doesn’t have a set release date as of yet, we do know it’s coming next week, so we won’t have long to try out the map.

In related Call of Duty: Black Ops Cold War news, the fan-favourite Hardcore mode recently made its way into the game, perfect for players who want an added challenge to the multiplayer.

Do you like the look of Miami Strike? Let us know across our social media channels.

Call Of Duty: Black Ops Cold War Is Getting Another Free To Play Week