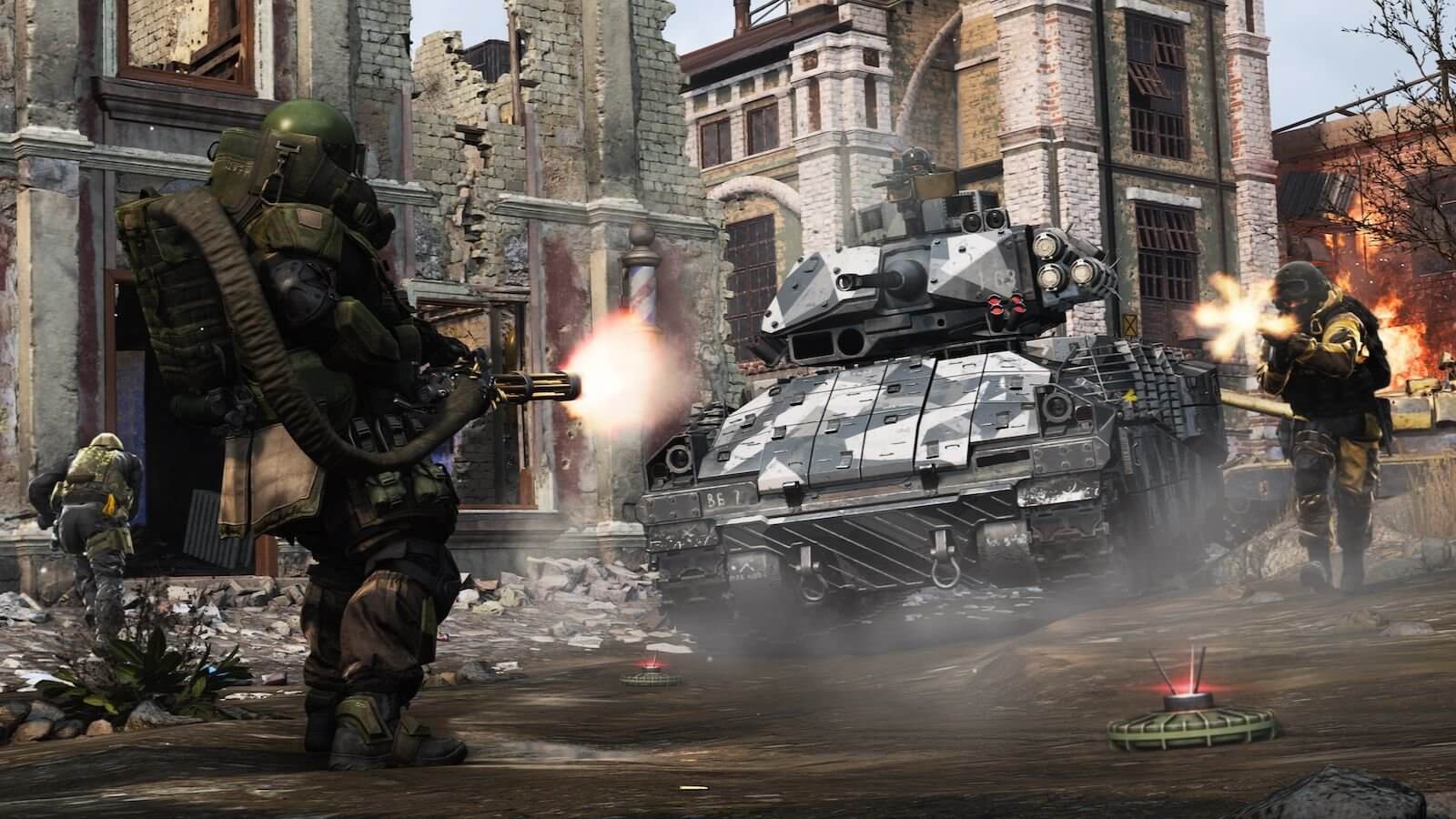 Call of Duty: Modern Warfare launched to critical acclaim but that doesn’t mean it’s been a perfect ride for the Activision game. There’s been a number of issues for players since the title came out last month, and though some have been patched, there’s still a long way to go.

Over on Twitter, Modern Warfare’s Multiplayer Co-Design Director Joe Cecot has been pretty vocal in his conversations with players, taking their feedback and outlining future plans for the game.

Cecot recently suggested that Ground War might be the next map to get an update, agreeing with fan outcry over the OP tanks. He responded to pro player FaZe.A Pamaaj saying: “We need to nerf the tanks a bit.”

The tanks in Modern Warfare’s Ground War are currently a sore spot for lots of multiplay players, as they’ve become a popular place for people to camp in. Camping in the tanks makes it almost impossible for players to win, leading to a very skewed match.

When we might see something done to the tanks remains to be seen, but at least the game devs know about the issues.

The comment led to several discussions from players, with one user tweeting: “Will the killstreak tank also be nerfed just like the ones in game? I think the Killstreak tank should be left alone since it takes work to earn it. Now the tanks in the game you can just jump in, that is a much needed nerf, thank you.”

Another said that, despite being powerful and a place for campers, the tanks shouldn’t be nerfed at all.

“You can’t nerf a tank in real life. It’s a tank. It’s meant to destroy things and people. Leave it as it is. You was going for realism wasn’t you?” they tweeted.

With new content coming to Call of Duty sooner rather than later, let’s hope this bugs and kinks get sorted out ASAP!