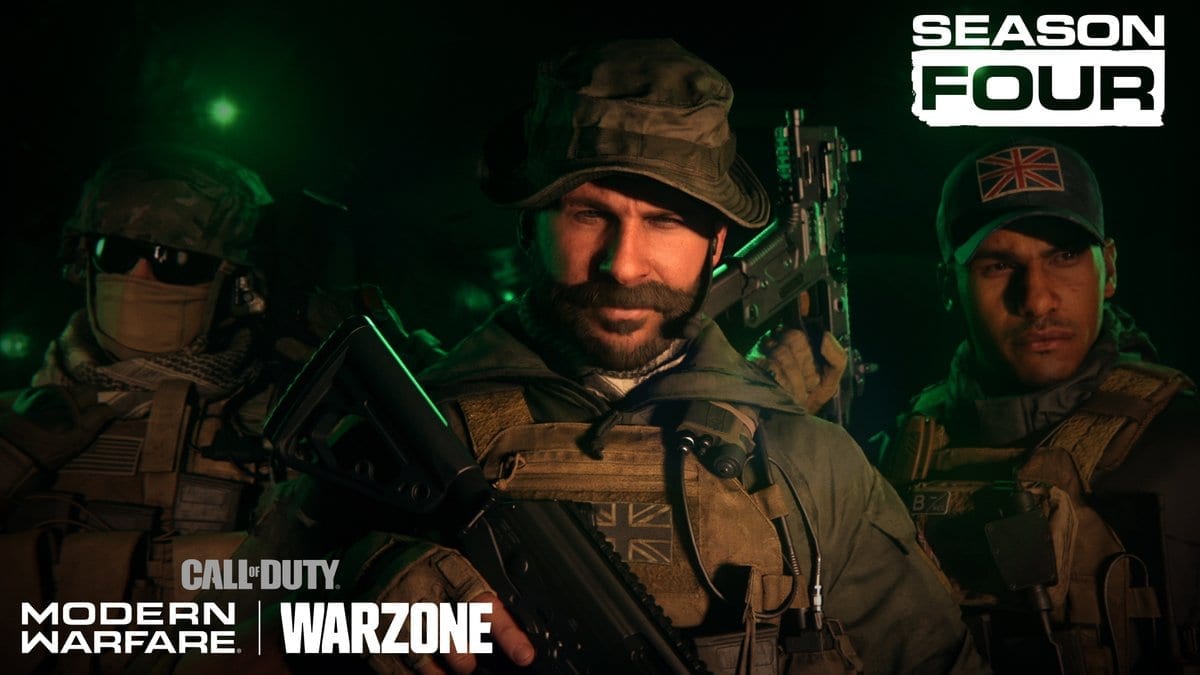 The fourth Season of both Call of Duty: Modern Warfare and Warzone has been delayed, and quite when we’ll be getting it has been anyone’s guess – until now. An eagle-eyed dataminer has stumbled across what appears to be the launch date for Season Four, nestled deep within the games’ files.

Before we get into this, it’s important to note that incorrect data is sometimes left within patches and updates, so there’s still a chance that the following date might not be accurate. Everything is subject to change when it comes to live-server games, so take the “news” with a pinch of salt until we hear official word.

The rumour comes from Twitter CoD leak account, @ModernWarzone, who recently took to the platform to share the knowledge of a supposed release date of June 9th. It’s speculated that the drop will happen around the same time that the usual Tuesday updates land for both Modern Warfare and Warzone.

Retweeting the info from dataminer TheMW2Ghost, ModernWarzone added: “We can now give 99% verifiable confirmation that #Season4 of #CallofDuty#ModernWarfare and #Warzone will be available at the normal Tuesday update time on June the 9th.

“So 11 PM PST. This information is directly from the files, and has been verified through multiple sources.”

The launch of Season Four was officially delayed last week, when Activision issued a statement on the current civil unrest which is sweeping the globe following the death of George Floyd.

“While we all look forward to playing the new seasons of Modern Warfare, Warzone and Call of Duty: Mobile, now is not the time,” said Activision.

“We are moving the launches of Modern Warfare Season 4 and Call of Duty: Mobile Season 7 to later dates.

“Right now it’s time for those speaking up for equality, justice and change to be seen and heard. We stand alongside you.”