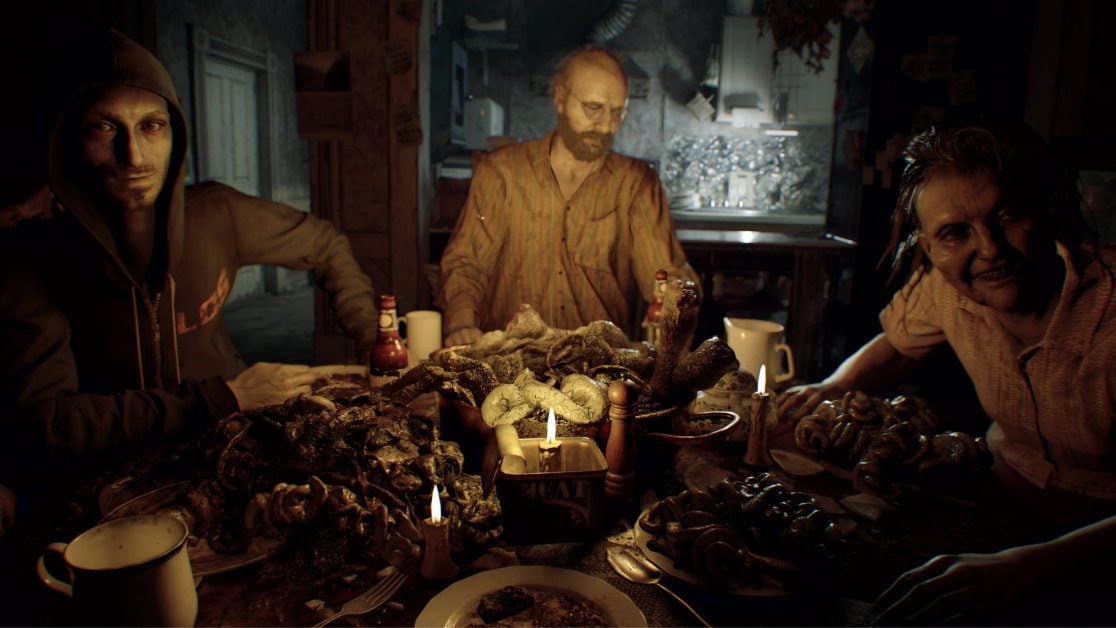 In a video uploaded to the Biohazard YouTube channel, survival horror and Capcom legends Shinji Mikami and Jun Takeuchi were discussing 25 years of Resident Evil. However, that video has since been made private. Luckily, VGC was able to report the story.

Before Resident Evil 7 was announced, Capcom promised the ideas of online multiplayer, microtransaction and live service. Who knows what shape RE7 would have been released in? However, I think it’s fair to say that it wouldn’t have been as well received.

“So, we were being told ‘make this, make that, it was really hard on the directors at the time,” said Takeuchi. “Online multiplayer’ this, ‘downloadable content that. ‘Ongoing service games! Microtransactions! Make a Resident Evil game that ticks all those boxes!”

He continued: “Seriously, there were so many demands… those poor directors. Finally, our president,[Kenzo] Tsujimoto stepped in. He’d heard about all the unsuccessful attempts at that point. So, this is one of those unforgettable moments for me.

“It was January 4, the first working day of the new year. The president called me to his office. ‘Resident Evil 7 is in pretty bad shape. Takeuchi-kun, step in and help make it!’ So that’s how I ended up working on Resident Evil 7.”

Resident Evil 7 went on to be a big success

Additionally, Takeuchi explained that when he joined the RE7 development team, he was a big advocate of bringing in the expertise of Koshi Nakanishi as the director.

Furthermore, not long after Nakanishi’s appointment, the live-service proposals were as good as dead and as Takeuchi puts it, they made “a regular old single player horror game.”

Resident Evil 7 went on to be a revival for Capcom’s survival horror series and recently, benefited from a new-gen upgrade for PC, PS5 and Xbox Series X|S.

Finally, in related RE news, all-time classic Resident Evil 4 is getting a remake releasing March 24th, 2023. However, that is not all, because Resident Evil Village is getting PSVR support.

Are you happy that RE7 never became a monetized monster? Let us know across our social media channels.